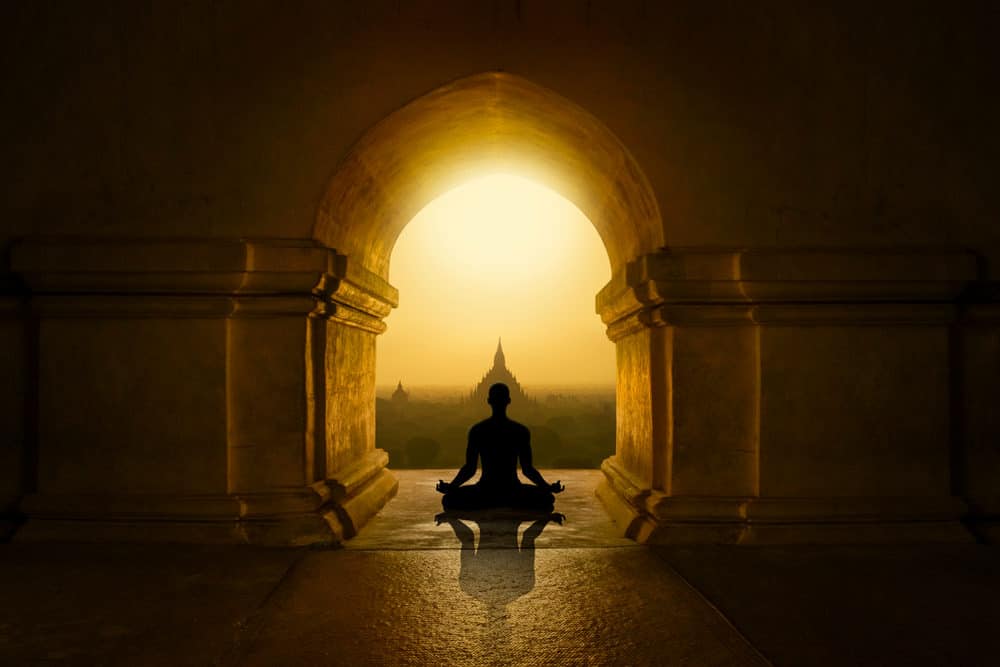 DISCLAIMER:  We do not maintain that yoga alone can or will help all people recover from addiction.  Our position is that yoga CAN help as it’s a healthy complement to recovery programs.

Unless you have been living off the grid, you are probably aware of two separate matters that have taken the U.S. by storm in recent years. One has had a positive impact on our country, yoga, while the other has ruined lives, broken up families, and ravished communities, the opioid epidemic.

On one hand, yoga has shown people new ways to combat many ailments, both mental and physical, and its popularity cannot be denied. In fact, a 2016 Study on Yoga participation in America showed a 50% increase in just 4 short years. Unfortunately, during this same time, the opioid epidemic tightened its grip on the entire nation.

In 2016 alone, more Americans died from drug overdose than in the entire Vietnam War and 3 out of 4 of those deaths were a result of opioids. This incredibly alarming fact led the government to declare the opioid epidemic as a public health emergency in 2017.

Yoga for Addiction Recovery to Opioids 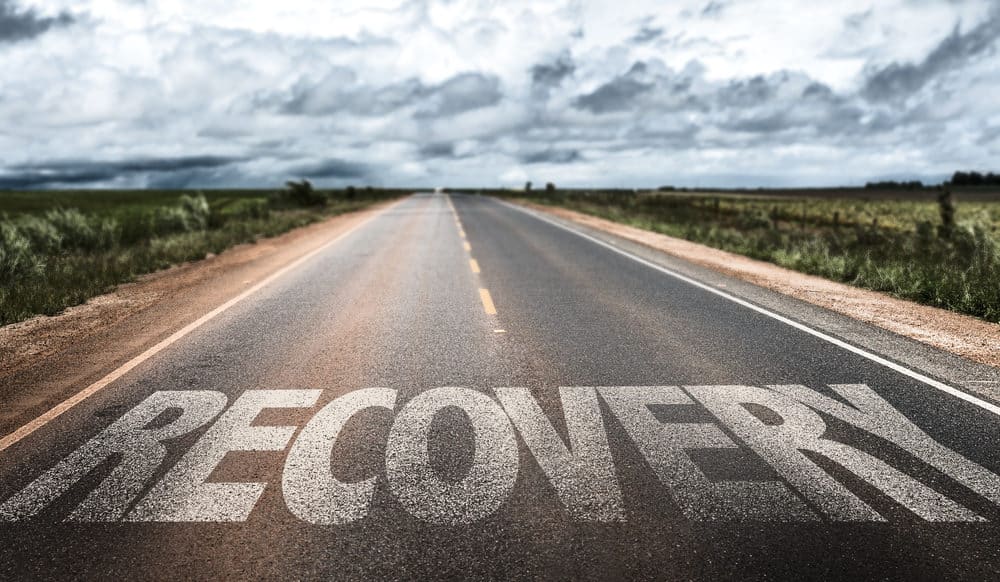 Knowing that opioids can be so addicting, people are looking for other solutions to treat their pain. Yoga is not a cure-all for pain management but when applied with other pain management solutions like exercise, stretching, injections, etc, it can be a great tool.

According to Kelly McGonigal who wrote the book, ‘Yoga for Pain Relief’ “To heal chronic pain you need to deal with both the physical issues, inflammation, muscle tension but you really need to deal with the psychological issues as well, like stress and depression, and that’s why yoga’s so perfect”.

Secondly, the government is continuing to limit the number of opioid prescriptions that doctors can prescribe, which has cut off the supply to scores of pain management patients. For example, in Arizona, The Arizona Opioid Epidemic Act which passed in 2017 has placed a ceiling on the maximum dose of opioids allowed for each patient.

The Governor of Arizona said he will be coming after those responsible for raising the death toll “all bad actors will be held accountable, whether doctors, manufacturers, or just plain drug dealers”. These actions have led more and more people to seek alternative pain management solutions, like yoga.

Not only is the government cracking down but also pain management doctors and doctors, in general, are becoming less willing to write these prescriptions for moral reasons and out of fear of being in trouble with the law.

Dr. Edgar Ross Senior Clinician at Harvard-affiliated Bingham’s Women Hospital said “Many doctors now refuse to prescribe any opioids because of the fear of sanctions. I have had several cancer patients whose pain was not well managed because of incorrect perceptions”.

Here are some common pain problems that Yoga can help with:

Real-life Example of the Advantages of Yoga for Addiction Recovery

Tommy Rosen, a yoga instructor, comes from a background of addiction and is now more than 23 years into the sobriety journey. The yoga instructor attributes his successful recovery from addiction to yoga. Tommy strongly believes that yoga for addiction recovery is an essential treatment for substance abuse and this is why: 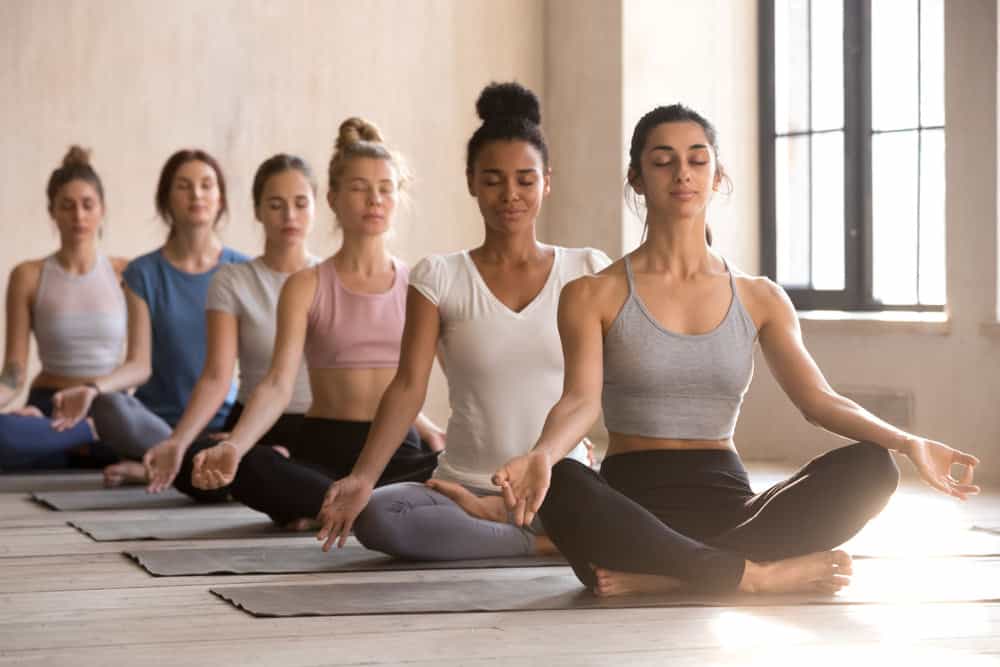 A combination of mental and physical techniques has proven to have the best results in an individual’s emotional, mental, and physical well-being. In fact, yoga is so helpful to a recovering addict’s mental health that an entire niche of treatment has been developed to teach the basics of yoga while people are in rehab. Holistic drug rehab

Because yoga involves managing the mind’s impulses and energy, yoga practitioners experience heightened mood stability despite outside pressures. A calm and stable mind plays a crucial role in the avoidance of self-injurious activities and behaviors like substance abuse.

Brain scans done on people addicted to drugs or alcohol show hyperactivity in certain parts of the brain that have a higher susceptibility to being self-interested and vulnerable to behavioral and mood disorders.

Yoga endeavors to free an individual from the idea of self. As such, yoga practitioners have greater connectivity to all parts of the brain. They have the ability to attain a form of cerebral stability that the brain of people addicted to drugs or alcohol lacks because their brain activity mainly focuses on satisfying their addiction.

Yoga offers a unique combination of relaxation techniques and physical exercises. It helps individuals connect the soul and mind with the body. In yoga, you are taught relaxation and self-control.

3. Replaces Artificial High with Natural Ones

Most people who are addicted to drugs or alcohol have a feeling of emptiness. In an attempt to fill that void, they turn to alcohol or drugs. Yoga teaches you to detach from your senses, draw your awareness away from external stimuli, such as substance abuse, and focus your attention inward.

You’re thus able to have a connection with your inner and higher self. Over time, the practice teaches you to rely more on the peace within rather than the stuff outside. That is, your longing for the external pleasures fade and you become more inclined to go after the internal pleasures.

While going through recovery, some people have constant mood swings, and easily get angry. They don’t have control over their reactiveness. Steadily practicing yoga changes all that. It gives you space between your thoughts, and awareness of other people’s positions, and the centeredness in your response. It also teaches you that your power lies in your ability to control your reaction and not in the power of defense or words.

People recovering from addiction have a big gap to fill. This is one of the reasons why many recovering individuals relapse for lack of a healthy and effective coping mechanism. Instead of turning to drugs or alcohol as a means to escape, yoga practitioners practice the art which is an excellent coping mechanism.

There are some people who have to use alcohol or drugs such as pot to fall asleep at night. This habit may be difficult to stop, especially when you’re in addiction recovery. To transition smoothly, there are yoga sets meant to induce sleep such as kundalini practices, guided meditations, and Vinyasa flows.

There is also a practice referred to as Yoga Nidra. This practice uses gradual muscle relaxation to promote yogic sleep.

Learning to stay away from drugs and alcohol after becoming addicted may prove challenging, but being able to commit to yoga may give you the discipline you require to maintain sobriety for the rest of your life.

Of course, this is not the only reason that yoga has become so popular in recent years. There are countless causes for yoga’s rise in popularity. But to stay on course, aside from the many mental and physical benefits that greatly improve a recovering addict’s chances of staying sober. There are also social benefits to consider.

In addiction recovery, the main reason people relapse is boredom and finding productive ways to occupy their time. Practicing yoga, whether alone or in a group at a nearby facility will fill up some free time that addicts in recovery have.

It is important that someone in recovery develops a routine, especially in early recovery. Adding yoga to their recovery tool belt not only provides the mentioned physical and mental benefits but also helps someone combat boredom and gives them structure in their day-to-day activities.

Another social benefit yoga provides is the chance to make new, positive friends. Oftentimes, someone in recovery struggles to find positive friends, usually many of their old friends are using drugs or alcohol so it is best to stay away from them and make new friends.

Of course, going to sober support group meetings is a great way to make new friends but there are some negatives that come with that. 2 people who are trying to stay sober could eventually talk themselves into using together. Also, sometimes in recovery people put too much focus on going to meetings and working to stay sober.

It is nice sometimes to take their mind off of drugs and recovery, yoga classes provide this. Going to a yoga class will allow you to meet new people who are not engulfed in sobriety and can be a great way for a person to take his or her mind off of addiction and focus on other things in life.

Meeting regular people who do not struggle with addiction and talking/laughing about normal issues and topics is a great outlet for someone in recovery. 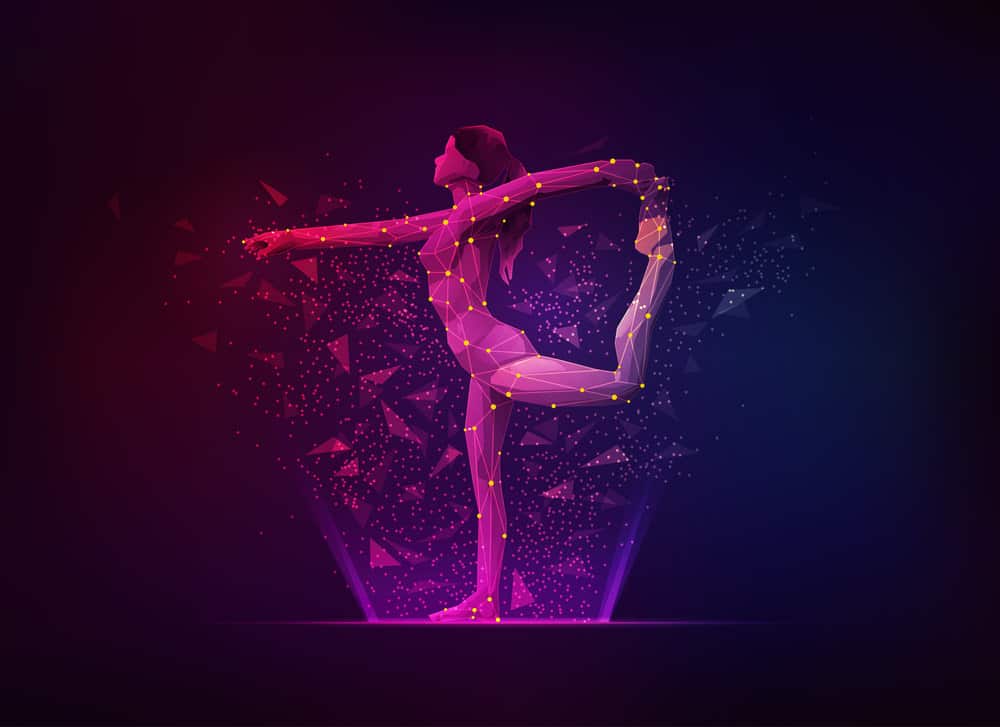 Some may be skeptical about the physical and mental benefits of yoga but there is a science to back up these claims. Yoga is categorized under Eastern medicine which can be looked down upon in modern western medical fields and western society. In our society, everyone wants a quick fix with a pill, where taking the time to practice yoga can provide similar results.

There are many scientific studies that back the effectiveness of yoga for addiction recovery. A study conducted in 2013 suggested an optimistic role of yoga in preventing and treating drug abuse. According to the study, boosting a person’s self-control makes them highly likely to avoid abusing drugs or alcohol.

Quite often, substance abuse and mental health disorders co-occur. A number of yoga poses and breathing techniques play an important part in alleviating the symptoms of mental disorders and stress. Yoga for addiction recovery is also known to increase the levels of GABA which reduces anxiety and stress. Yoga practitioners have reported significantly reduced stress levels after engaging in the activity.

Studies have indicated that a combination of psychotherapy and yoga is more beneficial compared to the traditional methadone treatment in drug addiction recovery. Yoga for addiction recovery reduces stress and anxiety which causes cravings and ultimately relapse.

Rhythmic breathing techniques, which are common yoga exercises, also help to reduce nicotine cravings. Researchers are working on achieving this outcome in large populations. This may, in time, become effective in minimizing tobacco-related cancers.