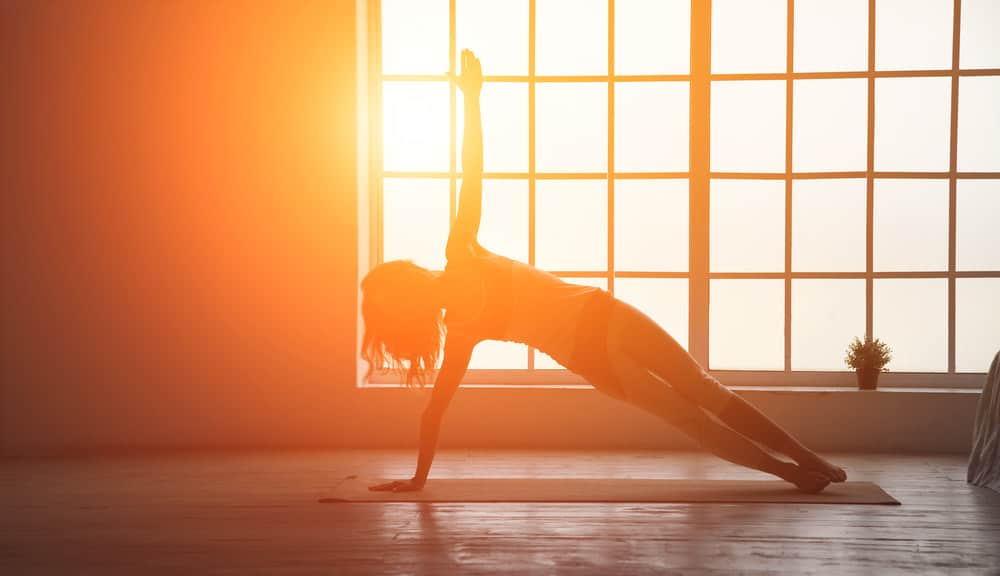 When making any business decision, it helps to do some research first and base your decision on research – both quantitative and qualitative.

As a yoga studio owner, perhaps you struggle with which types of yoga your yoga studio should offer.

Choosing yoga styles to teach can be a tough decision, but a STARTING point for deciding which styles of yoga to teach is to look at the demand for the different types of yoga.

One very easy way to determine the demand for the different types of yoga is to look at the volume of Google searches for the various types of yoga.

I’ll save you some research time by setting out the search volume for several yoga styles below. I obtained this data in December 2018:

I do not suggest you radically revamp your class offerings based on this data. Instead, if you’re thinking about offering new classes, are starting up a studio, or you have classes that are not well attended, then this data is a starting point in choosing yoga styles to teach.

If you wish to take this type of research further (which I recommend), customize the searches to your location. It may well be that there may be a higher demand for a particular yoga style in your geographic location.

The fact is, unless you’re prepared to do a great deal of SEO and invest a lot of time and resources, you’re likely not going to rank on page 1 for the above yoga terms as they are. However, with a little optimization, you could rank on page 1 adding your geographic location to the styles of yoga set out above. Obviously the larger the city in which you have your studio, the more difficult it will be to rank on page 1 of Google.

This type of data is also helpful in choosing keywords to target on your website. For example, hatha yoga contains several sub-styles of yoga, yet it’s a highly searched term. Therefore, you’ll probably want to target “hatha yoga” with your geographic location on your website.

You may decide to take a different approach in choosing yoga styles to teach by offering styles other local yoga studios do NOT offer. You’ll want to check out the other yoga studios in your area to determine which yoga styles are not being taught. Then do the above search volume analysis with your geographic location included determining if there is demand. This is a way to distinguish your yoga studio.

We’ve been collecting survey data from yoga studio owners for years. Like all other points on this page, survey results should not entirely dictate what yoga styles you should teach. There are many factors and at the end of the day, you should offer what your local students want.

However, here is a breakdown of 355 responses by yoga studio owners who answered the following question: What types of yoga does your studio teach? 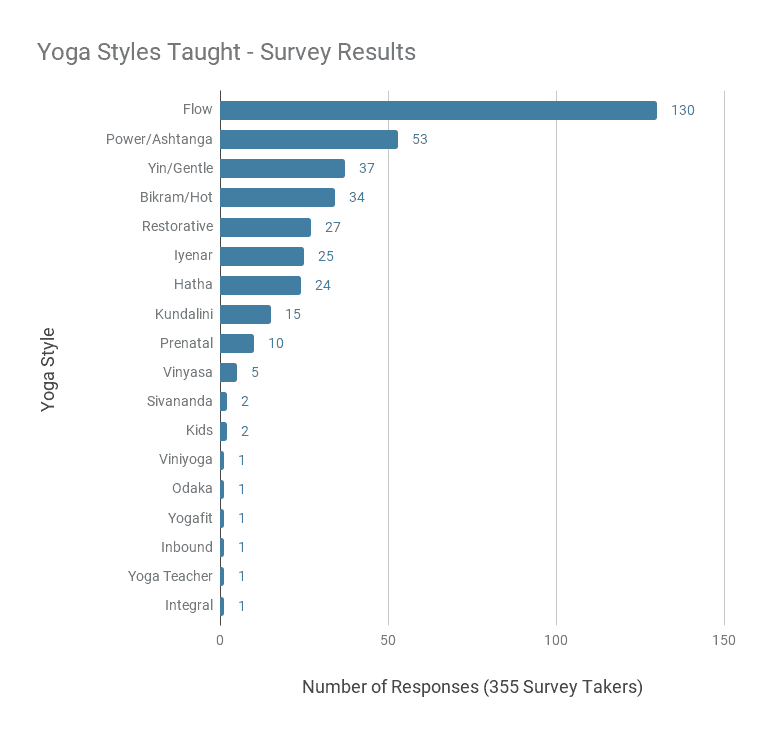 Other research techniques in choosing a style of yoga to teach

You don’t want to solely rely on what you like or prefer, but it can be part of the equation, especially when several styles will benefit your yoga studio equally. In that case, your preferences can dictate.

Another approach is that you may like a more obscure type of yoga that your students don’t know about and you wish to introduce them to it with the hope and intention that they’ll like it. If well-received, you could certainly roll out that style as a new class.

What not to do?

This is a judgment call, but avoid changing the styles of yoga you teach too often. Your students become accustomed to the yoga you teach and if you’re frequently replacing styles, you may alienate your existing students. That said, it’s fine, and in fact, a good practice, to test new styles as an ADDITIONAL offering. Simply avoid replacing existing yoga styles unless that style is extremely poorly attended.

If you do replace a yoga style for whatever reason, communicate it with your students. They’ll appreciate being kept in the loop. Moreover, they may provide feedback about your decision.