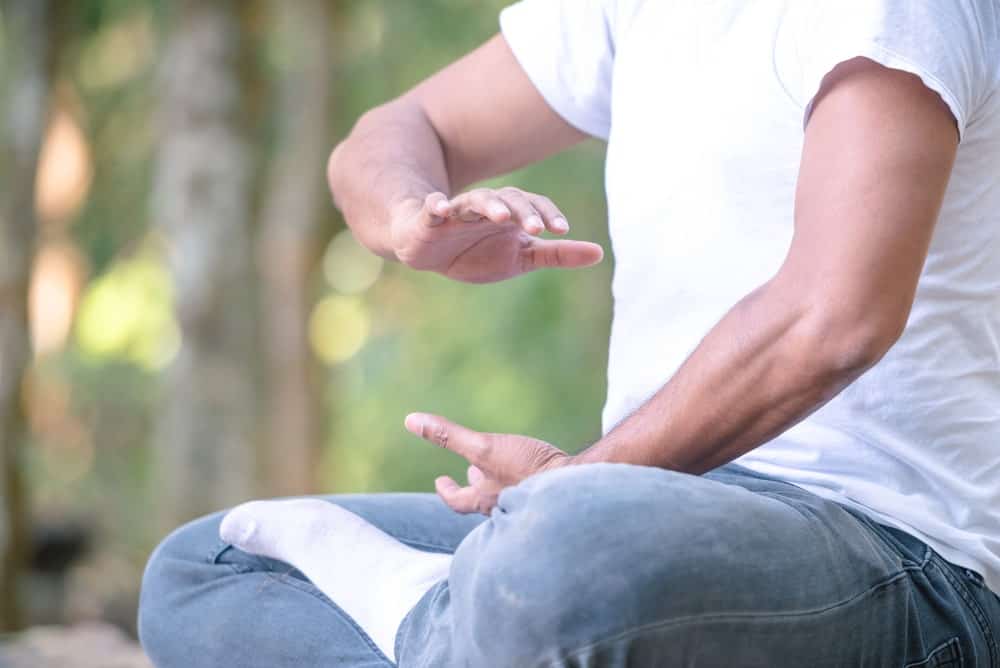 I love doing both tai chi and yoga. Having given up any pretension of mastery of either exercise, doing them just because they feel good, I switch back and forth. Anyone can perform either exercise after a few years of practice (although I certainly would not say that even after nearly 40 years, I am a master of either).

You just have to start with one of these disciplines first. I’ve written this article to help you choose which is better for you. 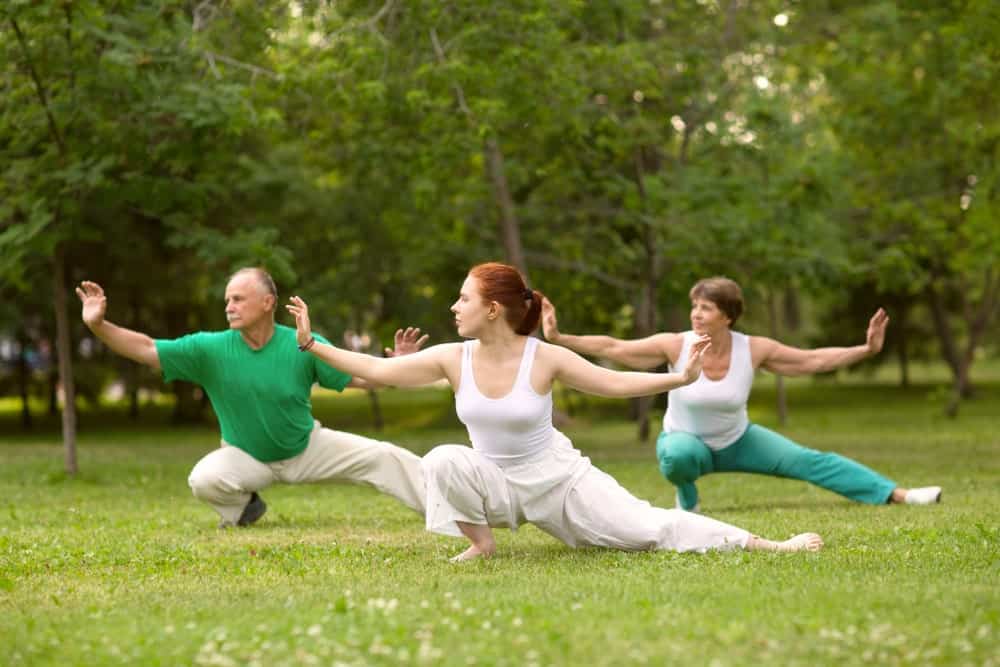 Tai chi originated in China as a martial art, but no pain is involved. It’s a slow-motion, low-impact exercise that has you moving without a pause through a series of motions named after observations of animals and martial arts moves. For instance, you may do “white crane spreads wings” or “box both ears.”

As you do tai chi, you focus your attention on how your body feels. You breathe deeply and naturally. And because the movements in tai chi are circular and never forced, you relax your muscles rather than tensing them.

Joints are never fully extended. Connective tissues are not stretched. And there are adaptations of tai chi you can do even when you would otherwise have been sidelined by an injury.

Despite all the benefits of tai chi, I nearly quit tai chi before I started it. My experience might be helping another beginner in tai chi.

I signed up for a tai chi class in an open university program. I was one of about 40 students. Supposedly we were all beginners. The instructor stood up in front of the class, demonstrated a form once, and told us “Now you do it.”

I was struggling to remember, “OK, the first movement was what again?” Every other student in the class imitated the instructor like they had been doing tai chi for years. Most of them had. It didn’t help that other members of the class were derisive about my efforts. I fell further and further behind in the class and dropped out. But the reason I didn’t give up was Betamax.

It seems like ancient history now, but there was a time that Betamax was a thing. And they had instructional videos for tai chi on Betamax. So, I got the tapes by a tai chi master named Heloise Gold and stopped and started enough times that I eventually knew the poses.

Don’t let learning tai chi become a stressful experience. Learn from video, followed by an in-person class to help you flow more naturally, or find a non-judgmental teacher. The teacher and some loose-fitting clothes are all you really need to get started with tai chi. Then practice, practice, practice.

The moral of my personal learning experience with tai chi is that it is important to learn tai chi at your own pace. Fortunately, you don’t have a Betamax, and there are thousands of tai chi apps and other learning tools to help you own your way.

Yoga Is a Series of Powerful Poses and a Lot More 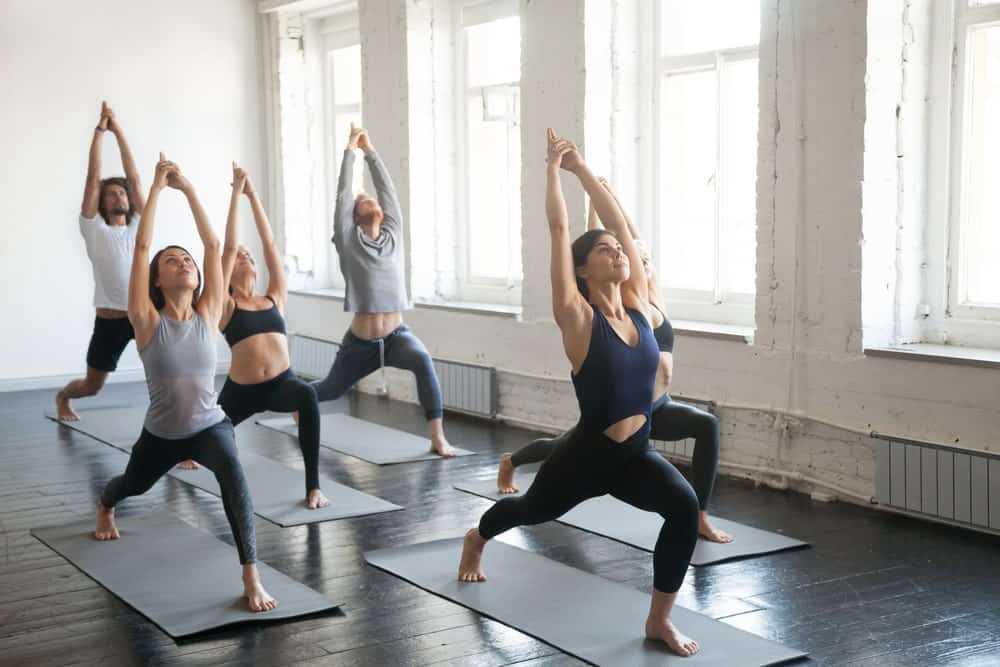 When I was young, I had a mountain biking buddy. He also talked me into sailing a Hobie Cat. And water skiing. And rock climbing. And snow skiing. And drag racing (on a closed track). And hiking the Appalachian Trail.

None of these activities was naturally something I would do. I didn’t have to be dragged kicking and screaming into having outdoor fun, but I did complain about muscle aches. Then one day my friend gave me a book entitled New Light on Yoga.

At first, I just didn’t get it. I couldn’t imagine how I would ever do any of the impossible poses I had seen yoga instructors do. Then I learned that there is more to yoga than learning the asanas, the poses that we see in photographs.

Not everyone who has been practicing yoga even for 35 years can do every pose. I can’t. But just about everybody can learn to do some of the asanas (the positions) of yoga or practice chair yoga. Even if you can’t move a muscle, there is a yoga practice for you. Your mental practice will affect your physical practice and vice versa.

It’s important to understand that yoga isn’t all about learning how to twist yourself around into poses that require powerful muscle strength. There are at least four paths in yoga, asanas, pranayama Dharana, and dhyana, poses, expansion of life force primarily through breathing exercises, concentration, and meditation.

You don’t have to follow all four paths of yoga to benefit. You don’t necessarily have to become an expert in the asanas, although if you are working on your life force, concentration, and meditation, they will eventually come naturally to you.

Just looking at still photos of people doing tai chi and people doing yoga, you might think there are a lot of similarities between the two kinds of exercise, except one is in motion and the other isn’t. But what about the health benefits of the two exercises? Are they similar?

What Science Says About the Health Benefits of Tai Chi

There has been a tremendous amount of scientific investigation into the health benefits of tai chi. If you were to do a search on PubMed, the medical literature site maintained by the United States National Library of Medicine (NLM), the world’s largest medical library, at the National Institutes of Health, you would find more than 500 clinical studies and more than 120 reviews confirming better health through the practice of tai chi.

There is excellent evidence that practicing tai chi is a boon for better health in older adults. Studies have confirmed that older people who do tai chi on a regular basis have fewer falls. Tai chi helps people cope with chronic obstructive pulmonary disease (COPD).

It expands brainpower. It is helpful in reducing symptoms of Parkinson’s disease, stroke, fibromyalgia, and hypertension, and it slows down the progress of osteoporosis. It improves the quality of life for cancer patients in remission.

Tai chi isn’t just for senior citizens and sick people. It’s also helpful for healthy people of all ages. Tai lowers blood pressure. It helps you achieve a slower resting heart rate. It expands your lung capacity. It helps people stay steadier on their feet by helping them become more aware of their feet and ankles. Scientists have found that the benefits of tai chi for healthy people are measurable after about a year of practice.

Not even one of 620 studies found that tai chi made any health condition worse, although accidents can happen when people practice tai chi on slippery floors. You can eliminate this risk by practicing barefoot on a grass surface outdoors or taking care to avoid waxed floors when you practice tai chi indoors.

What Science Says About the Health Benefits of Yoga

Yoga is the most popular form of “alternative exercise” in the United States, in India, and in many other countries around the world. There have been over 5300 scientific studies of the health benefits of yoga, nearly all of them extolling its benefits for a plethora of diseases.

The practice of yoga inhibits brain centers responsible for aggression, fear, and rage, and stimulates the median forebrain that experiences pleasure and bliss.

Yoga leads to an inhibition of the posterior or sympathetic area of the hypothalamus. This lowers blood pressure and pulse rate. You may achieve a low, “athletic” pulse rate without the investment in aerobic exercise.

And yoga improves flexibility. The more you practice yoga, the looser your muscles and the tissues connecting them become. Yoga builds muscle mass, which in turn improves bone density, relieving back pain, arthritis, and osteoporosis.

The poses squeeze areas of cartilage and fascia that are not often used, keeping them oxygenated and nourished. This helps to prevent joint disease. Yoga also improves your sense of balance and your proprioception, your awareness of position and movement.

Some of the most exciting applications of yoga are in elementary school education. In the United States, about 1.7 million children between the ages of 7 and 12 practice yoga. Yoga improves strength, endurance, balance, and aerobic capacity in children.

It can help children who have attention deficit hyperactivity disorder (ADHD) by reducing hyperactivity, impulsivity, and inattentiveness. Children can learn yogic meditation techniques that help them stay calm in conditions of high stress, like exams.

And teens and young adults can combine yoga with journaling, recording their thoughts and feelings after doing each asana (pose), as a tool of personal growth.

Both tai chi and yoga are really effective because they are so tangible. Learning new motions and new physical postures builds confidence as well as strength. Both tai chi and yoga improve the mind-body connection. People of all ages who do either tai chi or yoga can take their personal growth from the practice studio out to the world. But which practice should you learn first?

How to Choose Between Tai Chi and Yoga

Tai chi and yoga provide similar benefits to health and life, but there are some significant differences.

Do you enjoy the feeling of powering up your muscles? Then you might prefer yoga. Or are you seeking to discipline your concentration while your body is in motion? In that case, tai chi might be a better option for you.

Do you have issues with muscle coordination, or maybe a neuromuscular disease? The weight of the evidence is on the side of tai chi as more beneficial. Or are you seeking to improve your sense of balance and your ability to sense where objects (like the ball in a ball game) are relative to your body? You may prefer yoga.

Many people practice tai chi or yoga to deal with stress. If silence speaks to your soul, you may prefer yoga. If you need to tame your impulses to spring into motion, you may benefit more from tai chi.

The financial costs of practicing either tai chi or yoga are minimal. You just need to be appropriately dressed, or undressed, and if you are practicing yoga, you should invest in a mat. Aside from a small investment in classes, books, and video instruction, neither tai chi nor yoga has to cost you anything at all.

Ultimately, the choice between tai chi and yoga is just a matter of where you are in your health and life. Both practices are profoundly empowering. There is no wrong choice. Just be sure t invest the time to learn each practice in depth — over a year or two — to gain all the personal benefits it offers.