Art Chief Editor
Distinguish between Sphinx Pose vs. Cobra Pose. Check out these beginner backbend tips you need to know regarding their effects, benefits, and precautions. 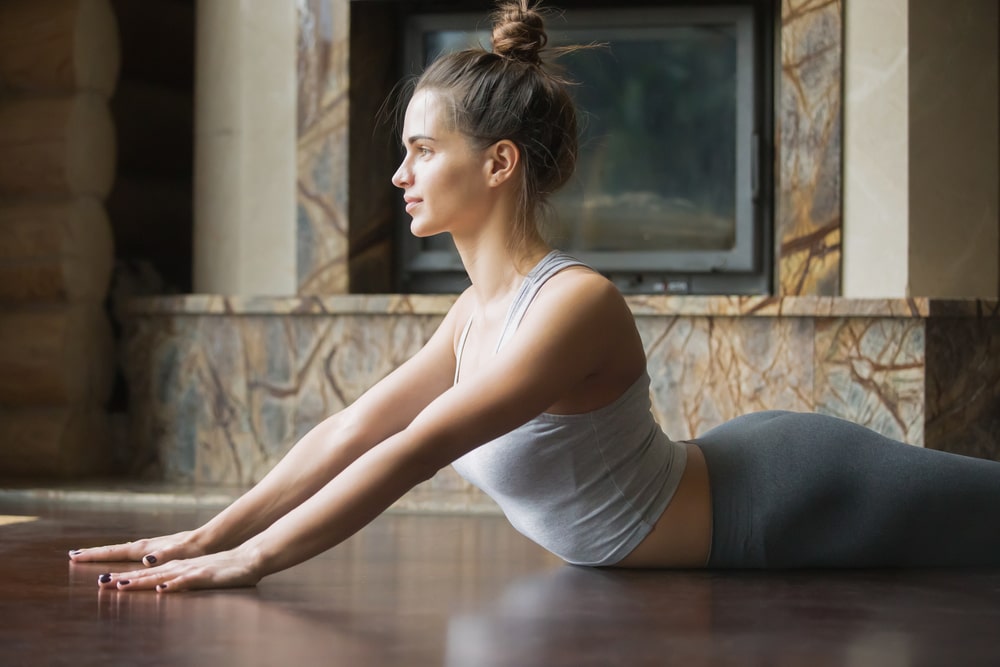 When it comes to backbends in yoga, Sphinx Pose and Cobra Pose are the first two postures that come to my mind. That’s because these two are some of my favorite asanas, and I always add them to my yoga classes. Why? Because while some may consider these poses as beginner backbends, they come with benefits that even advanced yogis can enjoy.

In this article, you will learn the differences between Sphinx and Cobra, their similarities, benefits, and when you should or should not practice each pose. 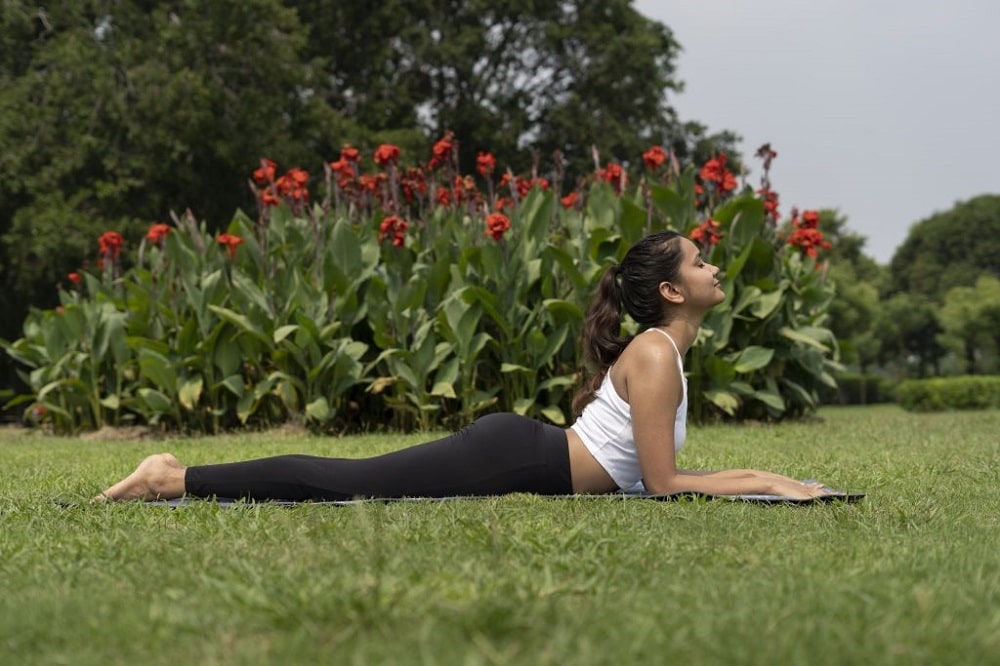 Sphinx Pose is a beginner backbend yoga asana that you can practice in both active and passive styles of yoga. The Sanskrit term for this pose is Salamba Bhujangasana. As the name suggests, the posture is similar to the posture of the mythological figure, the Great Sphinx of Giza.

To deepen the backbend of your Sphinx, you can do a Seal Pose variation by walking your hands closer to your shoulders and extending the elbows.

To make this into an active pose, you can tuck your toes and bring your hips up to come into Dolphin Pose.

To make this pose easier, roll up a towel and shape it into a U. Put this under your pubic bones and sides of the belly to support the lift. Another modification to make it easier is to bring the elbows slightly forward instead of under the shoulders.

Practicing the Sphinx pose comes with the following benefits:

Lifting the chest off the mat opens the chest, abdomen, and hip flexors.

Strengthens the Back Body

Performing Sphinx Pose requires contracting the backside of the body, which includes your upper back muscles and glutes. Doing this will strengthen the back body muscles.

Practicing Sphinx Pose can relieve your back pain. It improves the mobility of your whole spine and stretches the tight muscles around it.

Salamba Bhujangasana or the Sphinx Pose is a heart opener. It activates the Anahata or heart chakra, which is the seat of compassion, empathy, forgiveness, and love. As you work through the opening and activating this chakra, you will feel anger, sadness, trauma, and other types of emotions before you can find balance, calmness, and serenity.

That’s why many yogis who practice heart-opening postures such as Sphinx Pose may feel emotional.

Safety is very critical in yoga to avoid injury. Avoid doing Sphinx Pose if you have any of the following conditions:

If you are pregnant, especially in your second or third trimester, avoid practicing Sphinx Pose. This pose makes you press your stomach on the ground.

If you feel you have a lower back injury and acute pain, avoid practicing Sphinx Pose. If you try this pose and you feel compression in the low back along with sharp pain, come out of the pose right away. 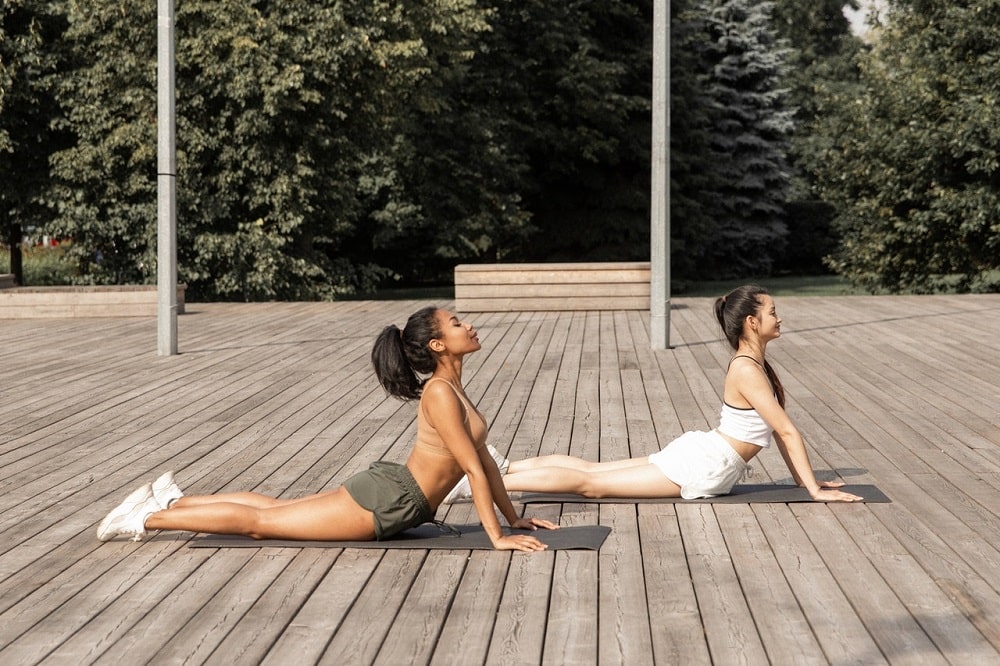 Cobra Pose or Bhujangasana in Sanskrit is a level 1 or beginner backbend in yoga asanas. You will see this pose in many Ashtanga Vinyasa styles of yoga as it is part of the Sun Salutations. In other forms of yoga, such as Kids Yoga, they call it Snake Pose.

To make this pose easier, keep slightly bending the elbows and only bring your chest as high as you can. You also have the option to bring the hands a little forward.

To turn this into a more active pose for the back muscles, lift the hands off the mat.

Bhujangasana comes with the following benefits:

Cobra pose stretches and opens the chest and the stomach.

Strengthens the Shoulders, Back Muscles, and Glutes

Lifting the chest in a cobra pose requires engaging the muscles in the backside of the body. This movement can strengthen those muscles.

Improves the Mobility of Your Whole Spine

Relieves Low Back Pain and Sciatica

A small study in 2013 shows that cobra pose can relieve sciatica pain. Cobra pose is also excellent for managing chronic lower back pain. 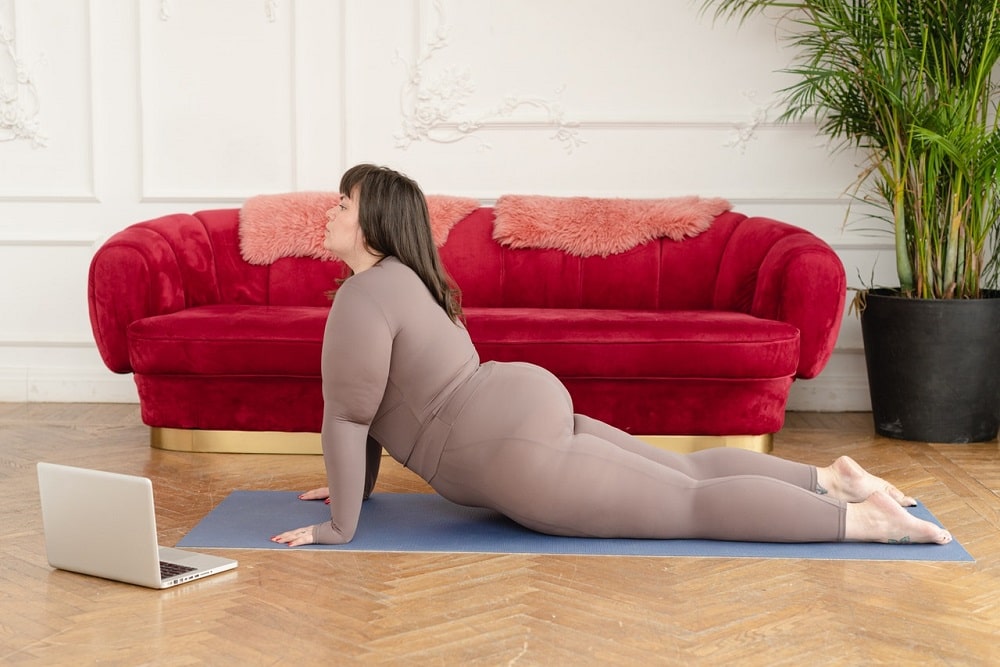 Bhujangasana is a backbend and a chest opener. Therefore, it stimulates and opens the heart or Anahata chakra. You can locate this chakra in the center of your chest.

Anahata chakra is associated with balance, calmness, serenity, compassion, empathy, forgiveness, and love. When the heart chakra is blocked, you will feel grief, anger, jealousy, and other emotions. On the other hand, when it is open and in harmony, you will feel calm.

When you extend your neck in Cobra Pose, you will stimulate your Visuddha or throat chakra. Stimulating and opening this chakra helps in your ability to speak your truth.

To be safe, avoid doing or modify this pose under any of the following conditions:

Lying down in a prone position can put pressure on the stomach. So, avoid doing Cobra Pose when you are pregnant, especially in your second and third trimesters.

If You Have Back Injury

If you have a lower back injury, take precautions in doing Cobra Pose by lowering your chest and moving your hands forward. If you have severe lower back pain, avoid practicing it.

If you have carpal tunnel syndrome or wrist injury, make sure to spread your fingers wide and distribute your weight evenly on all the corners of your hands. If you feel too much pain in the wrist, avoid doing this pose.

Differences and Similarities of Sphinx and Cobra Pose 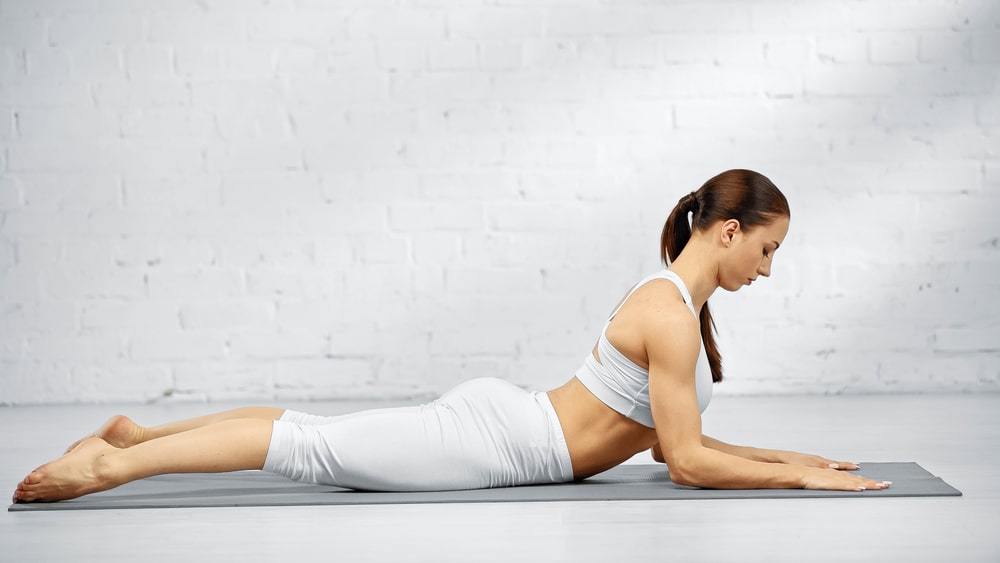 The similarities in Cobra and Sphinx Pose are very apparent. Here are their similarities:

Sphinx and Cobra have a few differences. These are the following:

Which Pose is Better?

For me, there is no such thing as a better yoga pose. You cannot compare Sphinx vs. Cobra because these two poses are very similar to each other. You can also modify each pose to make it either more passive or more active.

If you have wrist pain or injury, it’s probably when Sphinx Pose is better than Cobra. 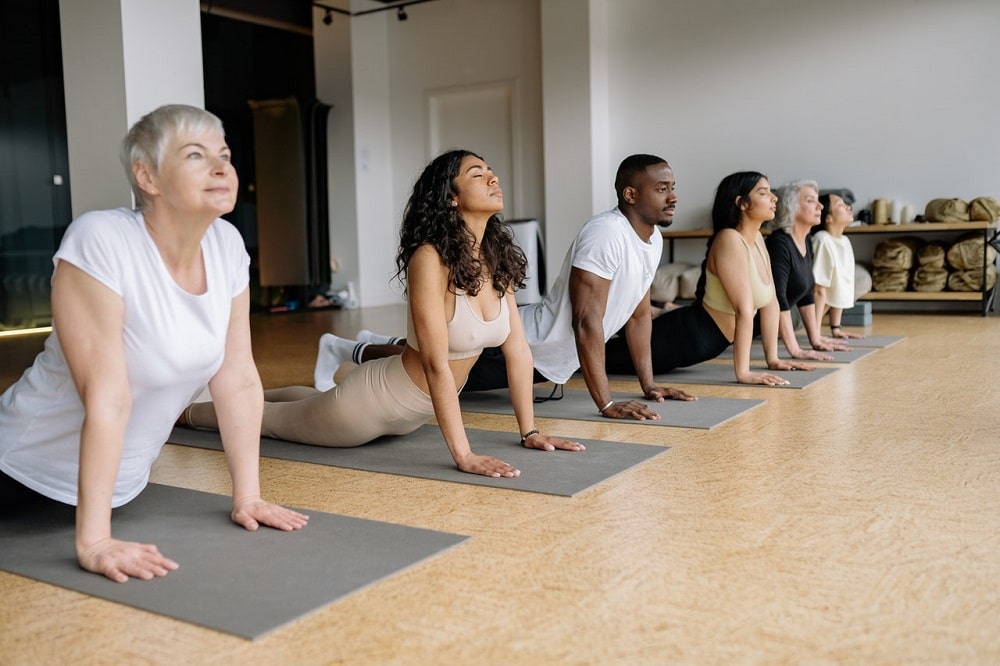 Sphinx Pose and Cobra Pose are yoga asanas that will open your heart, mobilize your spine, and strengthen your back muscles. Modify each pose according to your intention, energy level, experience, and style of yoga you want to practice.

Most importantly, always work within a pain-free range. Do not force yourself to get into a backbend if your body is not ready for it.