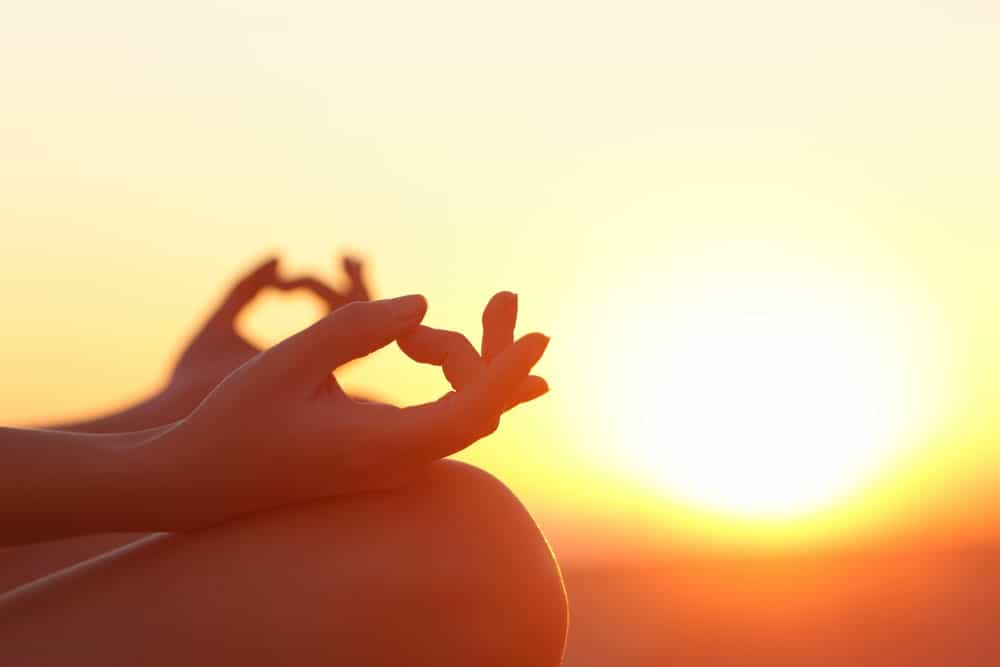 Rodney Yee is a renowned American yoga instructor who has helped a number of people achieve healthier lifestyles. He and his wife, Colleen Saidman, attained their fame after several contributions to the world of yoga. However, you are probably already aware of this.  Here are 25 things that you probably didn’t know about Rodney Yee.

1. He Was a Ballet Dancer 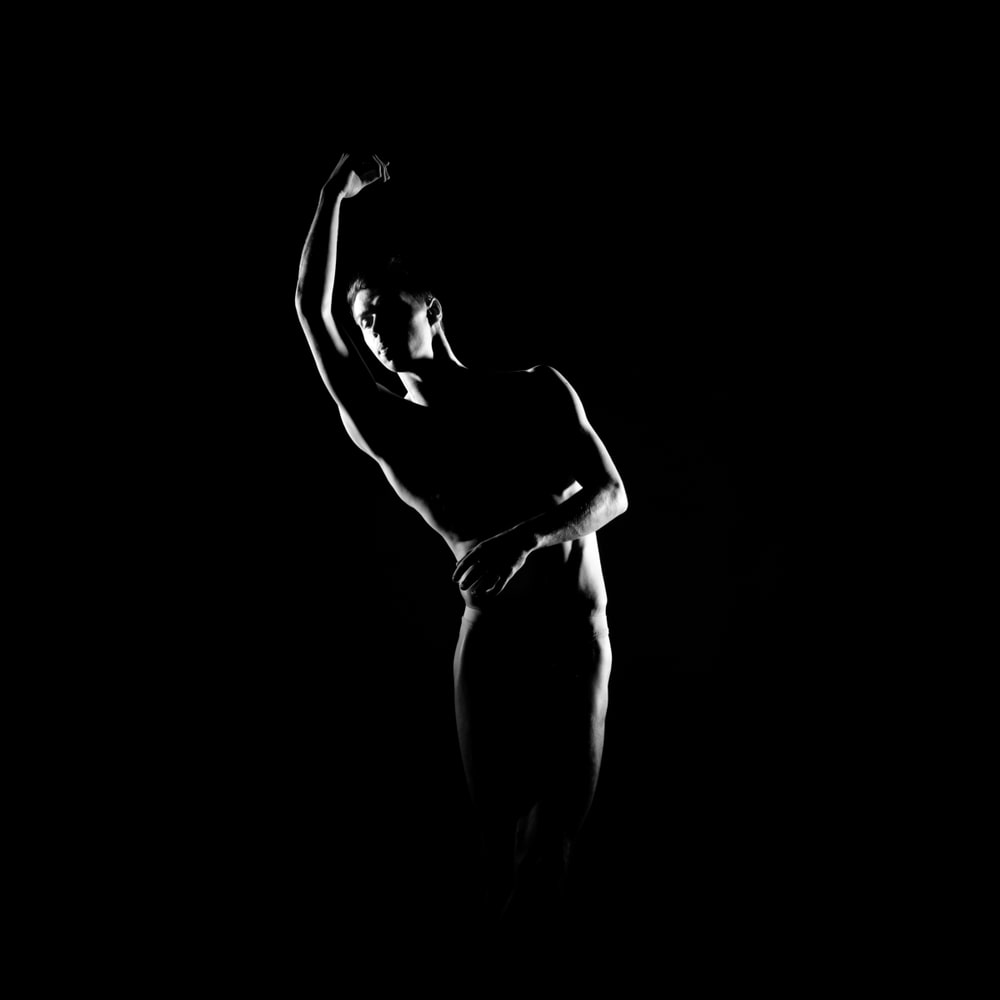 Rodney was a gymnast during his school years. He was quite good and even went on to become a ballet dancer. He performed with the famous Oakland Ballet Company, as well as the Matsuyama Ballet Company of Tokyo in Japan.

2. He Didn’t Complete His College Degree 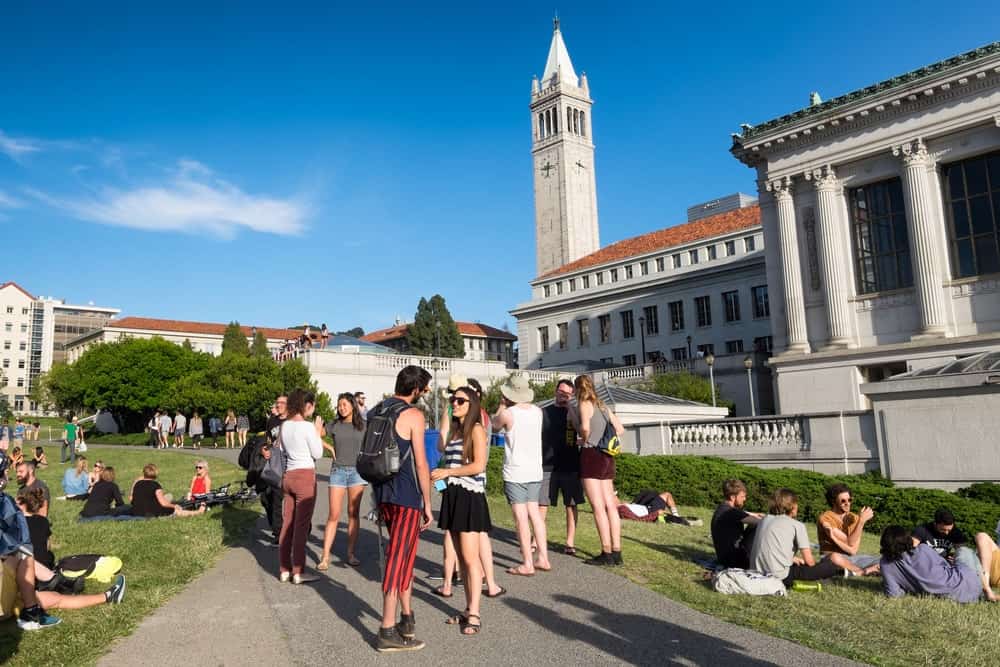 He even dropped out of the University of California, Berkeley where he was studying physical therapy and philosophy so that he could pursue ballet full time.

3. He Was a Military Child 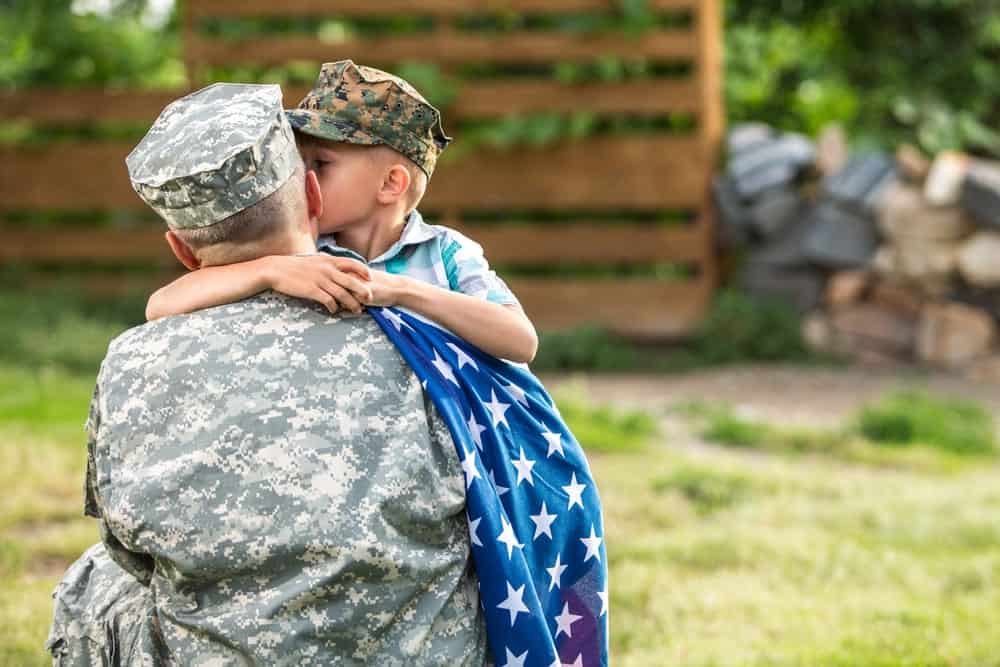 He was born in 1957 to a Chinese-American who served in the Air Force as a Colonel. This was the reason Rodney Yee got to explore so many different cities of America including Oklahoma, Puerto Rico, and Altus. His childhood was spent moving from one military base to another. This helped him gain perspective in life, which is ultimately prominent in his work today!

4. He Invented His Own Style of Yoga 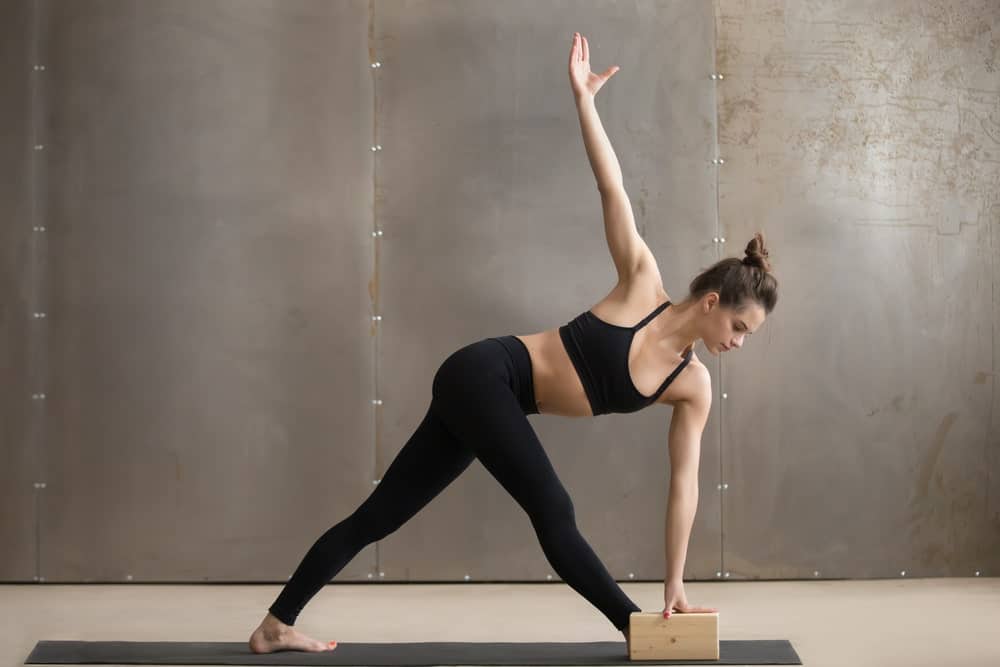 He called it The Yoga Room in Berkeley. He later also co-founded a major yoga hub called the Piedmont Yoga Studio in Oakland. 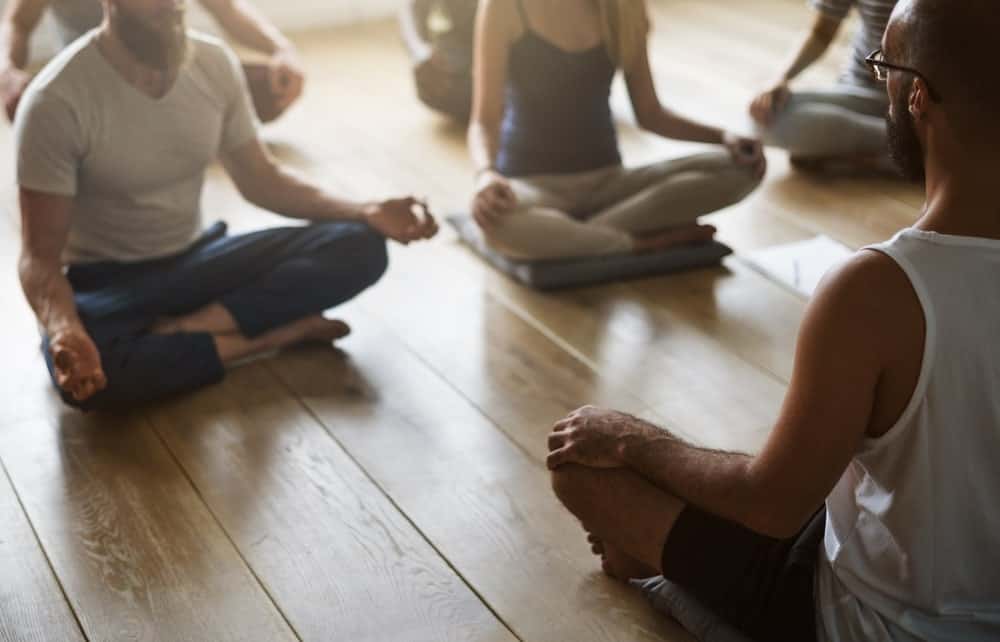 He learned the Iyengar Yoga style from a yoga enthusiast in the Iyengar School, which was a truly prestigious honor. 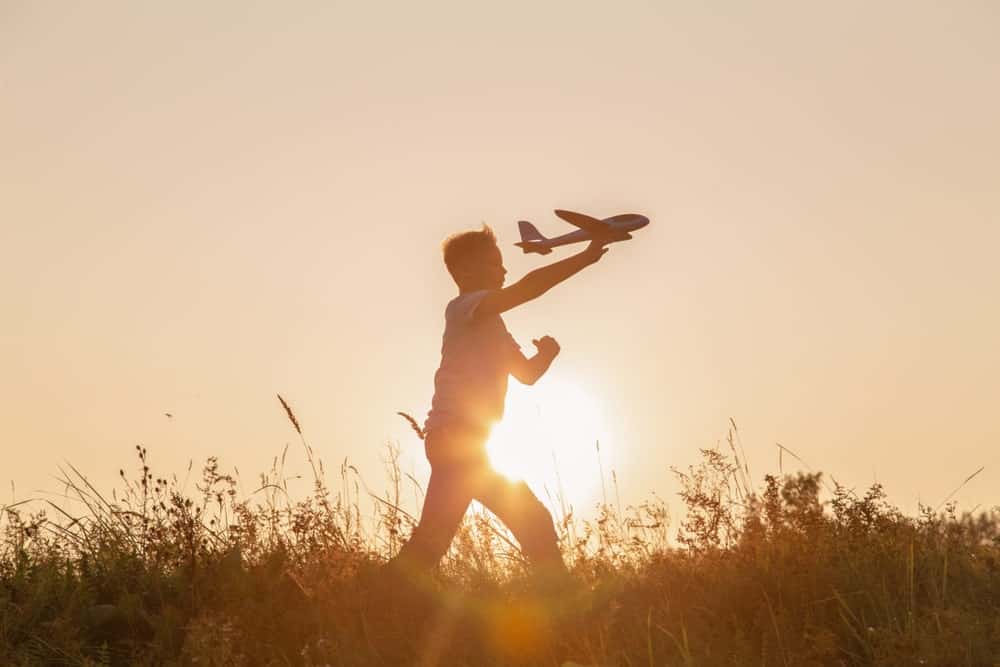 Rodney Yee has three children from his first marriage to Donna Fone. He divorced her in 2002 after a twenty-four-year-long marriage. His second marriage led to another child.

7. Colleen Saidman Is His Second Wife 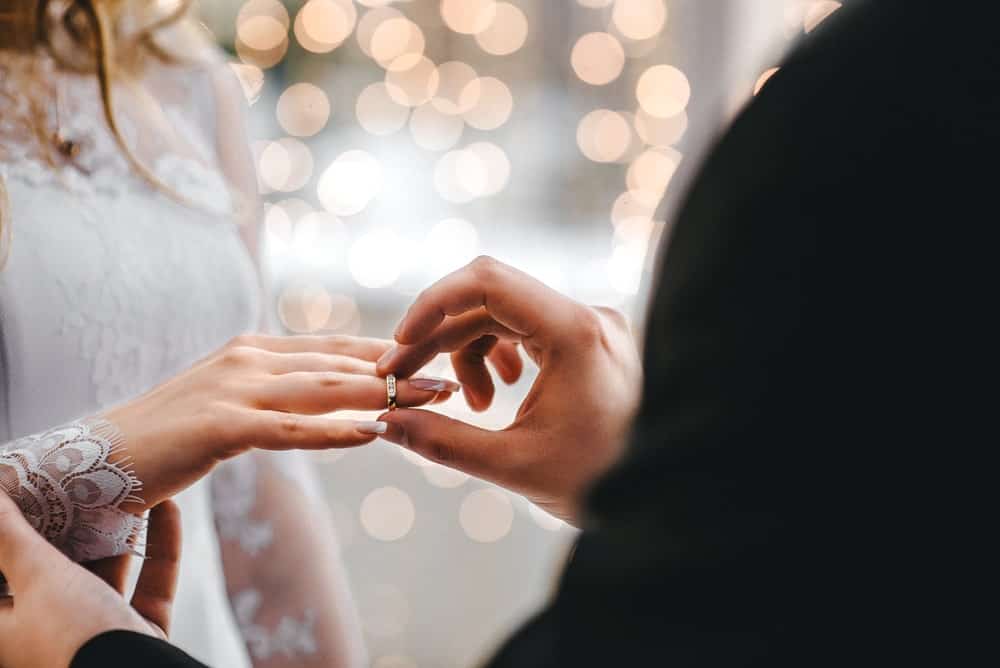 He remarried in 2006 to a former model called Colleen Saidman. She was his student at his yoga class, which violated the precepts that yoga teachers agree to about dating students. This led to the division of the communities oriented with Yee.

8. He Has Been Accused of Dating Other Students

Yee was sued by a former instructor working in his Piedmont yoga studio in 2002. Susannah Bruder accused Rodney Yee that he had wrongfully terminated her after she had confronted him about an affair with his student. Yee claimed that the firing took place because Susannah was badmouthing her boss to others. Two other students of Rodney Yee also came forward to say that they had an affair with Yee as well. 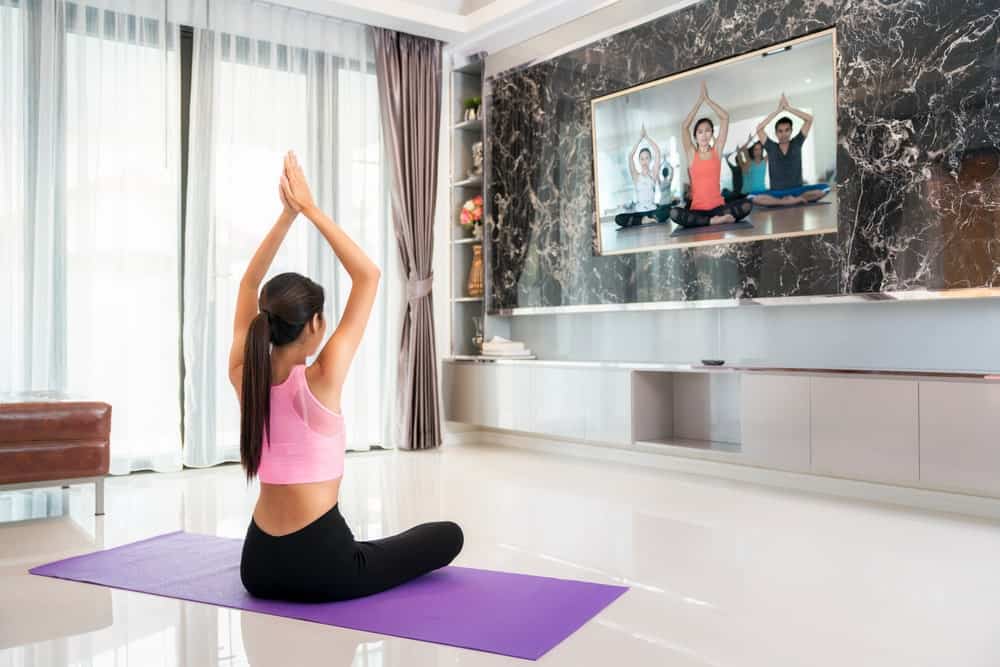 Rodney Yee and Collen Saidmain had different careers as yoga instructors at the beginning. Yee worked closed with YeeYoga and Gaim while Saidman focused on Yoga Shanti. In May of 2008, they opened a venture together called The Gaiam Yoga Club. This was an online yoga club where students could learn about yoga virtually.

This led to many opportunities for the couple since Yee now teaches at several conferences, retreats, and workshops. More than 30 similar clubs exist now and are followed by millions of people worldwide for guidance.

10. He Believes Yoga Can Cleanse the Mind and Body 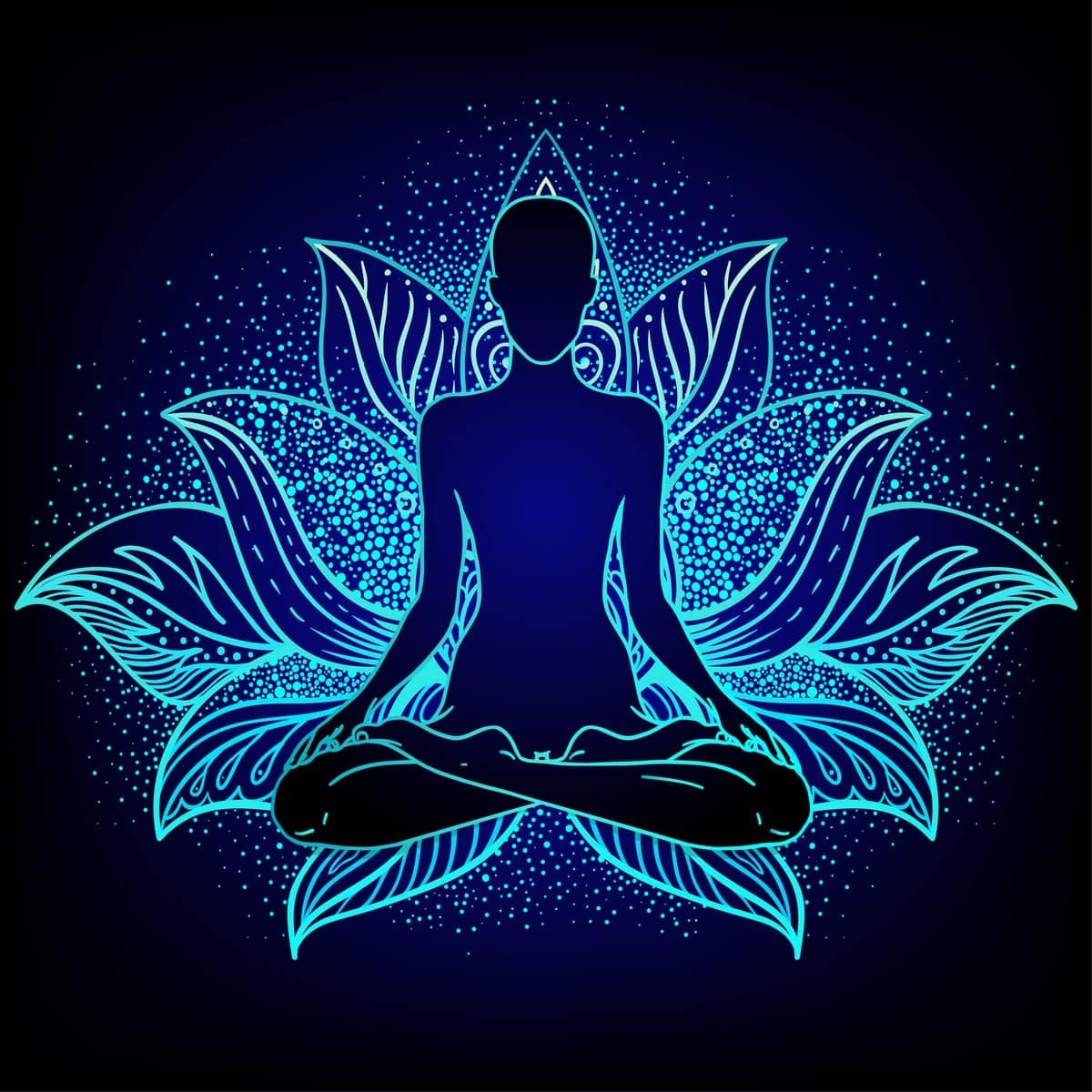 Rodney Yee is one of the most recognizable yoga instructors in the world due to his philosophy of the healing power of yoga. He teaches a philosophy of yoga that can cleanse the body and mind, which allows people a state of well-being and presence.

11. He Serves As a Co-chair for Health Initiatives 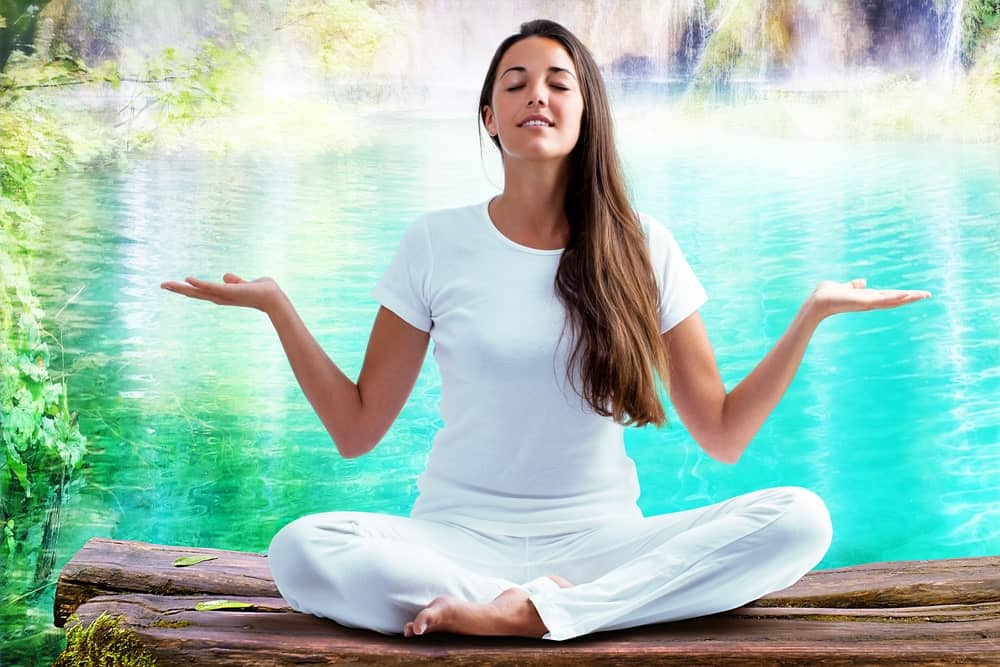 He has been a part of the Urban Zen Health and Wellness Initiative and serves as co-chair at the organization. They excel in ‘grief yoga’ which can help people who have lost a loved one. The Yees, with their recently-widowed friend Karen, helped to build the wellness forum in NYC.

They wanted a program that would recognize the humanness of healthcare providers so that they are more patient-centered. This can make them better and more holistic in their approach. Doctors from all over the world voiced their support for the program. 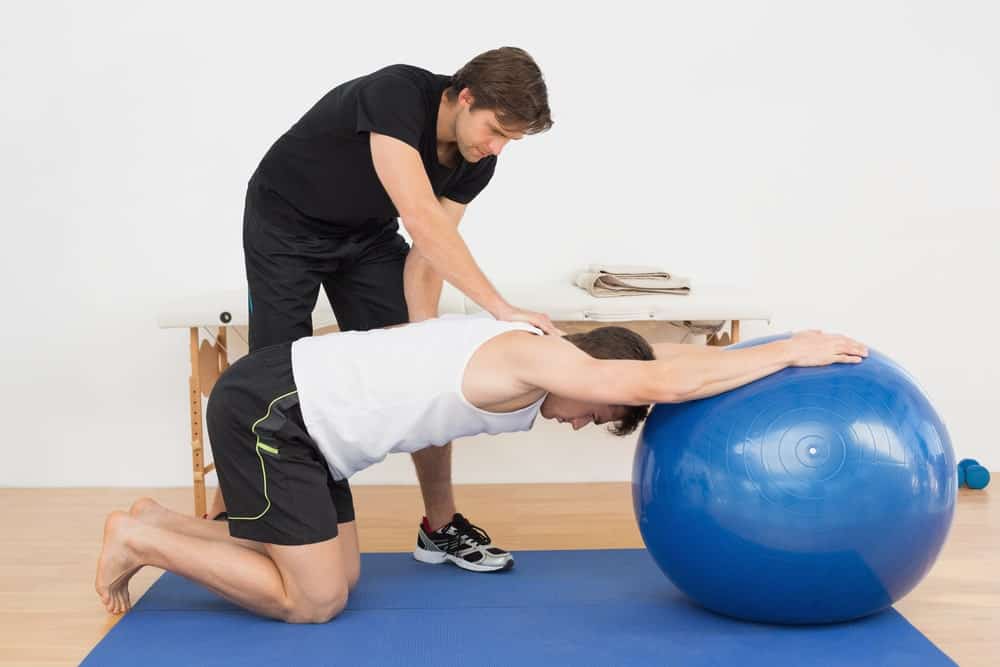 Now, rehab centers and hospitals across the United States and South Africa use UZIT to help patients. The classes are also available at local yoga instructors to manage stress and tension for better mental and physical health. 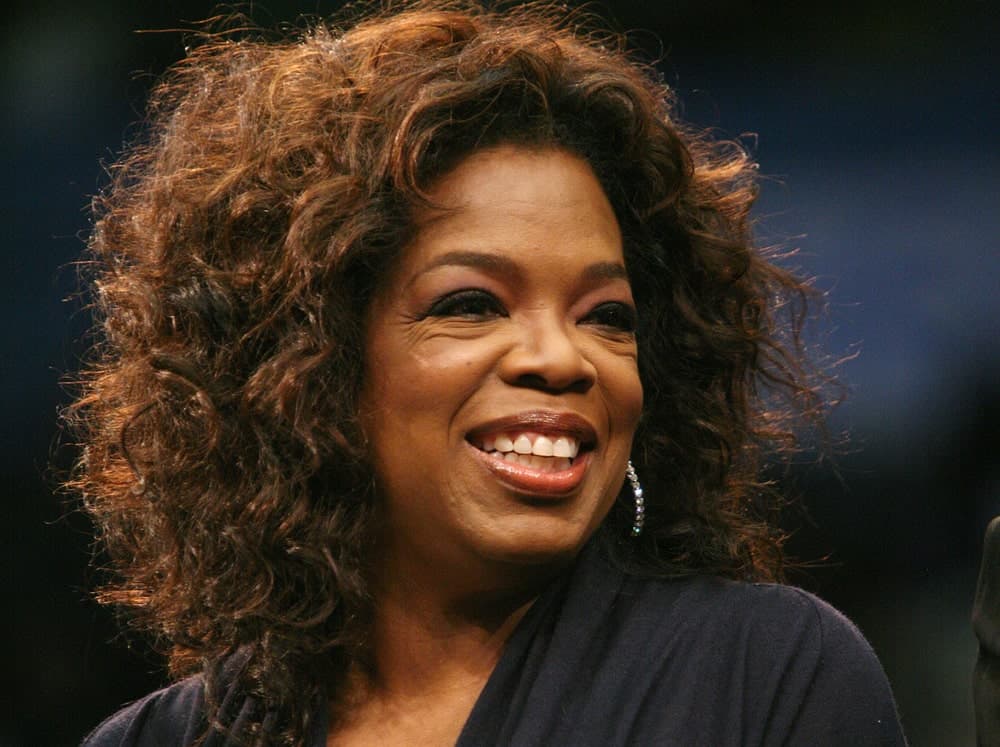 Owing to his exceptional work, he has been on many shows like PBS and even The Oprah Winfrey Show. His instructional fitness programs often rank top 10 in the United States. He has also held several training workshops around the world since hundreds of people love his yoga style. Rodney Yee has also been the face of many natural product advertisements, magazines, and calendars.

14. He Has Written Two Books 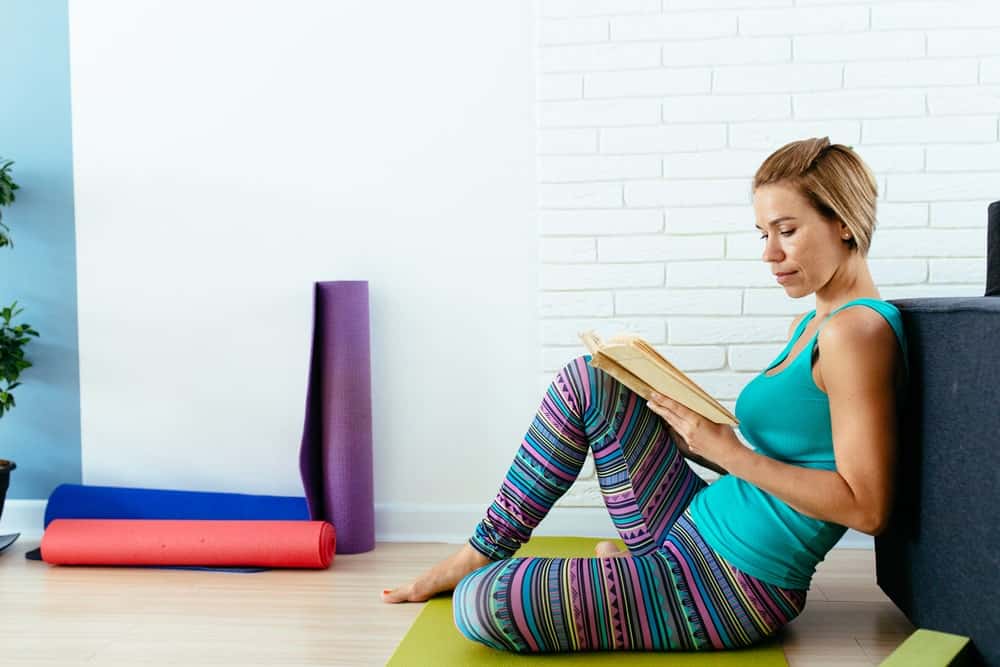 Rodney Yee spent a long time highlighting his achievements and yoga philosophy into two books. They are called ‘Yoga: The Poetry of the Body’ and ‘Moving Toward Balance: 8 Weeks of Yoga with Rodney Yee’.

The first one is about how Rodney Yee played a key role in making yoga popular to the masses. He highlights his approach to yoga and how it has many spiritual and physical aspects. The book includes 400 aesthetically outstanding pictures which take beginners and advanced students through 8 yoga sessions. It has 45 different yoga poses that they can indulge in. 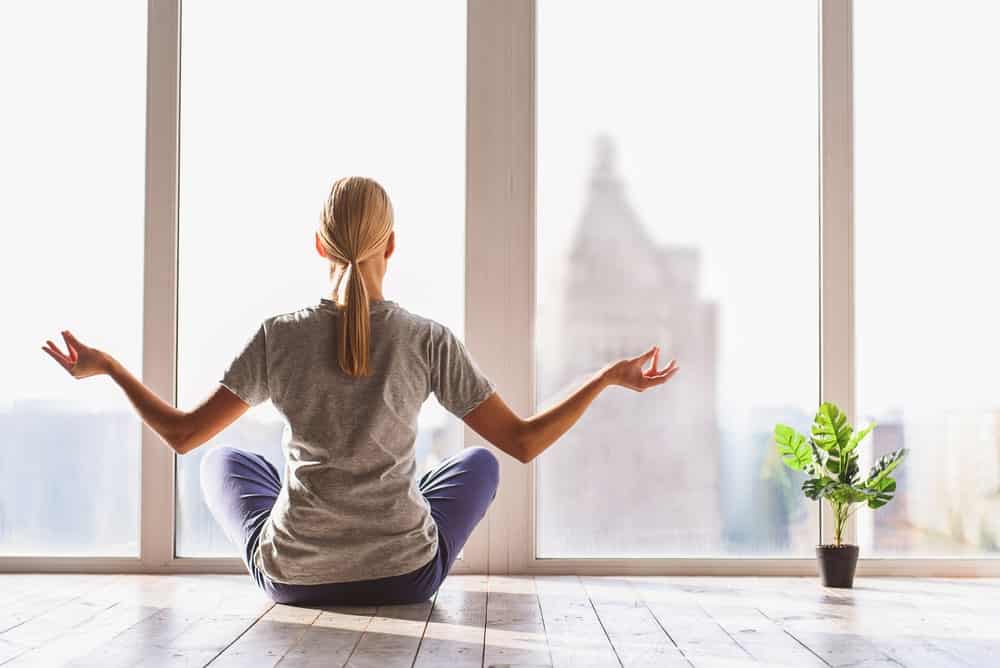 The yoga power couple just sold their mansion for $4.75 million. The house was built on an area covering around 5000 square feet. It was built in 1979 and is set on a cul-de-sac. It has five bathrooms and four bedrooms and is surrounded by 1 acre of land.

The lower level of the home is a sauna since it helps to clear the body of toxins. The third floor also has a bonus room with windows so that the homeowners can take in the views. This is the perfect place to meditate. There are also multiple entertaining rooms in the home with an eat-in kitchen. There are also some beautiful French doors that lead to the home’s gardens and pools.

Rodney Yee is famous in America since he made yoga popular among the common people. He encouraged home videos and practice sessions so that anyone could do yoga at home simply through videos. This won him the top spot on Somina’s list for 100 Most Influential Yoga Teachers in America.

17. His Diet Is Brown Rice and Veggies 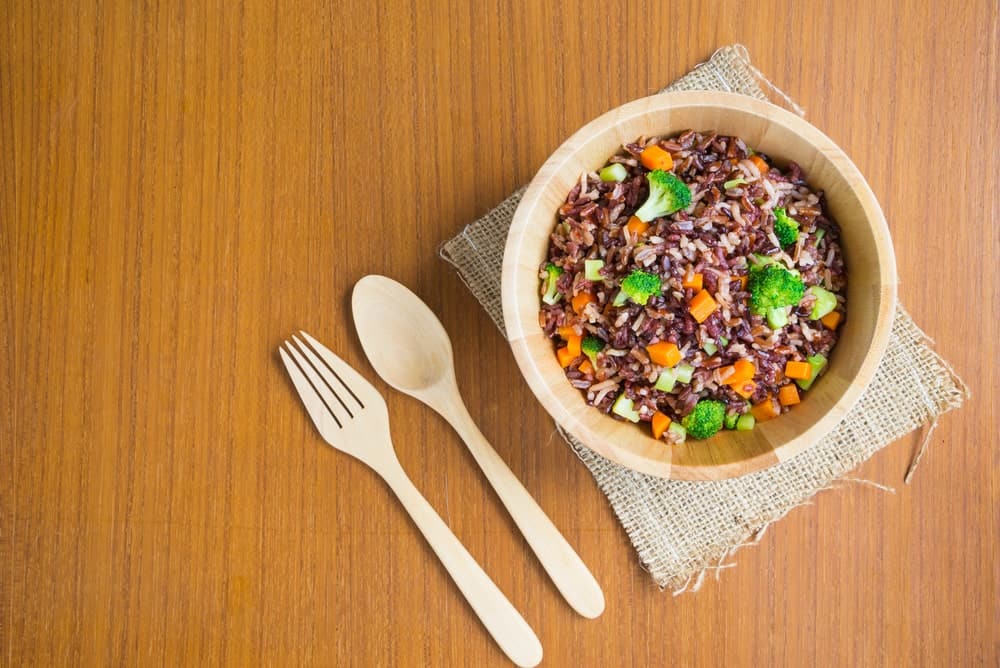 Rodney Yee and his wife have adopted a simple and healthy lifestyle. They mostly east steamed vegetables and brown rice. He also loves sandwiches, preferring simple peanut butter and jelly sandwiches to most foods.

He has been a vegetarian for years now since he insists that it helps enhance his spiritual chakras and energy. A vegetarian diet is good for the body and the mind. Physically, yoga helps to clean the internal organs and keeps digestion flowing.

Yogis often adopt a vegetarian diet since it can enhance their health and keep their flexibility up. Vegetarian diets are also good for the mind as they help calm the mind instead of increasing negative thoughts.

Veggie-based diets are also a non-violent way to live life. Those who preach harmony and peace often cannot couple with snuffling the divine spark that exists among all living beings. The philosophy of ahimsa preaches non-violence that many yogis extend to animals.

18. His Favorite Food is Avocados 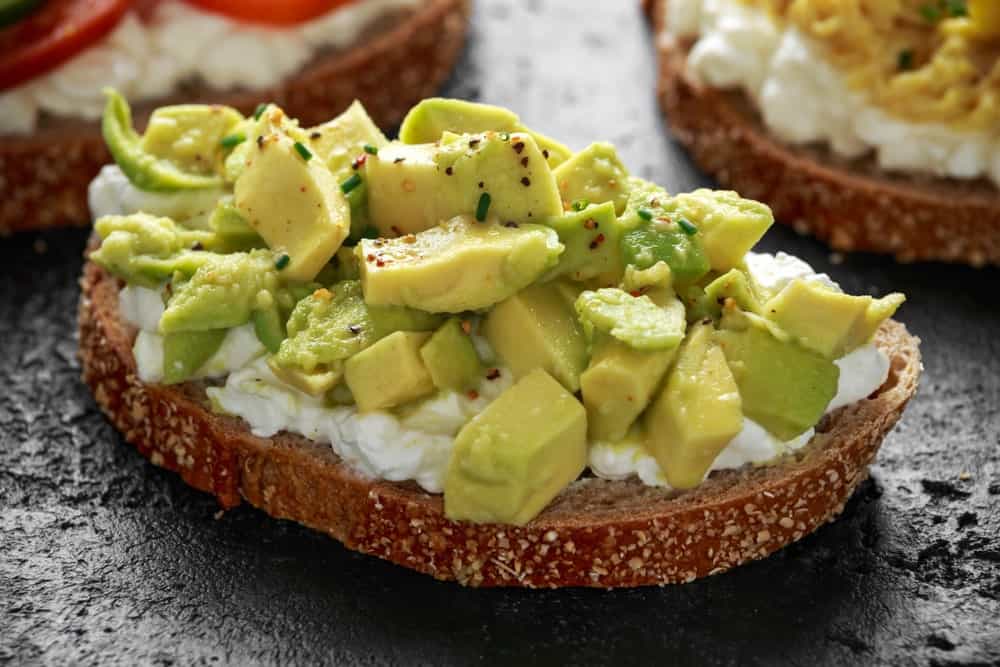 He has highlighted on more than one occasion his love for avocados. Avocado is a really great fruit with lots of Monounsaturated Fatty Acids. This makes the person physically healthy and has a good effect on heart health.

Rodney Yee has had a huge effect on the prevalence of yoga in America. His work has led to yoga studios in every corner of the country. He was one of the first people to make at-home yoga popular through his best-selling instructional videos. Later, he evolved from DVDs and videos on film to online instructional videos and books, which have helped increase his reach.