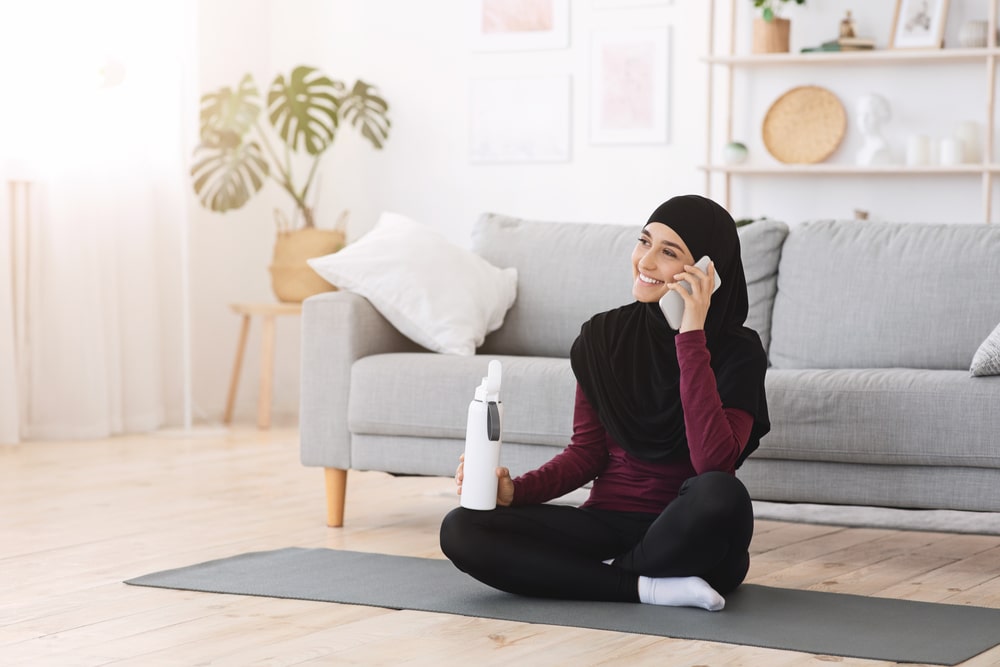 “That’s haram,” comments someone on a friend’s Facebook photo wherein she was doing a yoga pose with me.

As a yoga teacher whose studio is near a Muslim community, I’ve had many Islamic people who are interested in trying yoga ask me this question:

At first, I didn’t know what to answer. I had no idea what haram is. But when I saw the comment on a neighbor’s photo doing a yoga pose, I knew I had to learn about it. So, I had a heart-to-heart conversation with my Muslim friends about it, which I will share with you here.

But before I answer this question, I will first define what haram is and what yoga is. 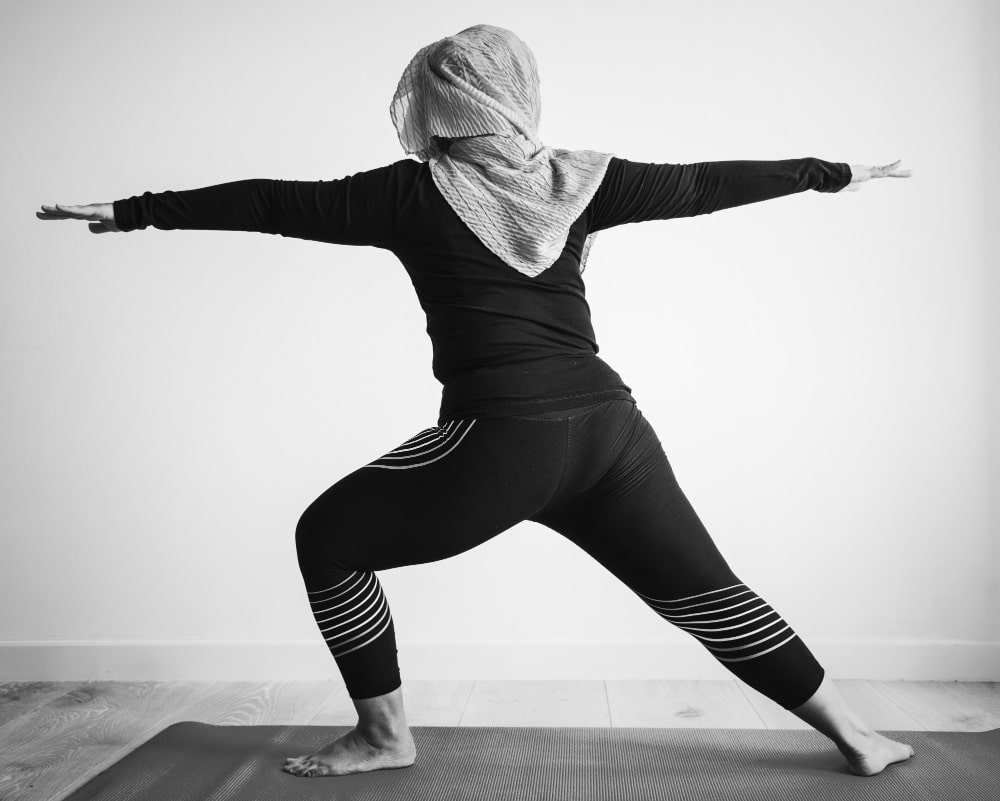 Haram is an Arabic term for “forbidden.” It refers to an activity, food, drink, or thought forbidden in the Muslim religion. There are two reasons why something is considered haram.

One, because they deem it as sinful. Second, it is only available to people who are pure or in a state of purity. A typical example of haram is eating pork.

Yoga is an ancient group of mental, physical, and spiritual practices. It originated in India in 3000 BCE. The word yoga translates to “to yoke” or “to unite.”

Traditionally, yogis practice yoga as a part of their religion. But today, even non-Hindus practice yoga. In the West, practicing yoga focuses more on the physical than the spiritual aspect.

So, is yoga haram?

There is no one answer to this question. Our Islam brothers and sisters have differing opinions. On one hand, they think yoga is haram. On the other hand, it is not.

Why Muslims Think Yoga Is Haram 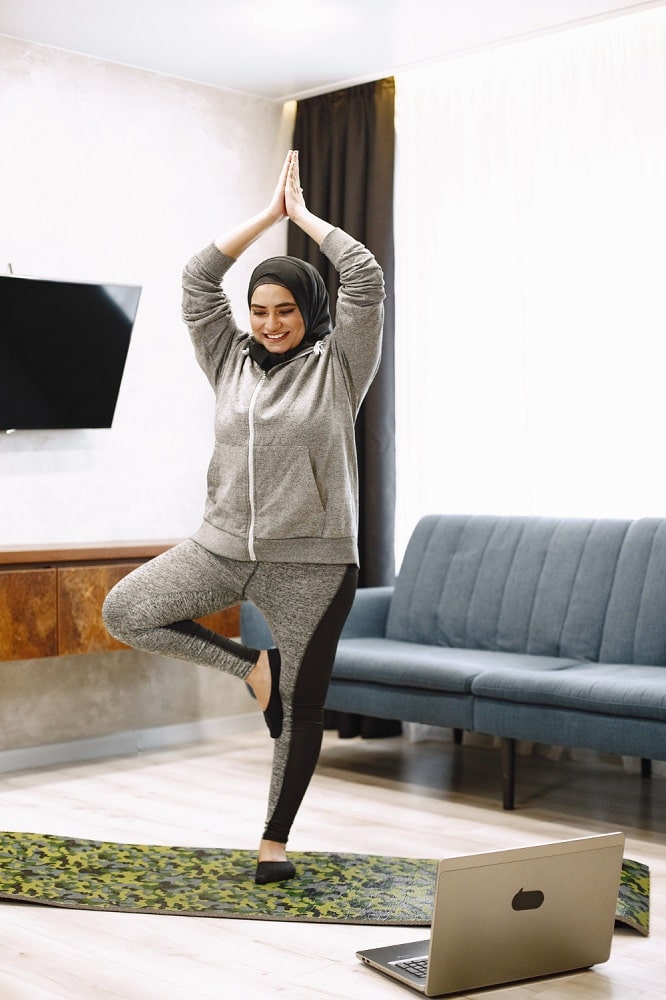 Here are the reasons why some Muslims think it is haram.

Tawheed is Islam’s concept of monotheism, which is the belief that there is only one god. Yoga is a practice from the Hindus. They don’t believe in Allah.

Instead, they have different gods and goddesses (i.e., Kali, Krishna, Ganesh, Vishnu, etc.). Many yoga lineages still include praying and offering their intentions to Hindi gods and goddesses, thus making it haram to some Muslims.

Muslims have a list of 70 major sins. The first one is shirk, the sin of idolatry or associating the name of God with others. So, for example, they think that yoga asanas that are animal-inspired are a form of idolatry.

Some Yoga Postures Are Similar to Postures for Worship

Some yoga asanas are similar to postures for praying in Islam. However, Islamic people are forbidden to practice these postures for other purposes.

You Need to Be Vegetarian

Some Muslims believe that you need to eat vegetarian to get the benefits of yoga. While they don’t eat pork, they certainly eat other meat such as beef, lamb, and chicken. Furthermore, they believe Allah did not reveal vegetarianism has more authority than their diet.

Another reason why Islamic people think yoga is haram is they think yoga poses are strange and shameful. In addition, they believe sitting in silence and not being concerned about what is happening in the surroundings is harmful to your health.

It’s a Waste of Time

It Can Lead to Addiction

Yoga is haram to some Muslims because they think practicing yoga even as behavioral therapy leads to addiction.

Why Muslims Think Yoga Is Not Haram 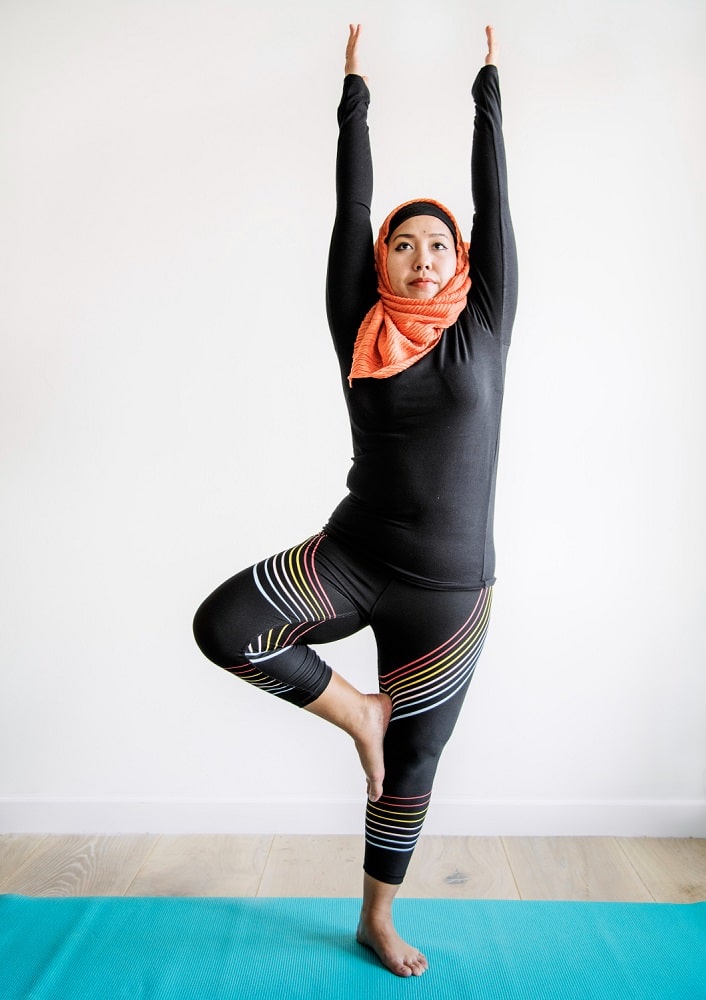 While some believe yoga is haram, some believe it is not. Only Muslims believe so. Although yoga started as a religious practice, it is not limited to a particular religion. Some yogic practices are attributed and similar to Buddhism.

For Reddit user hundreddollabillaz, “Intention is everything! I love yoga, and I don’t participate in the meditation aspect or the namaste and bowing that they do in classes lol. My intention is that it’s for stretching and flexibility, and there are routines in place to aid that (Sun Salutation)—our religion isn’t that hard.”

Another Reddit user CurlyishSue comments, “My mosque created a yoga group for the ladies. I loved it. Nothing haram about it.”

According to Sheikh Ahmad Kutty, a North American Islamic Scholar, “You may practice yoga for enhanced physical, mental and spiritual health—as long as you are firm in your faith in the Oneness of God and shun all rituals associated with polytheism.” He states seven points to explain why it is not haram.

The Goal is Not Un-Islamic

Kutty states that the goal of controlling the mind and body to find equanimity with your inner self in yoga is not un-Islamic.

Revelations Are the Same But Modified

Kutty considers the Hindu Vedas as the same revelations found in Qur’an but only in a different language.

It Can Lead You to God

Kutty thinks that wherever you find wisdom that will convince you that there is God, you must adopt it.

It’s Not Necessarily Polytheistic or Pagan 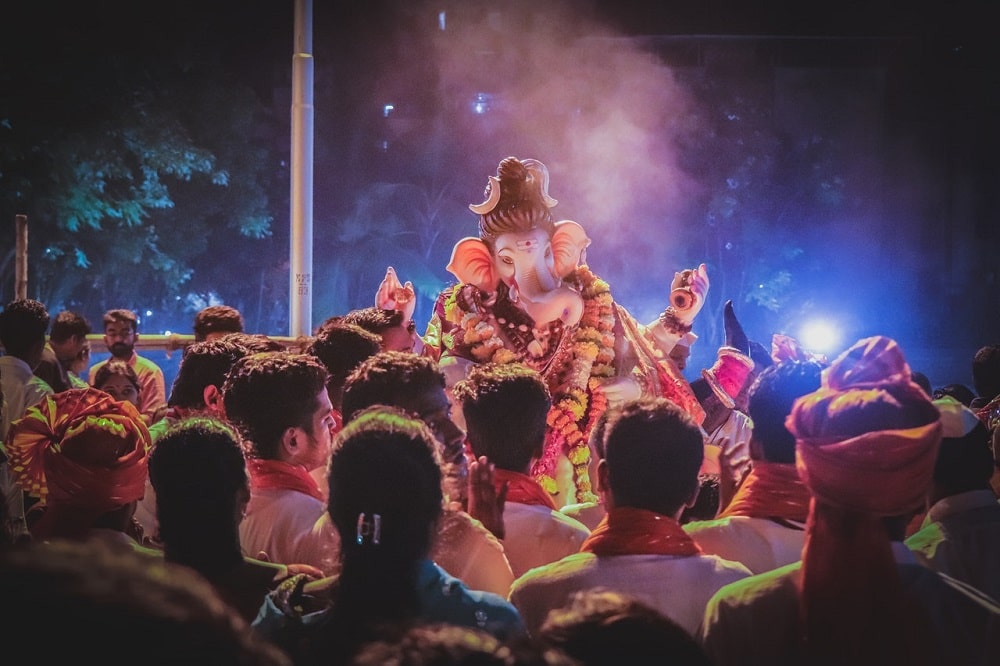 Kutty believes the Hindus are not polytheistic or pagan. He quotes the Muslim scholar of Hinduism, al-Biruni: “The Hindus believe about God that He is one, eternal, without beginning and end, acting by free will, almighty, all-wise, loving, giving life, ruling, preserving; one who in His sovereignty is unique, beyond all likeness and unlikeness, and that He does not resemble anything nor does anything resemble Him.”

Kutty also said the Qur’an does not sanction discrimination, racism, and xenophobia. But it is apparent in its orders in treating everyone with fairness.

It Incorporates the Best in Other Cultures

Furthermore, Kutty thinks incorporating the best in other cultures will help Muslims flourish.

Science Says It is Beneficial

Kutty further believes what scientific studies have shown regarding the benefits of practicing yoga.

It’s a Form of Physical Fitness

Kutty says to focus on the physical and relaxation aspects of yoga. He suggests substituting the chanting of Sanskrit mantras with Islamic forms of dhikr.

The Majlis Ugma Islam Singapura or the Islam Religious Council of Singapore has an advisory on practicing yoga. Muslims are allowed to practice yoga as long as they consciously practice improving their mental and physical health. But they are not allowed to practice the rituals in yoga, such as reciting mantras, because these are non-Islamic. 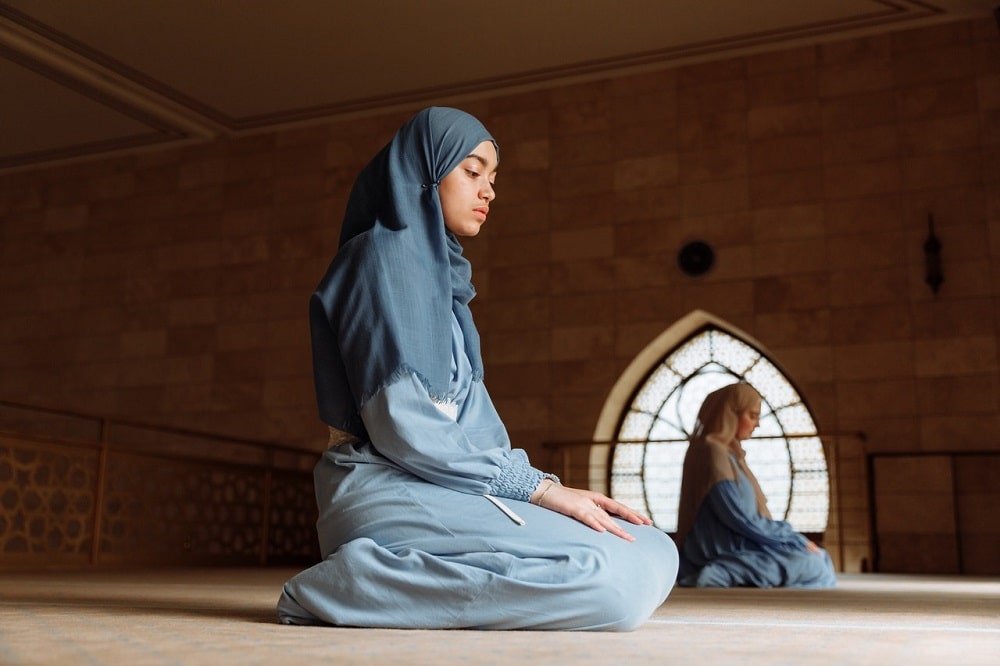 As a yoga teacher, I aim to be inclusive. I respect our Islam brothers and sisters who think yoga is haram and would rather not practice it. I also respect others who think it is not haram.

If you want to try yoga but are not sure where you stand, try it and follow the tips of Sheikh Ahmad Kutty and the Islam Religious Council of Singapore. Avoid chanting Om and terms that you don’t understand.

Also, avoid doing poses that make you uncomfortable. Lastly, only do the physical aspect of yoga, which is the asanas.