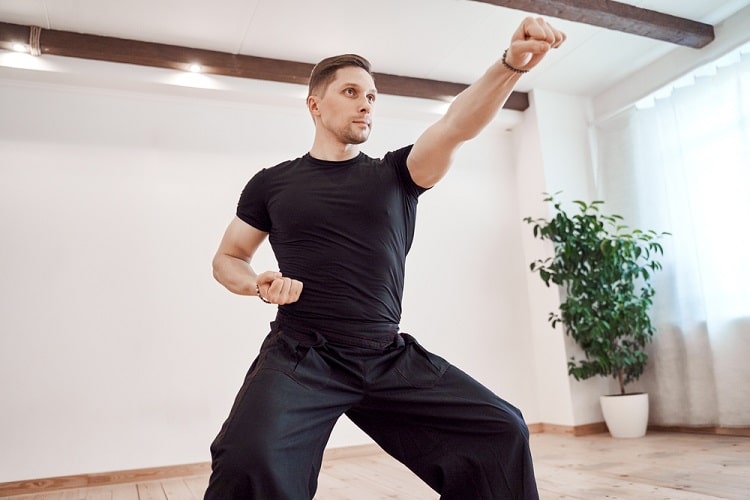 As a yoga teacher, I often get asked to define yoga. Is it a sport? A religious practice? A social event? A question that comes up with a surprising frequency is whether yoga can be classed as a form of martial art.

In my mind, the answer is crystal clear. On the other hand, I can see why people draw parallels between the two practices. Let’s examine what connects the ancient practice of yoga to martial arts.

What Are Martial Arts? 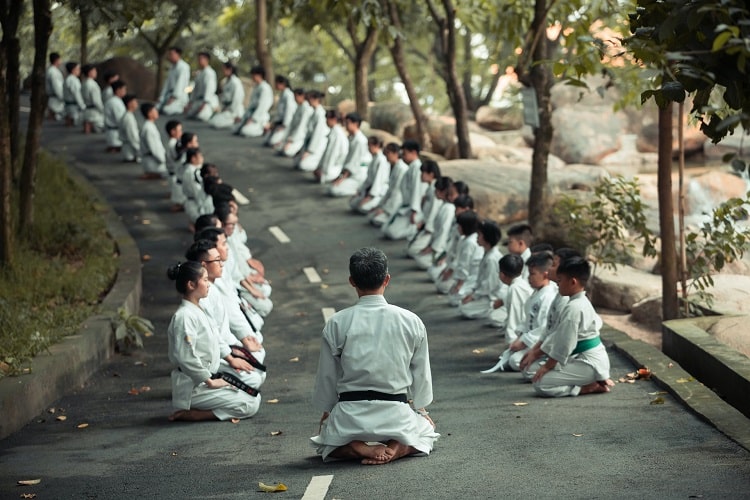 To adequately answer the above question, let’s take a closer look at martial arts. The word martial is derived from Mars, the Roman god of war. By definition, martial art is a combat practice.

Here are examples of martial arts:

What Do Yoga and Martial Arts Have in Common? 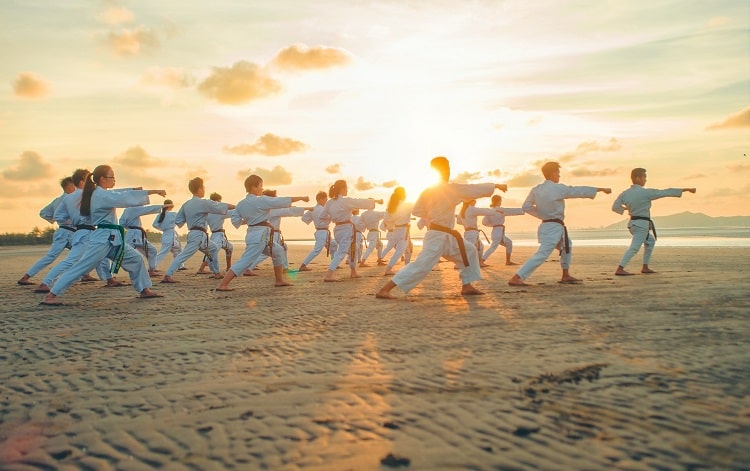 With few exceptions, martial arts revolve around movement. Yoga is well known for the asana practice—the physical postures and movement that connects them. Certain martial arts (e.g., tai chi or qigong) even resemble the fluid way in which we move through yoga.

Both yoga and martial arts require patience and discipline. It’s impossible to develop your skills and deepen your practice without time and dedication. The only person who can make you better is yourself. 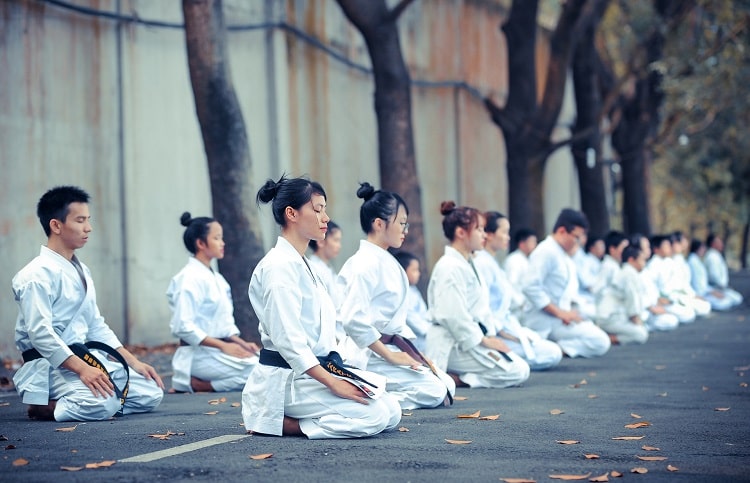 In yoga, asana is seen as a means to prepare the body for meditation. Just as yoga doesn’t center around stretching, martial arts extend beyond kicking at head height or breaking bricks with your bare hands.

Many mainstream types of martial arts dedicate a part of the training to mindfulness and contemplation. In fact, some forms of martial arts are closely linked to spirituality and practiced by monks.

Both yoga and martial arts emphasize the importance of consistency. Attending a yoga or taekwondo lesson once in a while might be fun, but the real benefits stem from regular practice. This applies to physical training as well as mental conditioning. 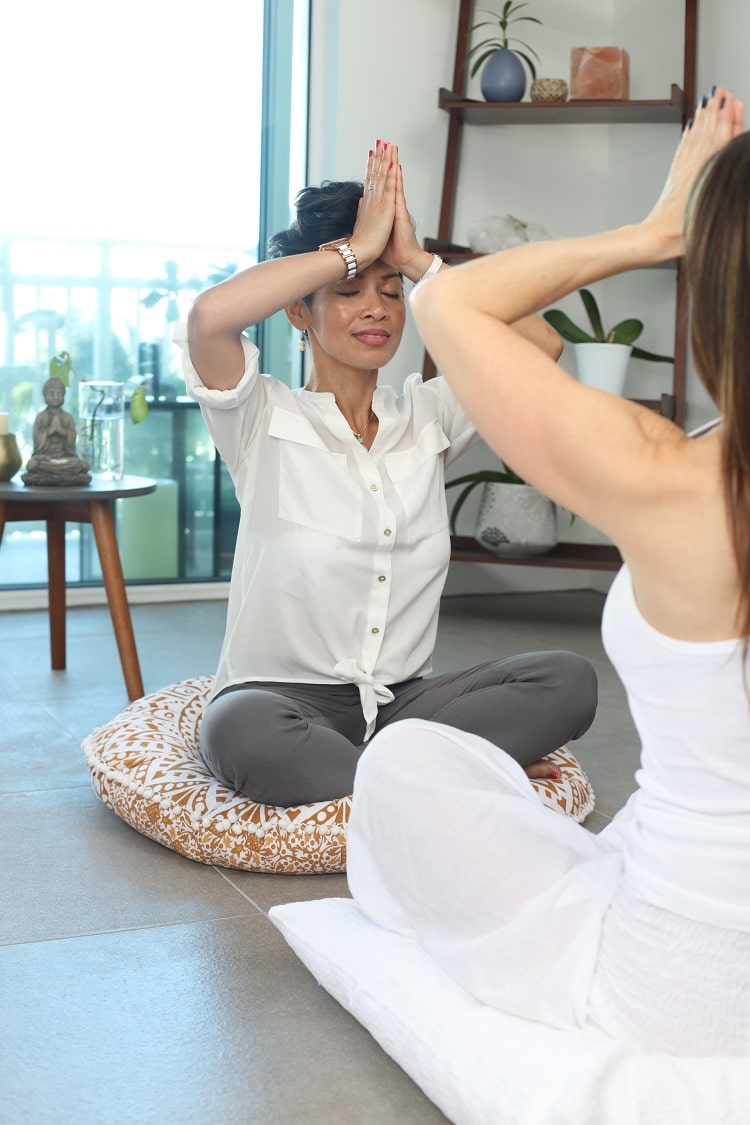 Although it is possible to develop your practice on your own, traditionally yoga is a set of teachings passed down from the more experienced practitioner. This process creates a special bond between the teacher and their student.

In martial arts, the teacher-student dynamic is very similar. In order to successfully guide their students, the teacher must be able to build trust, provide encouragement, and share their knowledge. 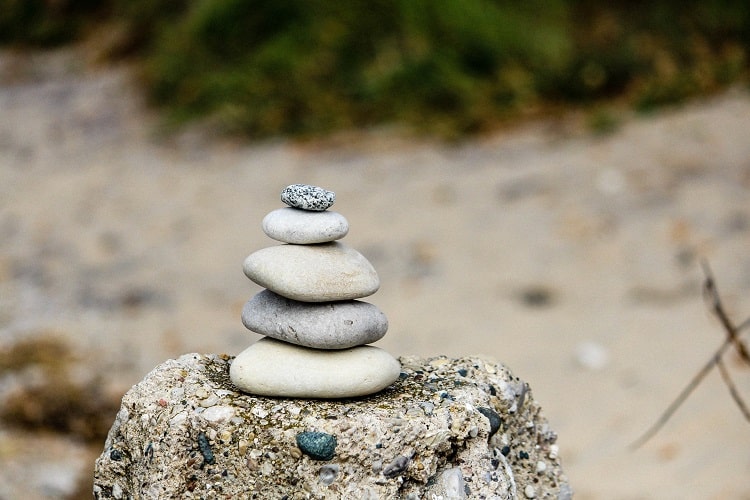 In yoga and martial arts, balance is key—physical balance, of course, for performing postures and tricky movements. It is just as important to be able to balance flexibility and strength, movement and stillness, as well as mental and physical elements of these practices.

Why Yoga Doesn’t Fit the Mold

Despite the similarities, yoga is not and has never been considered a martial art. Although yoga and martial art share some things in common, it is the differences between them that truly highlight the distinction. 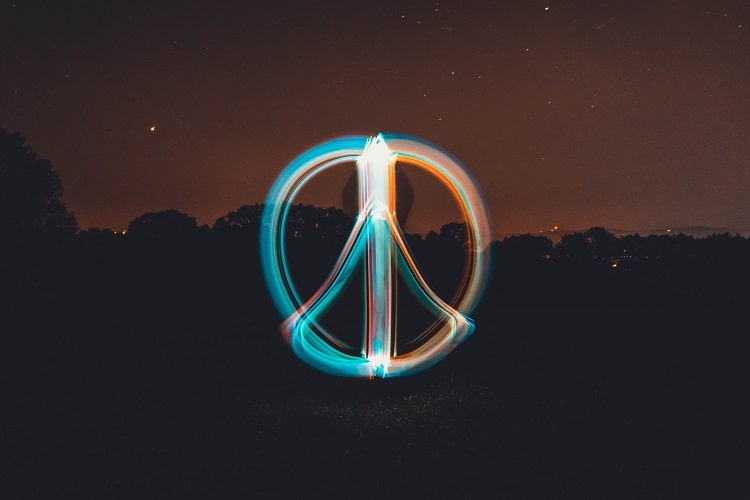 By definition, martial art is a practice revolving around combat and self-defense. Meanwhile, one of the underlying yogic principles is the concept of ahimsa. Ahimsa refers to non-violence in one’s actions, words, and thoughts.

The main objective of yoga is seeking enlightenment through the improvement of self. In yoga, we are taught to let go of our ego, withdraw from trivial matters, and strive to be kind, generous, loving person.

Although self-improvement is an integral part of martial arts, the pursuit of such improvement usually stems from the competition. In the combative context, being able to triumph over your opponent is like a reward for your efforts.

The word yoga means “yoke” or “union”. This can be interpreted in several ways. In yoga, we strive to create a balance within ourselves and understand the union of our body and mind.

Yoga also helps us connect to other people and the world around us.

Martial arts, on the other hand, are rooted in opposition. The very origin of the practice requires separation.

Is Yoga Helpful for Martial Arts? 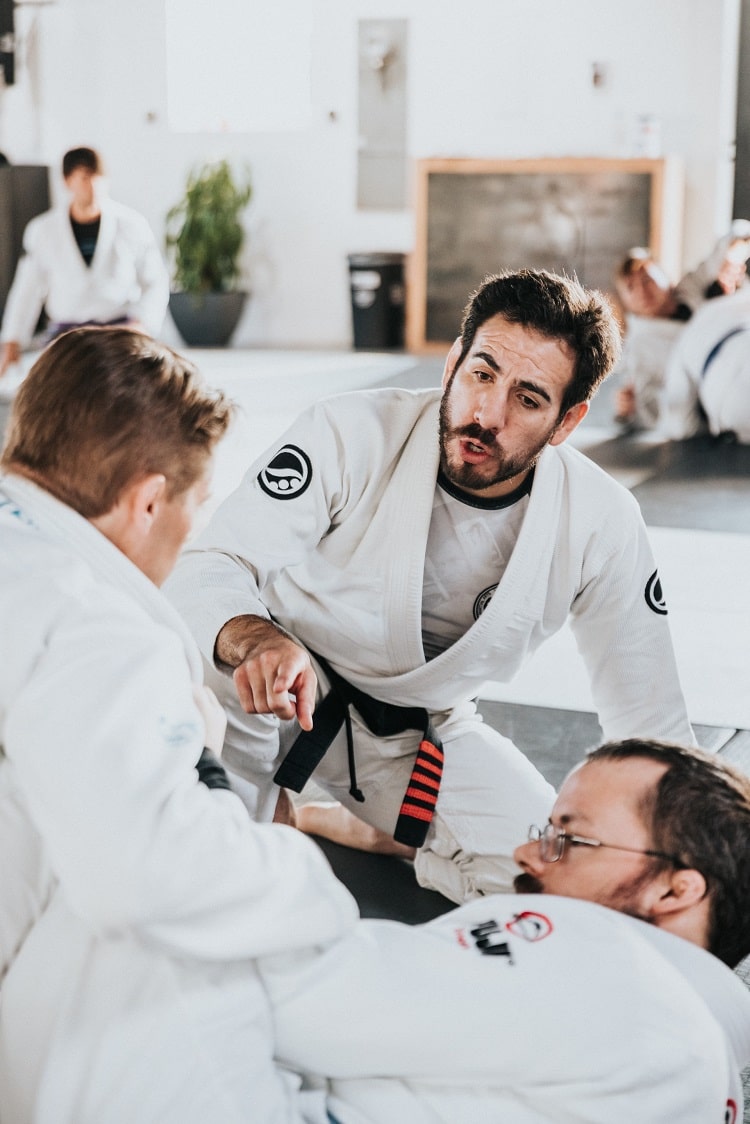 Although it shares certain aspects with martial arts, yoga is a spiritual, mental, and physical discipline in its own right. However, these practices are not mutually exclusive. As a matter of fact, yoga can be beneficial for those who practice martial arts.

In martial arts, balance is crucial for maintaining control of a person’s movements. Yoga features a wide array of asanas that focus on balance. From Tree Pose and Dancer to Crow Pose and Side Plank, yoga teaches you to find your center of gravity and keep the body still.

Being mindful of your body’s capabilities is key to a safe yoga practice. Pushing your limits can be tempting, but can result in an injury. When it comes to martial arts, learning to recognize your weaknesses is a strength.

Although it is not immediately obvious, core strength plays an important role in most physical activity. Whether you are walking your dog, getting up from a couch, or reaching for the top shelf, our core muscles support us every step of the way.

Many yoga asanas help develop the core muscles, directly or indirectly. In martial arts, practitioners with stronger cores are able to generate, as well as withstand, more force.

Yoga can be used as a complementary practice to other types of physical activity. It is increasingly popular among professional athletes and exercise enthusiasts. From soccer and basketball to running and rock climbing, yoga reduces the risk of injury and allows the body to recuperate.

Combat and self-defense activities carry a high risk of injury. Therefore, yoga is a great option for injury prevention and recovery from trauma.

Yoga is famous for its ability to make people more flexible. But yoga is not limited to stretching. Regular yoga practice strengthens the connective tissue around the joints and makes it more resistant to impact. The combination of strength and flexibility encourages active mobility.

Active mobility refers to the movement that can be performed without force (e.g., gravity or yoga belt). An example of active mobility in martial arts is the ability to lift your leg without using your hands or creating momentum.

Both yoga and martial arts require the ability to focus. Many aspects of yoga teach practitioners to achieve concentration. Being able to conjure focus takes practice, but it is worth it.

In combat, a fighter without focus is at a disadvantage. They are likely to miss the cues from their opponent, make unnecessary moves, lose their balance, and spend extra energy. A fighter with a sharp mental focus reacts faster and moves more efficiently. 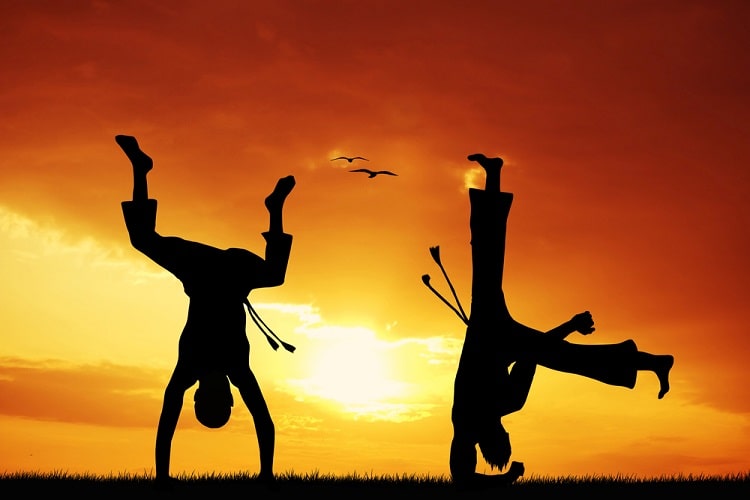 Despite the overlapping practices between the two, yoga is not a form of martial art. That being said, practicing yoga alongside martial arts can further the development of your physical skills and enhance your awareness and focus. If you are a yogi who has never tried martial arts, you may benefit from new skills and a new perspective.

As fulfilling as they are individually, yoga and martial arts truly complement each other when practiced simultaneously.