25 Celebrities Who Do Yoga

Art Chief Editor
Many celebrities practice yoga to stay in the best shape possible. Does it matter whether celebs do yoga? Not really, but it's fun to read. 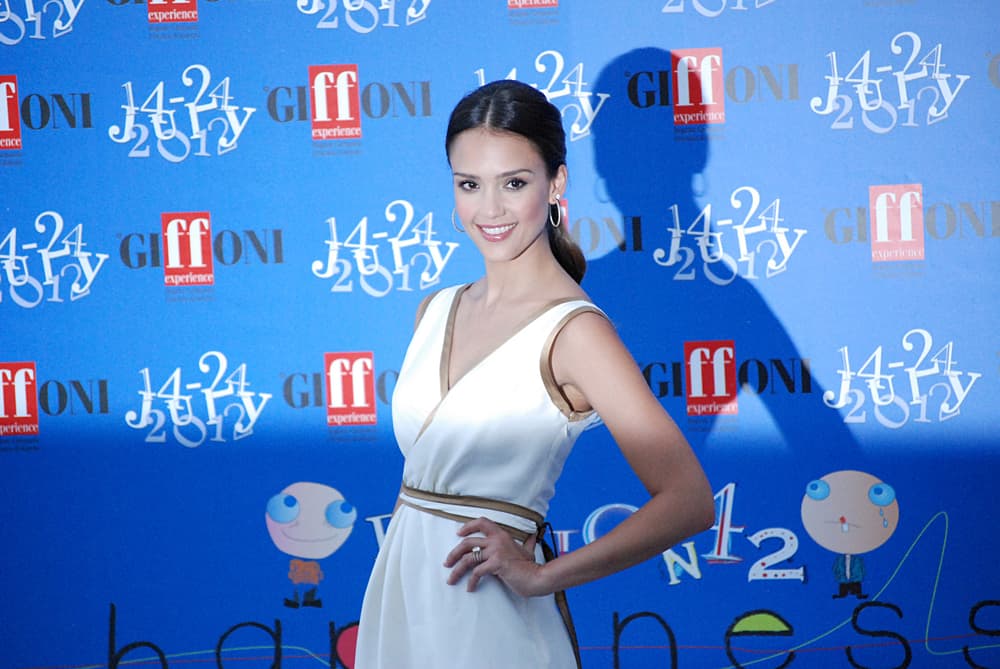 Generally, people set their first impressions of celebrities on the basis of their physical attractiveness. Celebrities, being part of the mass media, where their physical appearance (if not all) is a major chunk of their overall personality.

Due to these reasons, stars have to follow a strict fitness routine to keep themselves in proper shape at all times. But the pressure to “look good always” can take a toll on their mental health. Hence, maintaining body-mind wellness becomes essential to them.

To feel and look good, our favorite celebrities practice yoga religiously. Here we have assembled a list of all the famous celebrities that are totally hooked on yoga. 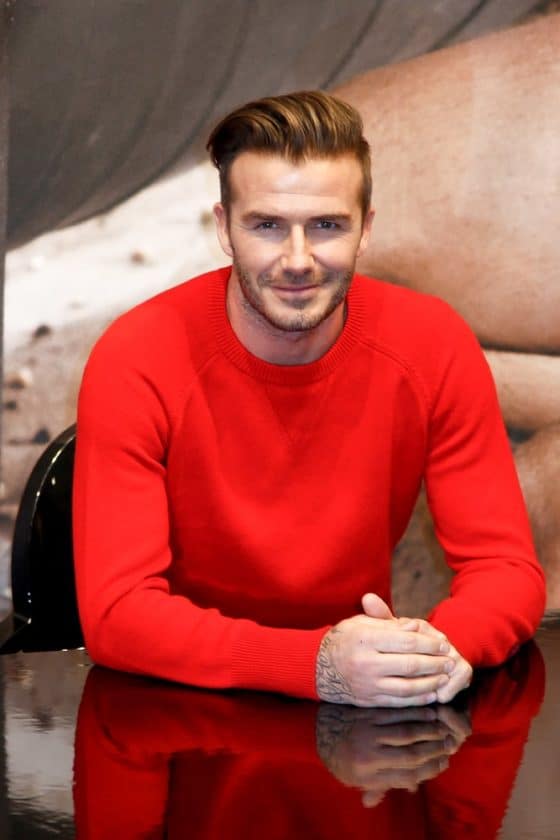 He may not be a professional football player anymore but the 43-year-old icon is still a health-conscious individual who lives a healthy life. His personal trainer, Shona Virtue introduced Bikram yoga to his lifestyle.

By practicing this kind of yoga on a regular basis, the former athlete has become more flexible, relaxed, and even stronger. Reportedly, he has also practiced couple’s power yoga with his wife – Victoria Beckham for deepening the relationship with his wife. 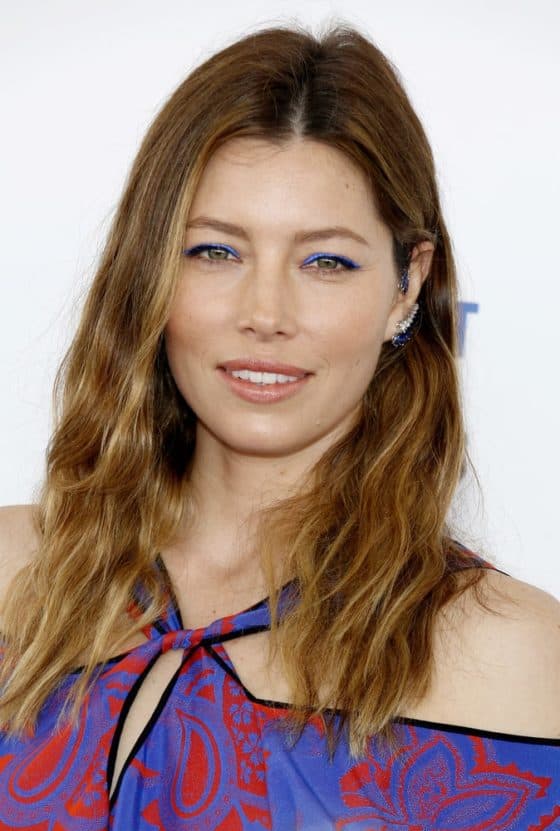 For most celebrities, yoga is all about enhancing their physical appearance but for Beil yoga is much more than simply improving her physique.

According to Biel, breathing, which is an important aspect of yoga, helps her become more connected with both her body and mind in a way that is impossible otherwise. She once confessed that yoga helped her “find herself in [her] 20s”. 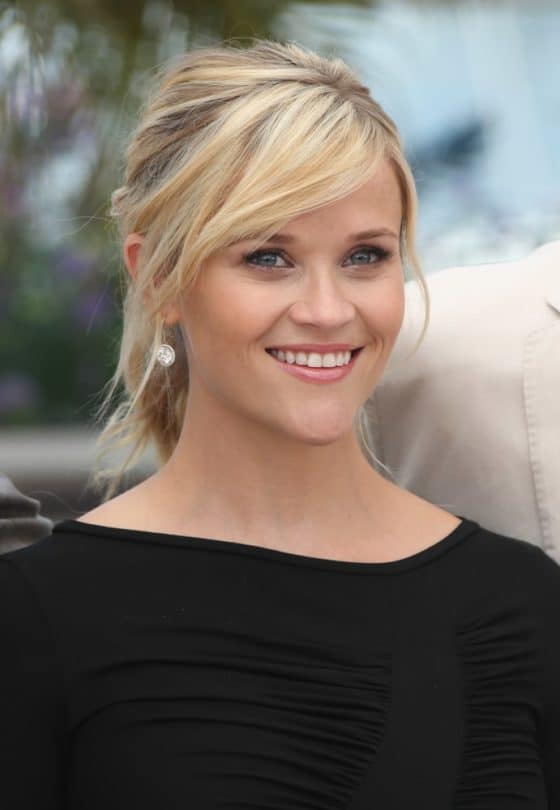 Known for being a runner, the Legally Blonde actress has found a new interest which is yoga!

If you are interested in Reese’s yoga workout, then you must know that whenever she is in her hometown – Santa Monica, California – she participates in weekly 90-minute classes at Yoga Hop.

The stunning actress revealed that her favorite yoga pose is the side-angle pose as it helps strengthen and stretches her legs and chest respectively. 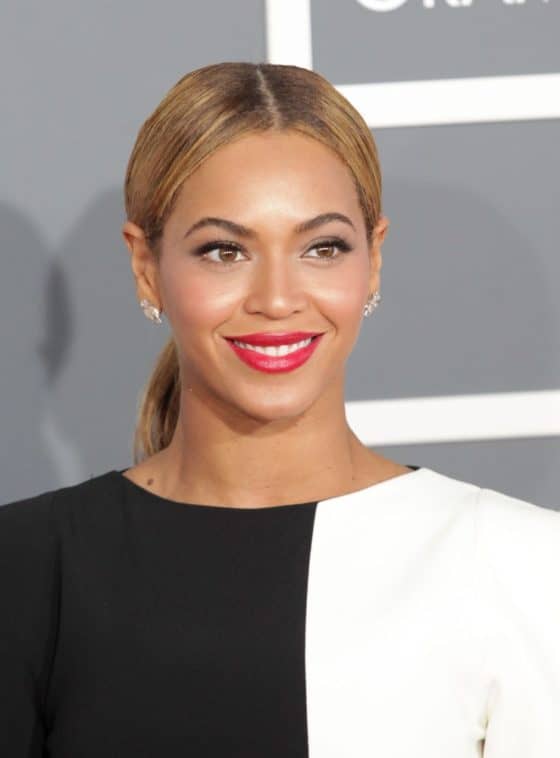 Many people may not know, this but the reason behind Beyonce’s gorgeous body is not her genes but her indulgence in yoga and meditation! 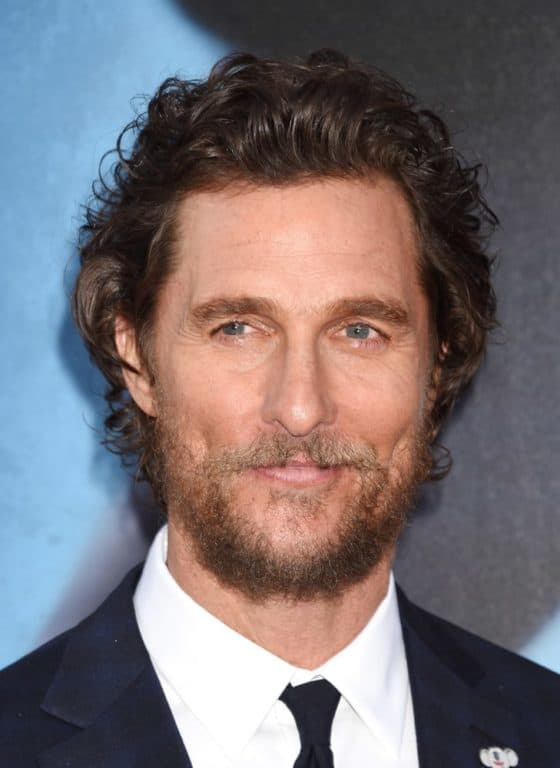 Do you know the secret of McConaughey’s fitness? Yoga exercises!

The Academy Award-winning actor likes to believe that his regular yoga and meditation is responsible for his great body and relaxed mind. The fitness enthusiast is often clicked by paparazzi, practicing mainly yoga on the California beach.

But that’s not it.

The 41-year-old actor is into pushups, sprints, press-ups, one-legged squats, and kettlebell work as well. 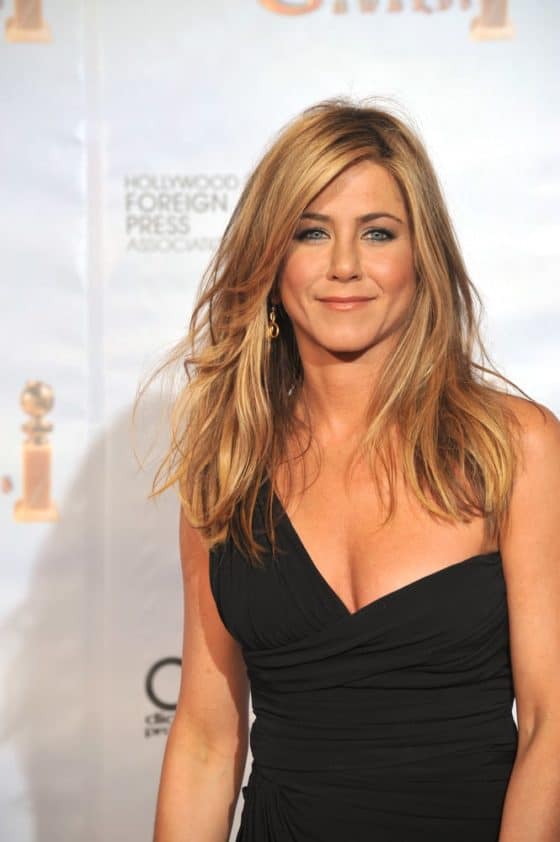 Famous for her role as Rachel Green in the most popular sitcom “Friends”, Jennifer Aniston has a body to die for. The gorgeous actress revealed that she loves doing an intense workout early in the morning.

Her workout regimen includes – spin yoga, interval training, and climbing at Rise Nation. A daily workout helps her become healthy, holistic, and comfortable in her own skin. 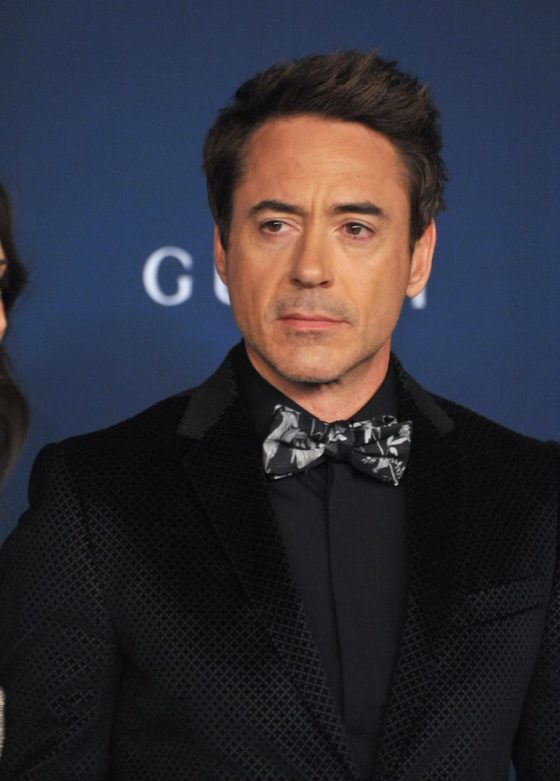 It is hard to believe that Downey is 65 although he looks more like he is in his 30’s. You may wonder what keeps him so young and fresh. Well, it is all because of yoga! 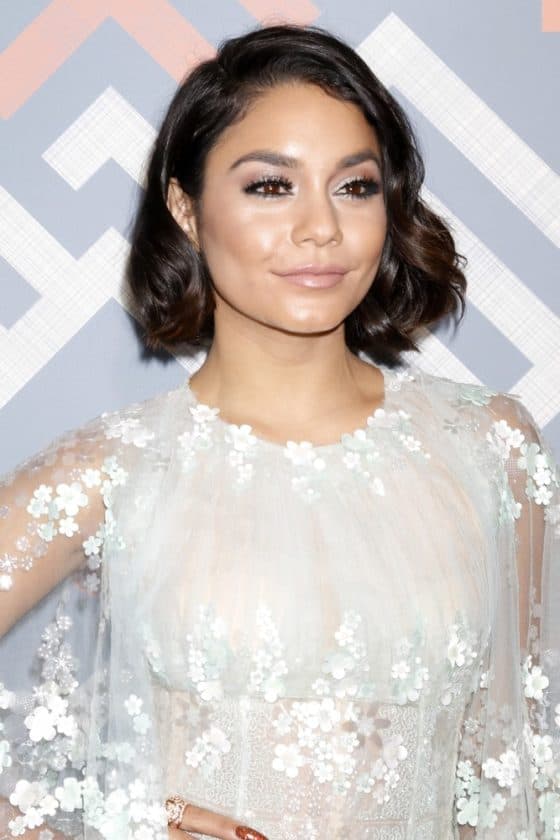 If you thought that the reason behind Hudgen’s radiant beauty and toned body is her active and healthy lifestyle, well you’re right. Including many things that she does to maintain her body, Hudgens swears by her yoga classes.

To her, yoga is “therapy” which has helped her to stay centered and focused. After filming an intense role in “Gimme Shelter”, the Disney child star couldn’t “recognize” herself and yoga helped her get back to her former self. 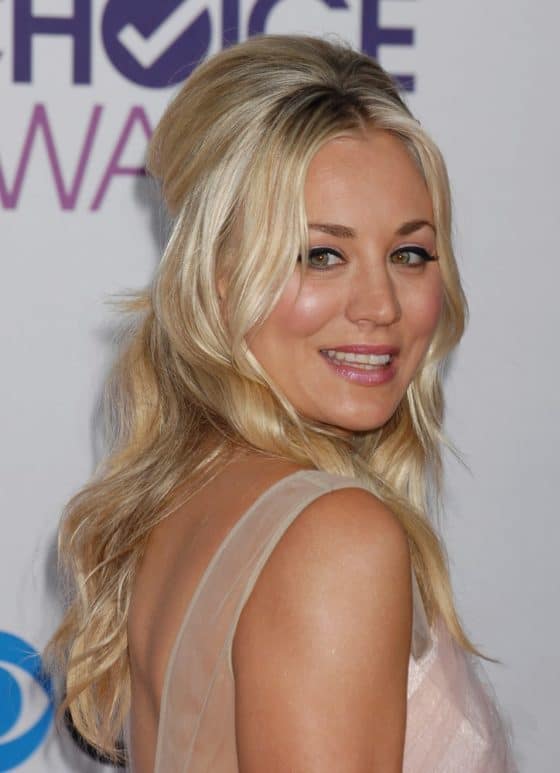 Cuoco is a hard-core yogi. And her inspiring yoga photos on Instagram are a testament to that! 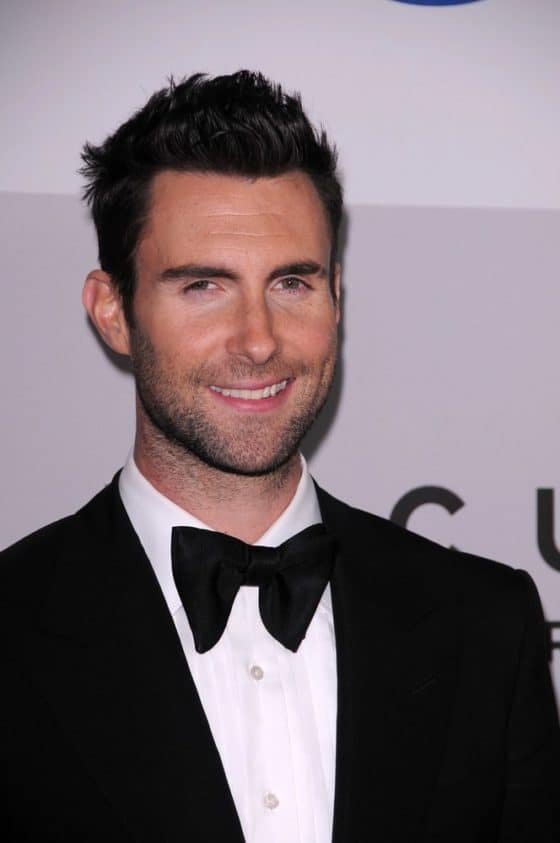 All men out there – if you want to build a sexy toned body like Adam Levine then do what he does. Practice yoga every day.

The Maroon 5 lead singer performs a variety of yoga poses, developed especially for him by his personal yoga coaches.

Some of the popular yoga poses that the popular singer indulges in include Ashtanga, Vinyasa, Jivamukti, Iyengar, etc. Practicing yoga on a regular basis has boosted Levine’s strength, flexibility, patience, and endurance. 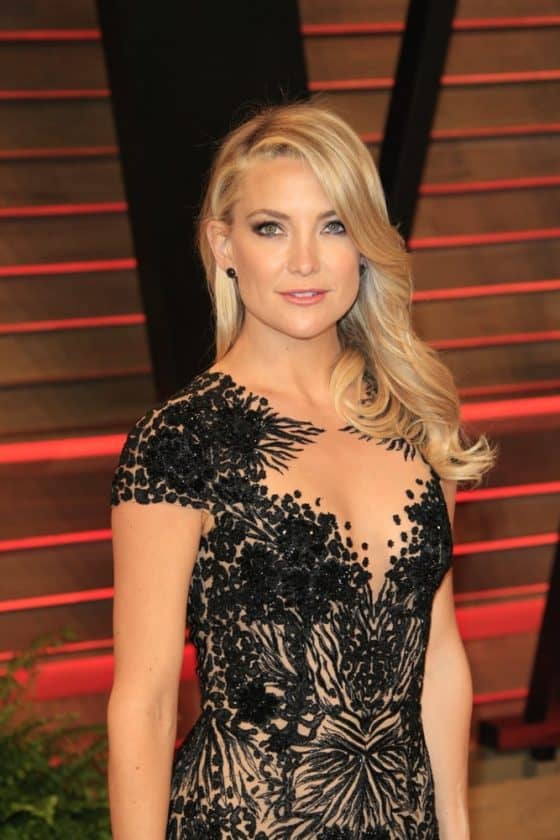 If there is any celebrity that can pull off advanced yoga moves like a pro, it is none other than Kate Hudson!

Did you know that while pregnant, the bonafide star did not give up on her yoga exercises? For a “first-trimester photo shoot”, the Fabletics founder balanced on a yoga wheel with her feet in the air. Expert yogis tell that a yoga wheel is essential for stretching out both your back and chest.

Hudson’s amazing yoga-toned body, is indeed, an inspiration to many. 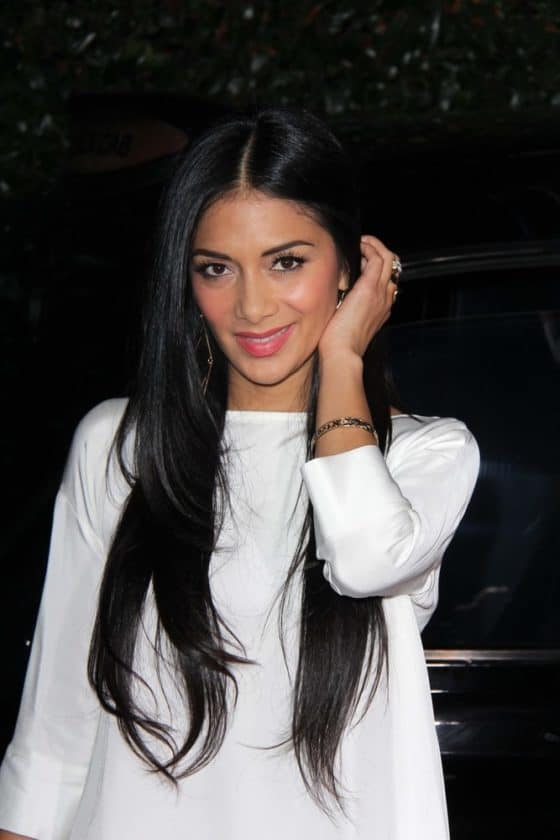 The American singer, actress, and TV personality is a yoga pro in the truest sense of the word. You’ll often see online photos of her practicing yoga on quiet, calm beaches, inspiring us to no end! 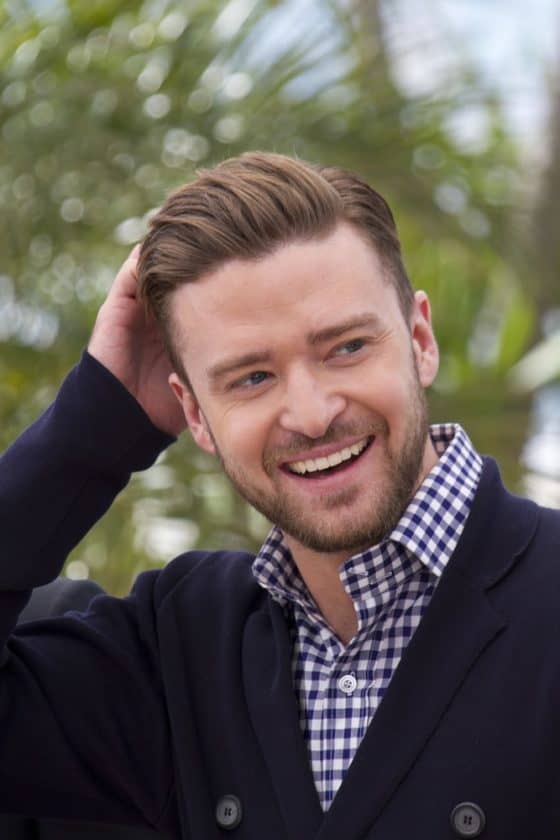 Do you wonder how Justine Timberlake, with such a busy schedule, is able to stay on top of his fitness game? That’s with mommy-daddy workouts that he practices with his super-smart wife- Jessica Biel. Both Timberlake and Biel are fitness freaks who enjoy doing yoga together. 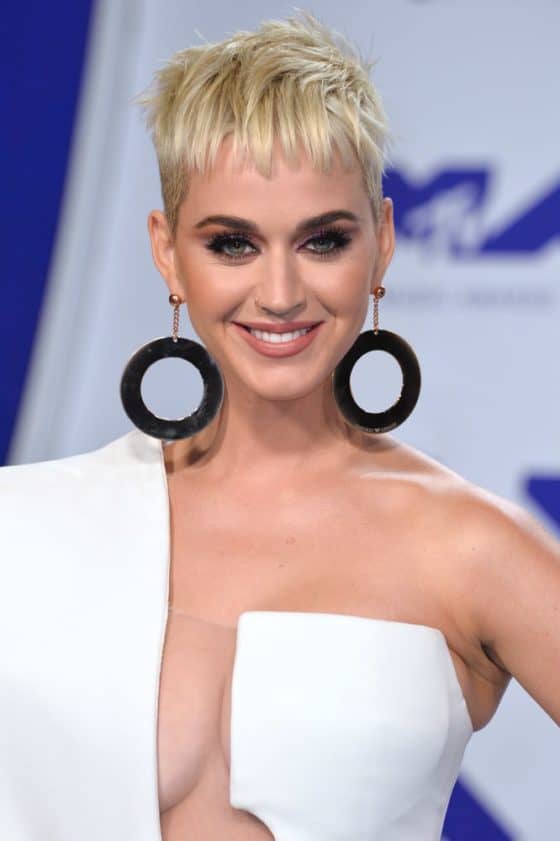 Katy Perry may be introduced to yoga much later in her life but she was quick to appreciate how it has been “life-changing” after her divorce from his former husband Russell Brand. 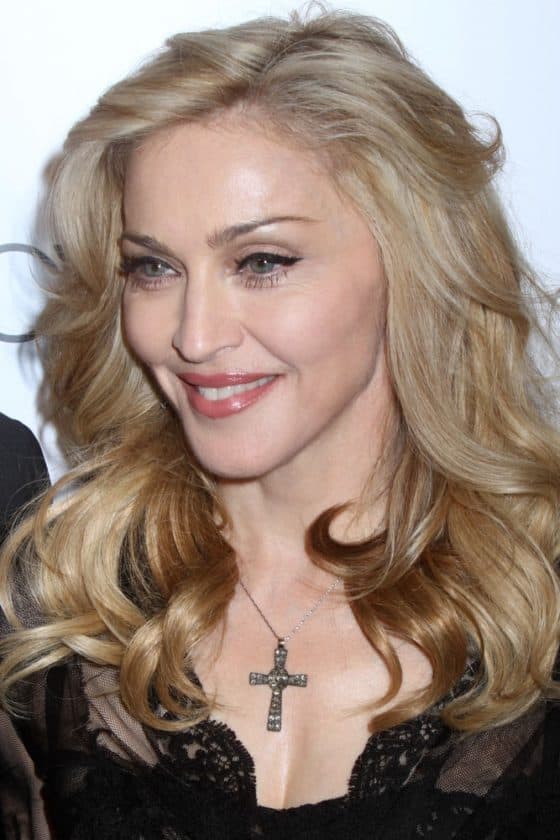 Madonna may be famous for her hit singles in the 80s, but in recent times the Queen of Pop is making headlines for her yoga regimen. The youth icon of her time regards yoga as a metaphor for life.

She also has some advice for all the yogis out there who may be just starting out – “You have to take it really slowly. You can’t rush. You can’t skip to the next position. You just have to breathe, and let go. It is a workout for your mind, your body, and your soul.” 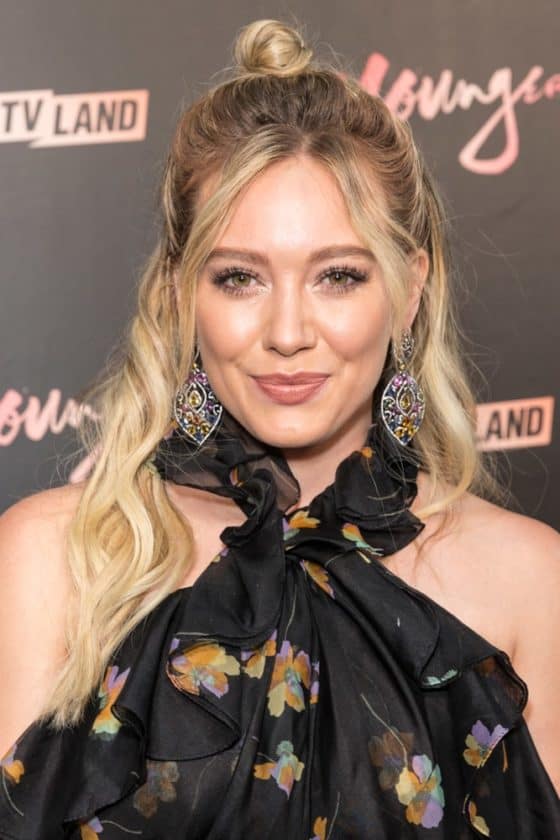 The Lizzie McGuire star has managed to keep herself fit and smart despite having two kids. A regular yoga session along with other forms of exercises have had helped her stay physically and mentally healthy. 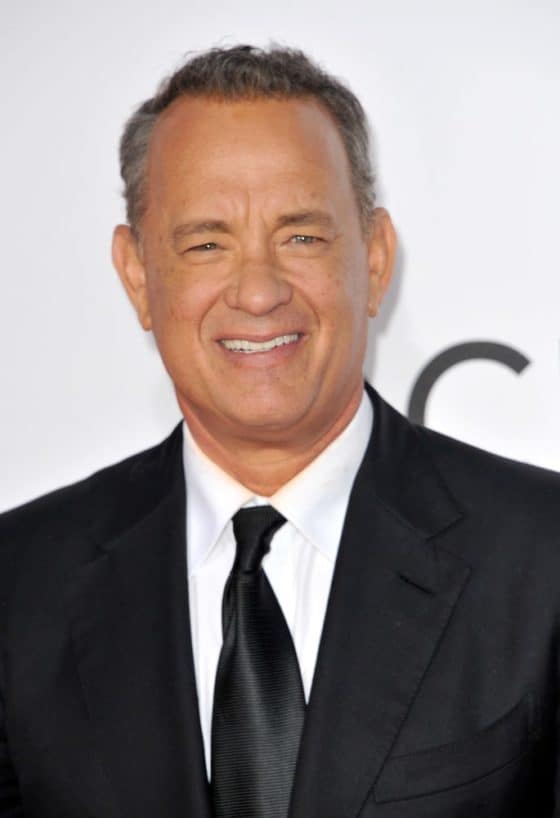 The 63-year-old actor, who has won millions of hearts with his stellar performances, doesn’t shy away from disclosing how practicing yoga has lessened his physical pain and made him a stronger man. 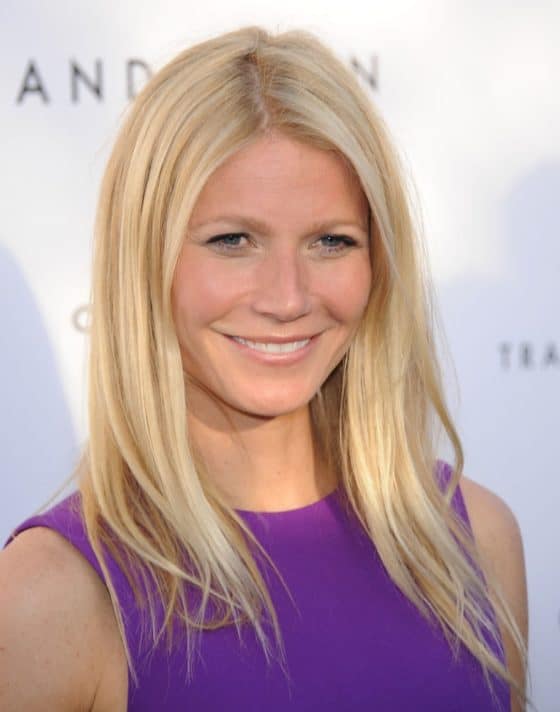 Although Paltrow is not a morning person, she manages to wake up at dawn and practice her yoga. She follows her yoga regimen early in the morning six days a week. 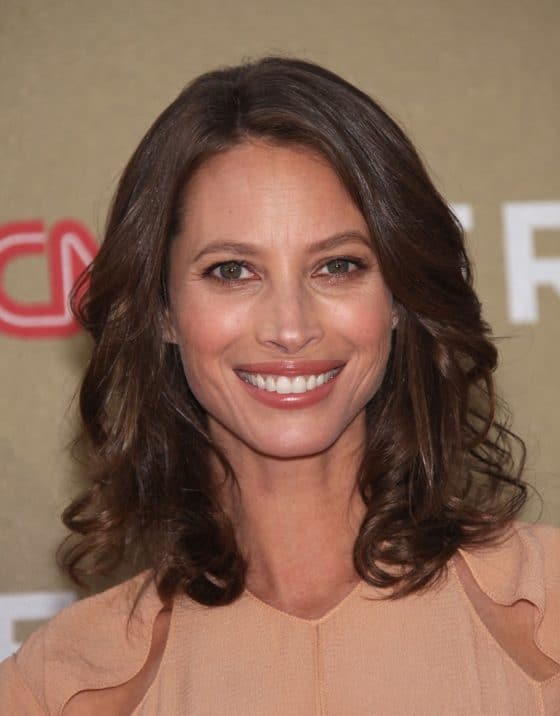 Did you know that the supermodel has been a yogi since her teenage days? And she proudly continues to be one.

For Christy, giving up on yoga is no option. And we agree! 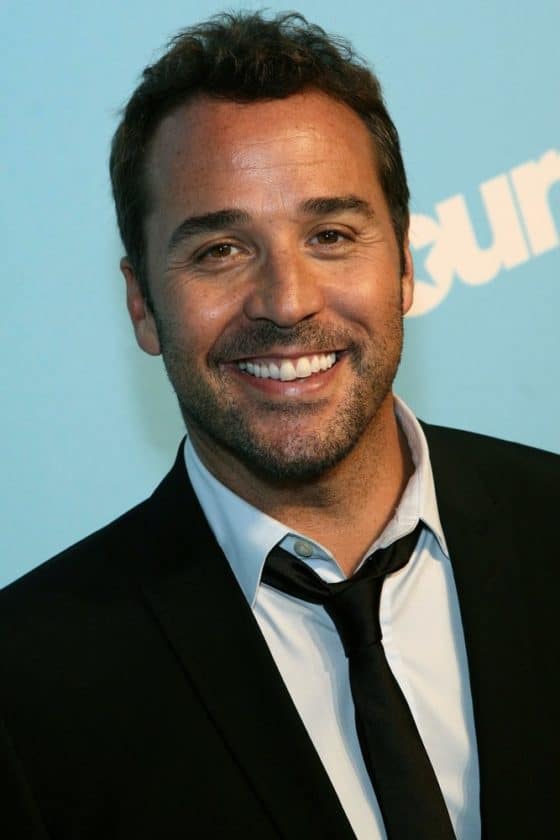 When he is not on sets, Piven spends his time on the mat, and that is totally a win-win situation. Now you know how you can make the most of your free time. 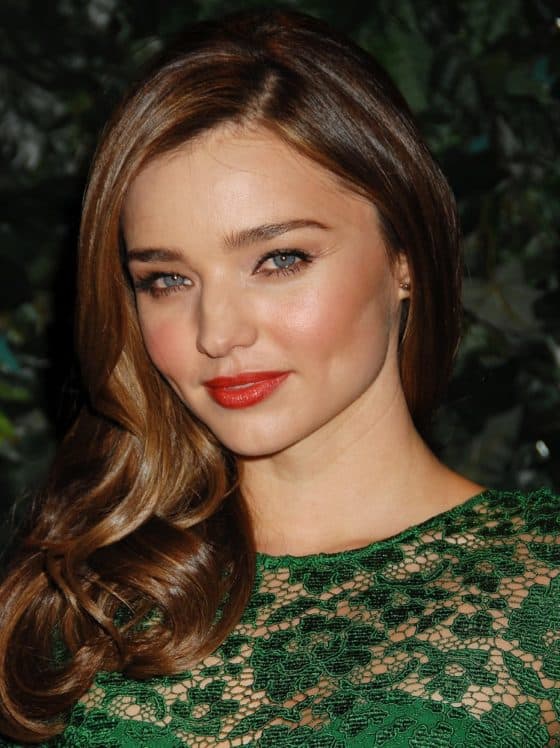 It’s no surprise that Miranda Kerr performs yoga daily, considering that she has a stunning body. Kerr admits that for the past 15 years, yoga has been the core reason for her overall wellness. 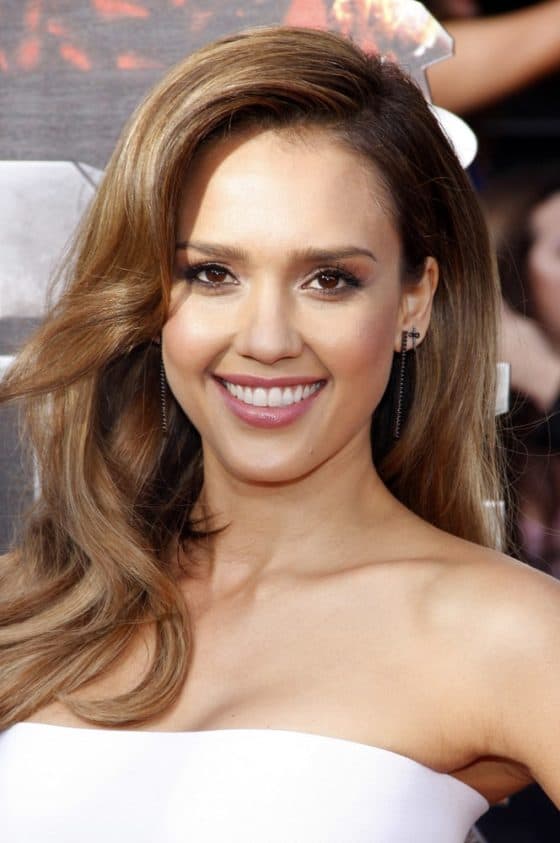 You must have seen the critically acclaimed actress coming out of her LA yoga studios. This is where the Fantastic Four actress spends most of her “me time”, doing what she loves most – Yoga!

Alba has shared that yoga has helped strengthen both her body and mind which is why it is her most favorite type of workout. 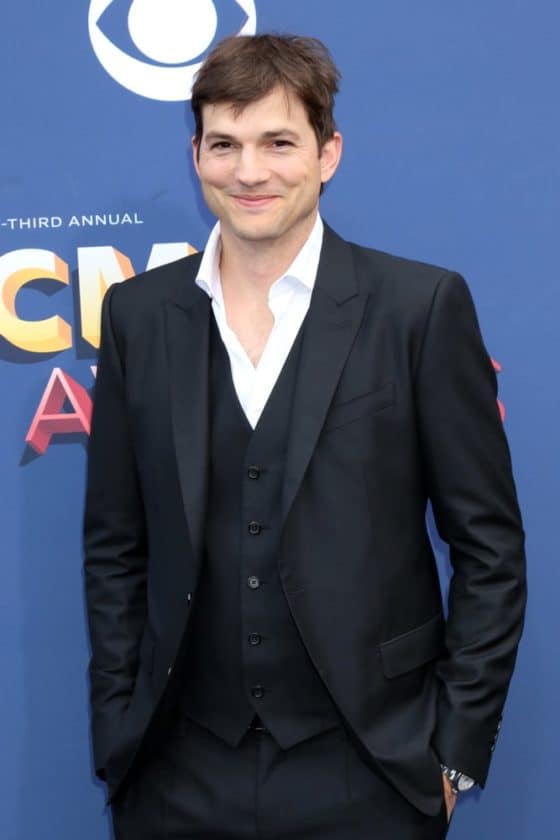 The No Strings Attached actor revealed that he started practicing yoga with his ex-wife – Demi Moore and hasn’t stopped since then. Bikram yoga and Krav Maga have helped him achieve mental clarity and desired body shape. 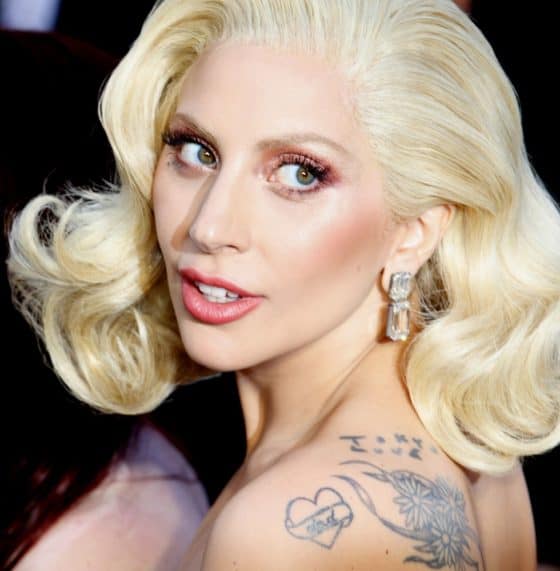 Tricia Donegan – the personal trainer of Lady Gaga revealed that the megastar’s “success is down to yoga”. The provocative and unconventional singer has been doing Bikram yoga before she even became famous and has continued to keep up her yoga practice till now. 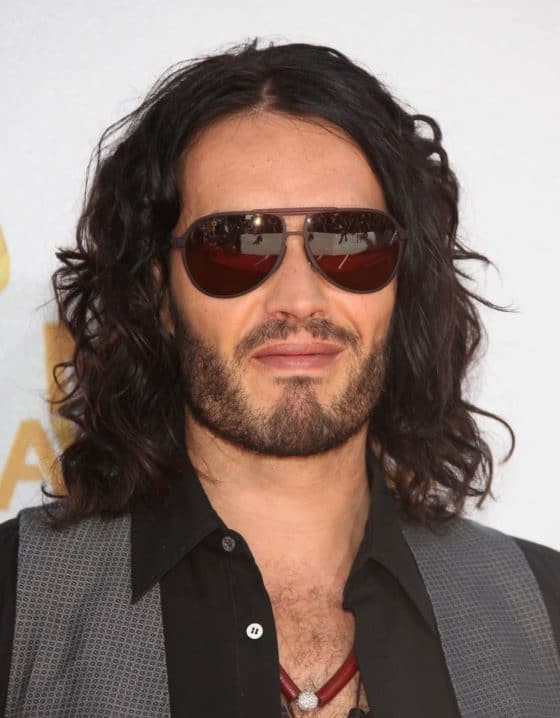 After his breakup with Katy Perry, the award-winning English comedian, actor, writer, and presenter leaned toward the famous eastern practice – yoga – to achieve overall peace.

Brand proudly shared that he is much happier due to yoga and meditation.

Despite their super hectic schedules, these celebrities have been able to devote some time to regular yoga sessions. The question is – what’s keeping you from doing the same?