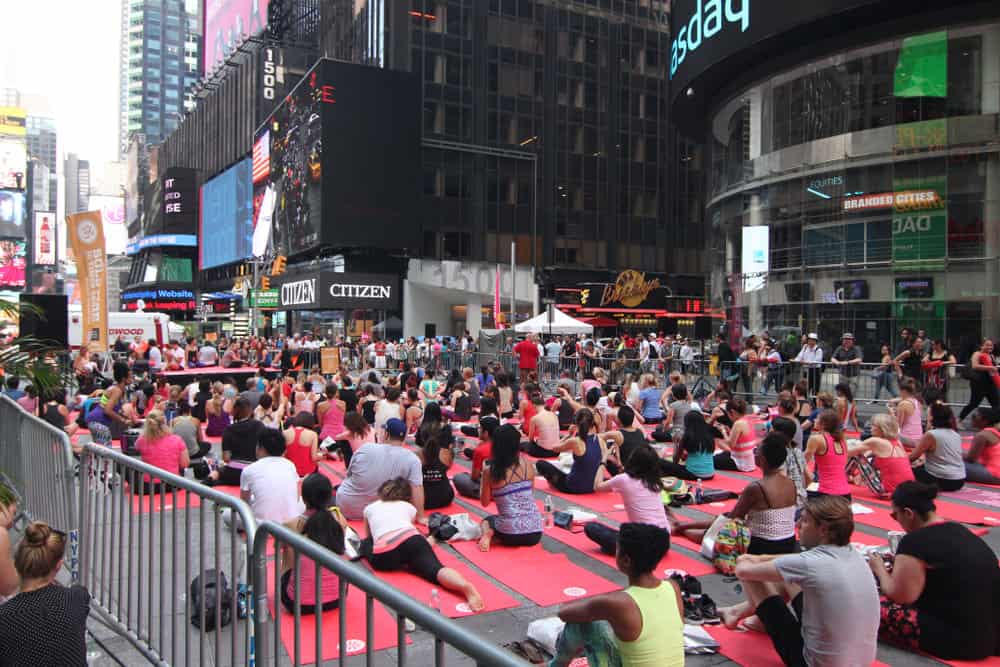 Some people like yoga classes that are full because of the community feel.

I prefer smaller yoga classes.  The most important aspect is that there’s sufficient room.  I don’t like being crammed into a class with not enough room.

The questions we answer in this article are twofold:

How did we get our answers?

We’ve been surveying yoga studios for years.  The data and charts set out below are the result of survey responses from 361 yoga studio owners from 2017 to 2019.

Please keep in mind that the survey responses are self-reported by yoga studio owners.

Here are the results.

Which day of the week is the busiest at yoga studios?

The question we put to yoga studio owners was:  What is the busiest day of the week at your yoga studio?

Chart illustrating busiest day of the week at yoga studios 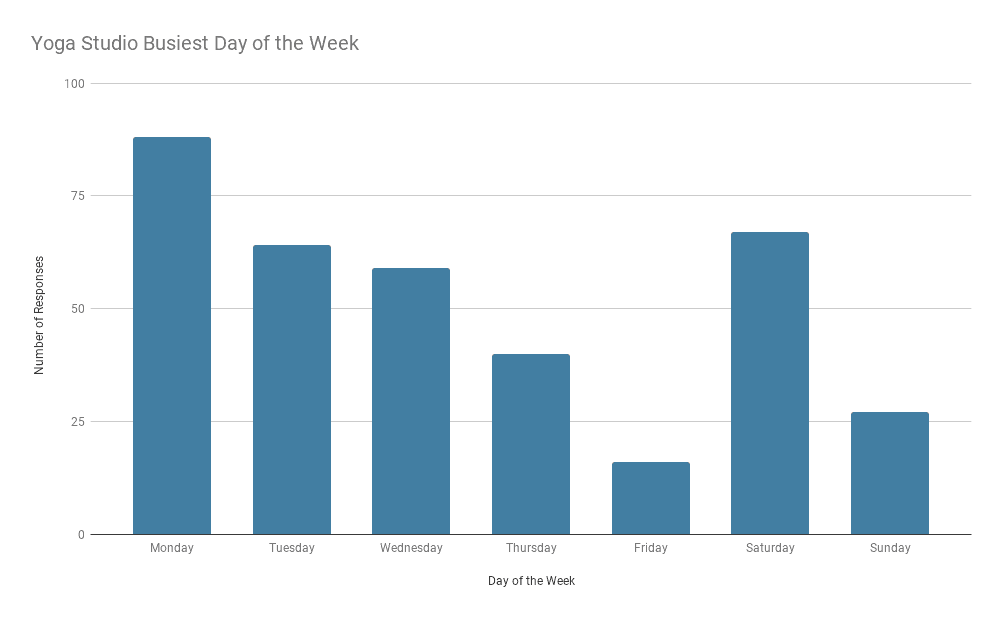 What does this mean for yoga students?

I would have thought the weekend days would be busiest.  That said, Monday being the busiest is kind of like the January effect where people kick off the year with an intention to get healthy by attending more yoga, dieting, and working out more.

Monday being the first day of the week is similar in that people want to kick off the week getting into a healthy regimen.

If you don’t care for busy yoga classes, Thursday, Friday and Sundays are your best bet.

What does this mean for yoga studios?

Offer discounts on slow days may help beef up attendance on those days.  Something like “Frugal Friday Yoga”.

Which Time of Day is the busiest at yoga studios?

The question we put to yoga studio owners was:  What time of day is busiest at your yoga studio? We provided default responses where were:

349 yoga studios responded to this question.

Chart illustrating the busiest time of day at yoga studios 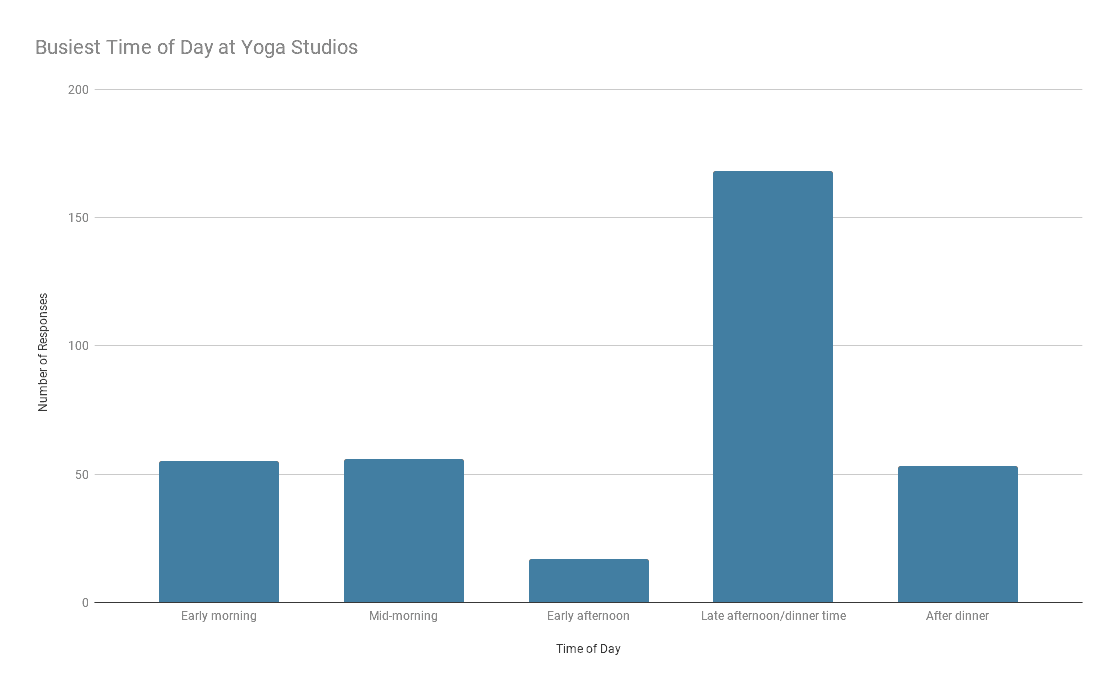 Frankly, I would have thought after dinner would be more popular; however, I guess most people go to yoga classes directly from work.

Mornings are more popular than I would have thought given the following statistics:

This means that the largest group of yoga class attendees are working so it’s no surprise they’re only available after work.

What does this mean for yoga students?

If you can fit in yoga classes at times other than late afternoon, you have a better chance at securing a spot.

What does this mean for yoga studios?

It means that perhaps offering discounted class rates during slow times may get more people in the door. It also means to perhaps offer 2 classes back-to-back in the late afternoon/dinner time to max out the number of people who can come to your studio.