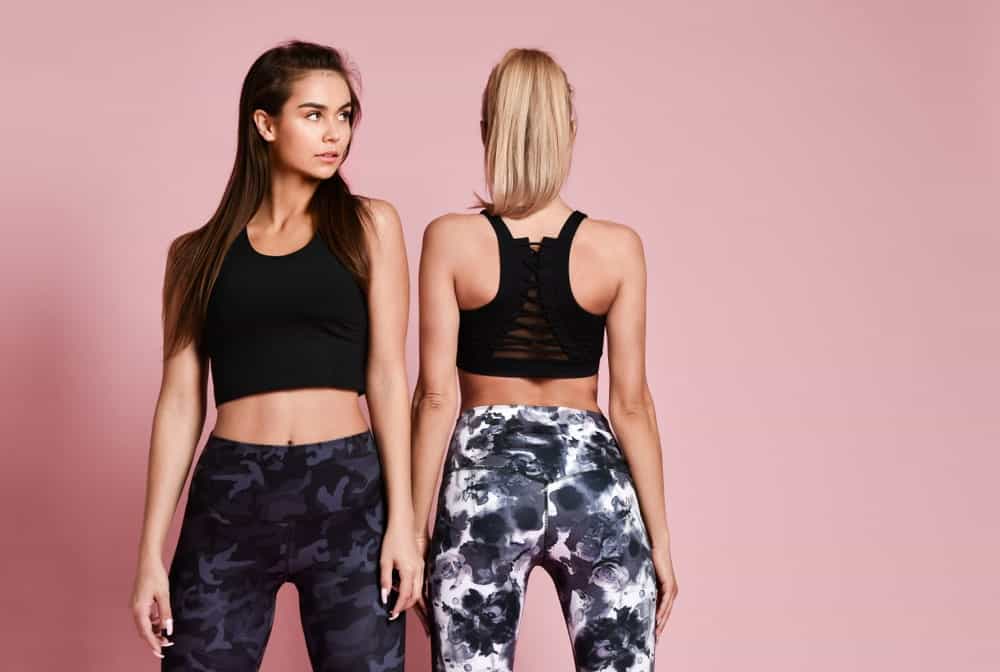 There’s a new shopping destination in town that I’ve been hearing a lot about. I ventured over there last weekend to check it out and wow, was it gorgeous. There was beautiful landscaping, coffee shops, restaurants, casual seating areas, and even a dog park!

Oh, and of course the shopping was top-notch, but what struck me as odd was the fact that they had placed Athleta and Lululemon on the same street. Why did they basically put these two competing brands right next to each other? With iced coffee in hand, I decided to take a stroll through these stores to see what’s what. 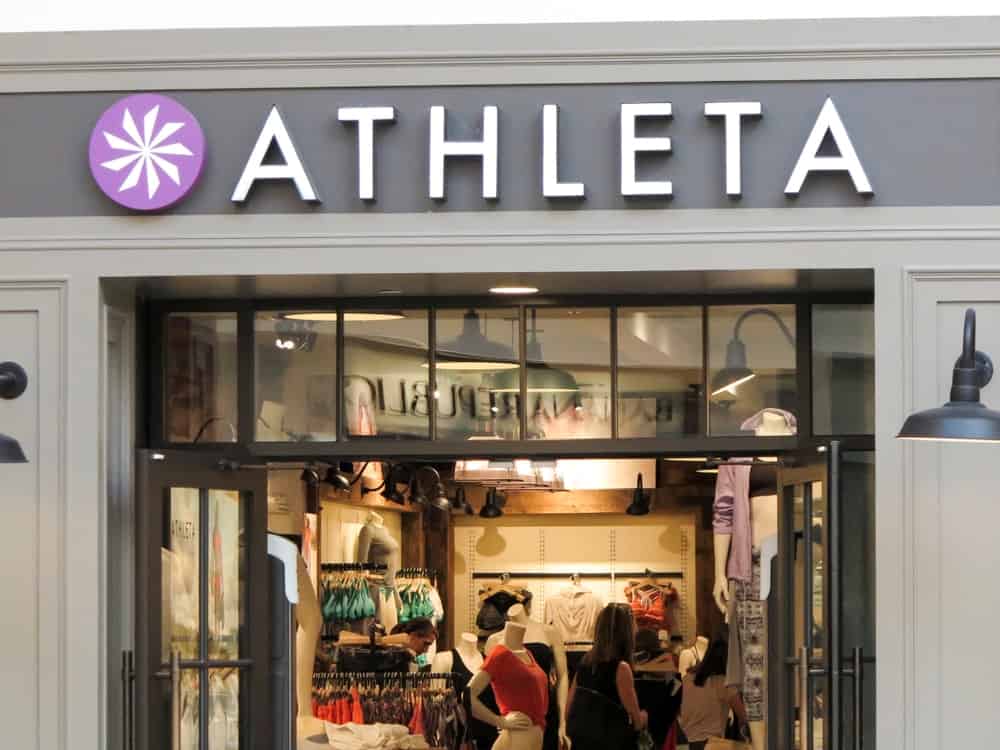 Athleta is a women’s and girl’s athletic wear brand. They are a subsidiary of Gap which also owns major retailers Old Navy and the Banana Republic. Athleta focuses on empowering women and girls in every facet of life, from mind and body wellness to self-care, to community building, to financial and career fulfillment.

They offer everything you need for your next workout including leggings, shorts, tanks, and tees, and they even have street clothes like denim jeans… in case you ever find yourself having to run after some bad guys while catching up with your squad at brunch. 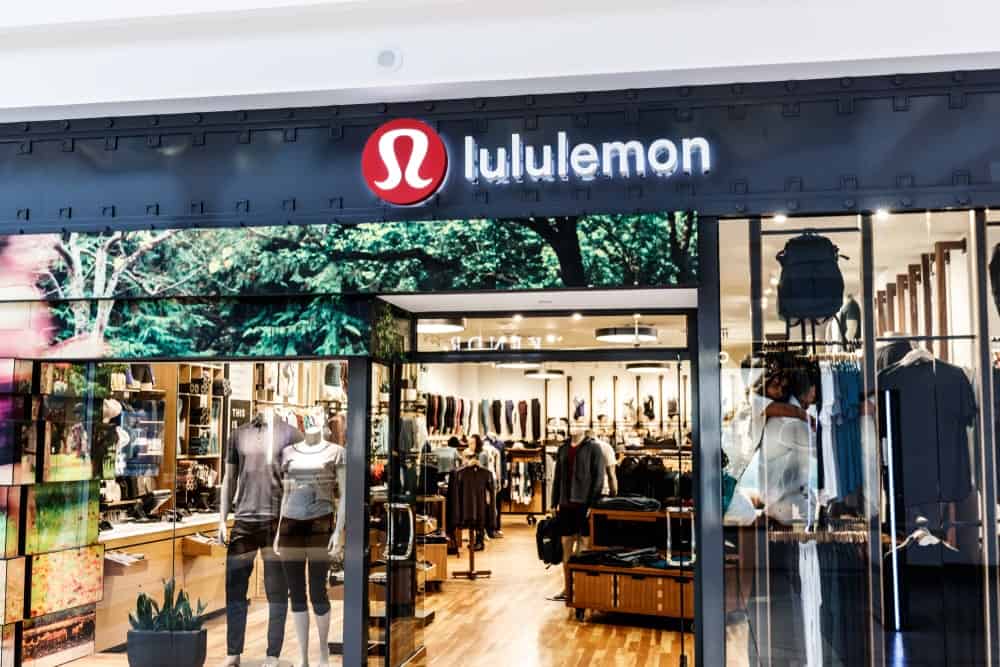 Even if you don’t “do” exercise, you’ve probably heard of Lululemon. More specifically, their leggings. Lululemon leggings are considered the end-all-be-all for women’s activewear.

They’re also known for being expensive, topping out at $168 for one pair. Lululemon also sells men’s and girl’s athletic wear. Not only do have the standard workout wear such as leggings, shorts, tanks, and tees, they also have more street clothes-inspired offerings like dresses, swimsuits, sweaters, and coats.

How Are They Alike & Different? 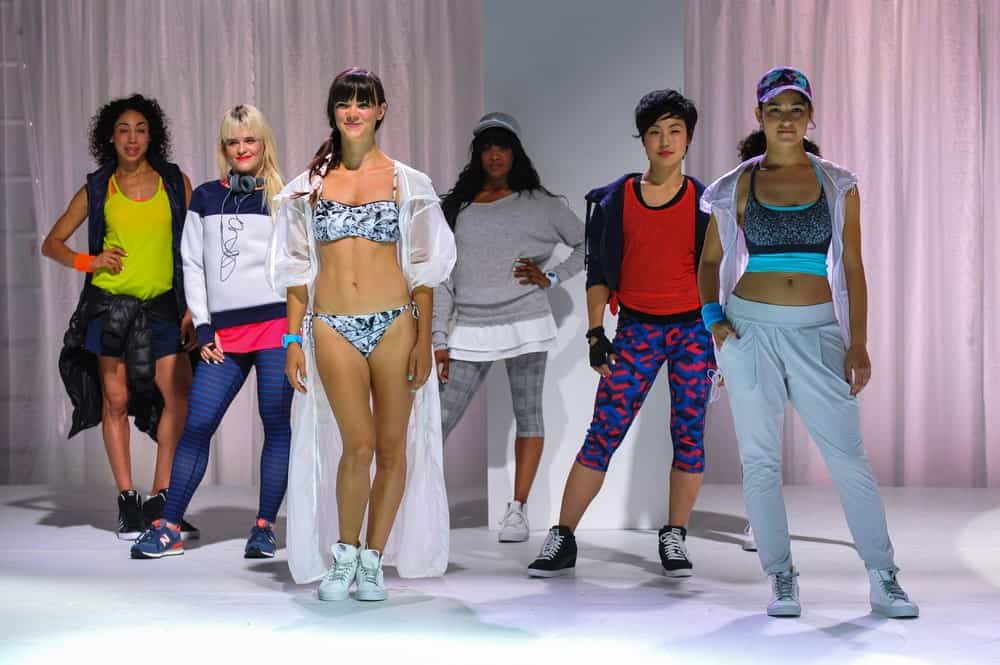 There’s a lot that’s similar about these two brands, but there are also some pretty big distinctions. Yes, both are high-end women’s activewear lines, but Athleta is more focused on inclusivity and female empowerment, while Lululemon focuses on high-performing athletes. Here are some more details to help you determine where you want to shop the next time you’re in the market for new athleisure wear.

What Does Each Brand Offer? 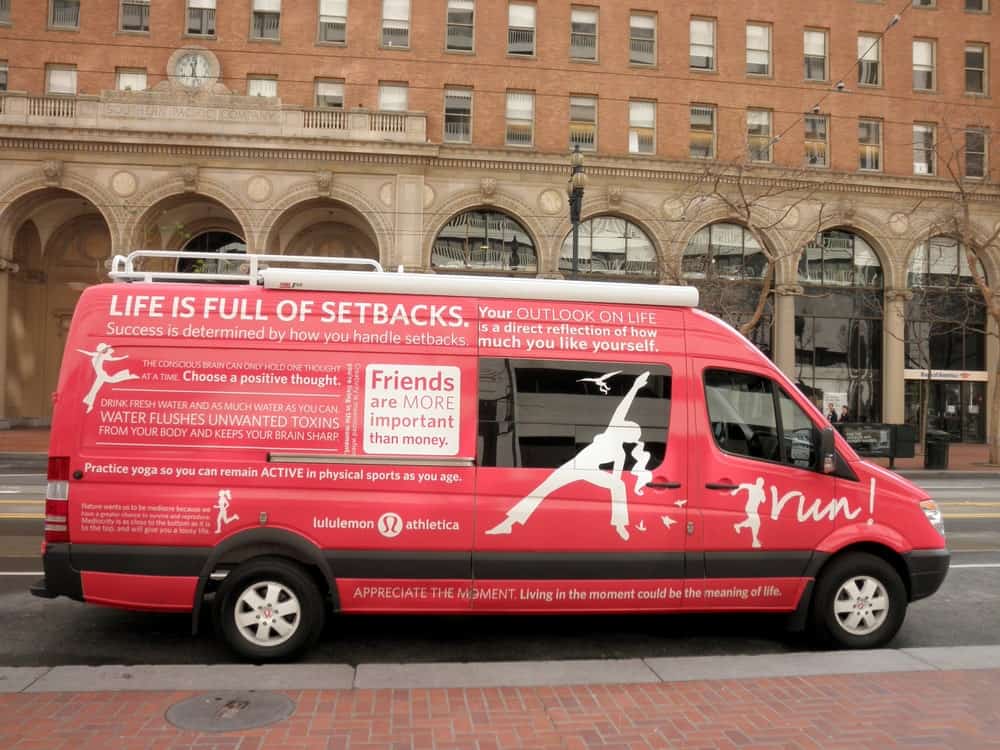 Both brands offer the standard athletic gear a woman needs such as pants, shorts, and leggings, tanks, tees, and hoodies. You’ll also find apparel for young girls in both brands that include bottoms like shorts and leggings with tops like tees and sweatshirts.

Lululemon offers all of the above, but also adds men’s wear to the mix. This includes athletic wear such as joggers, shorts, tanks, and tees, but also stretches into street clothes that include button-downs, polos, pants, and shirts.

Where Are They Located? 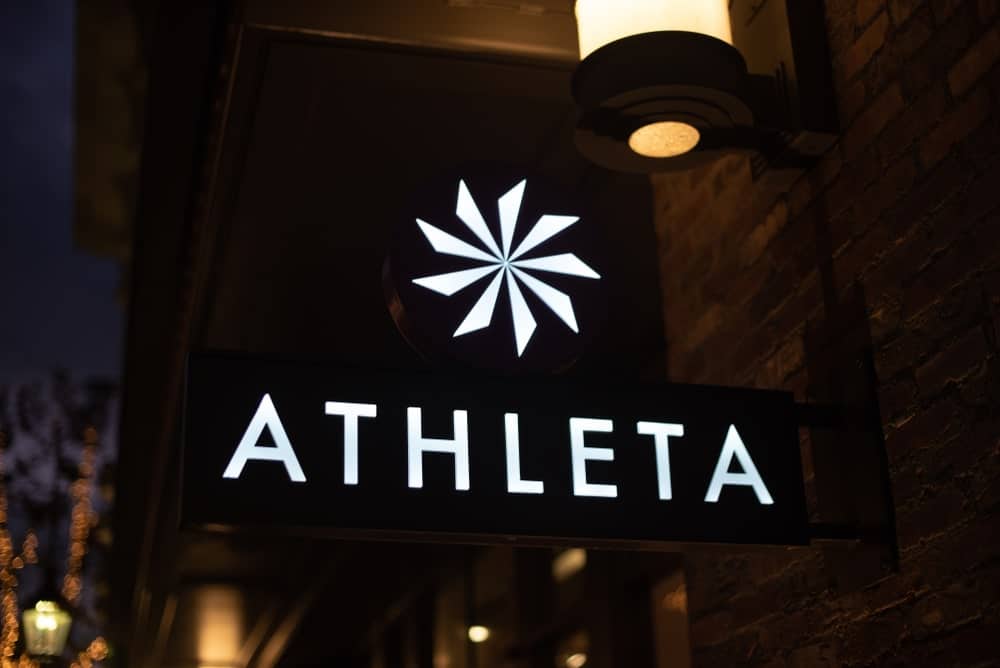 Athleta has approximately 189 stores in the United States but none outside the country, meaning, I have to drive at least 70 miles to find my closest store. Thank God for online shopping. 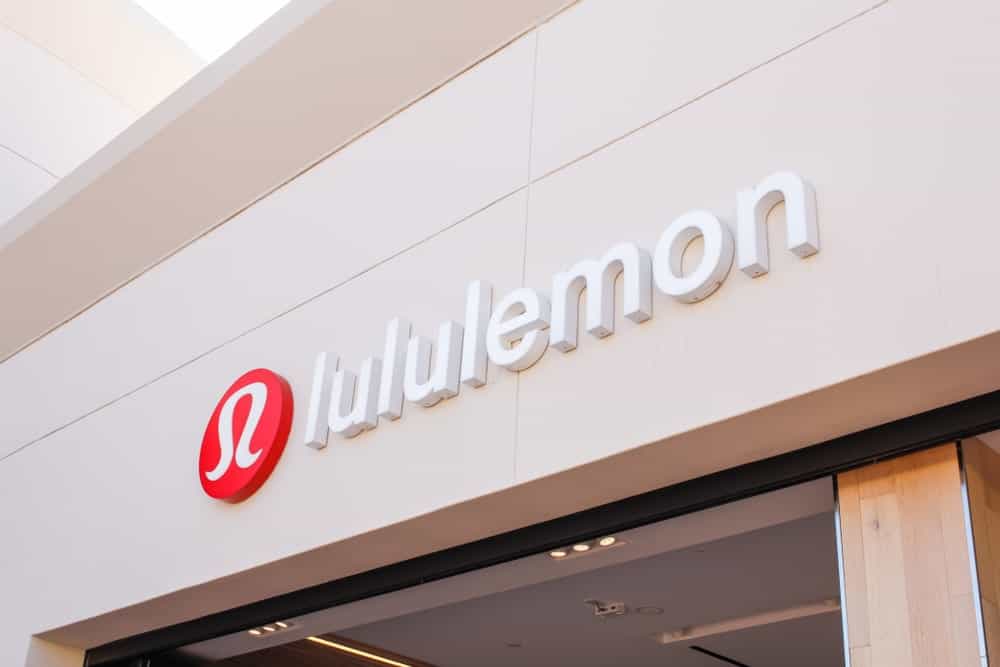 Lululemon operates 384 stores in the United States with an additional 80 stores in Canada which makes them far more available to the North American continent.

Sorry to say that if you don’t live in either the United States or Canada, you don’t have access to either of these luxury workout wear brands, not even through online shopping.

History of Each Brand 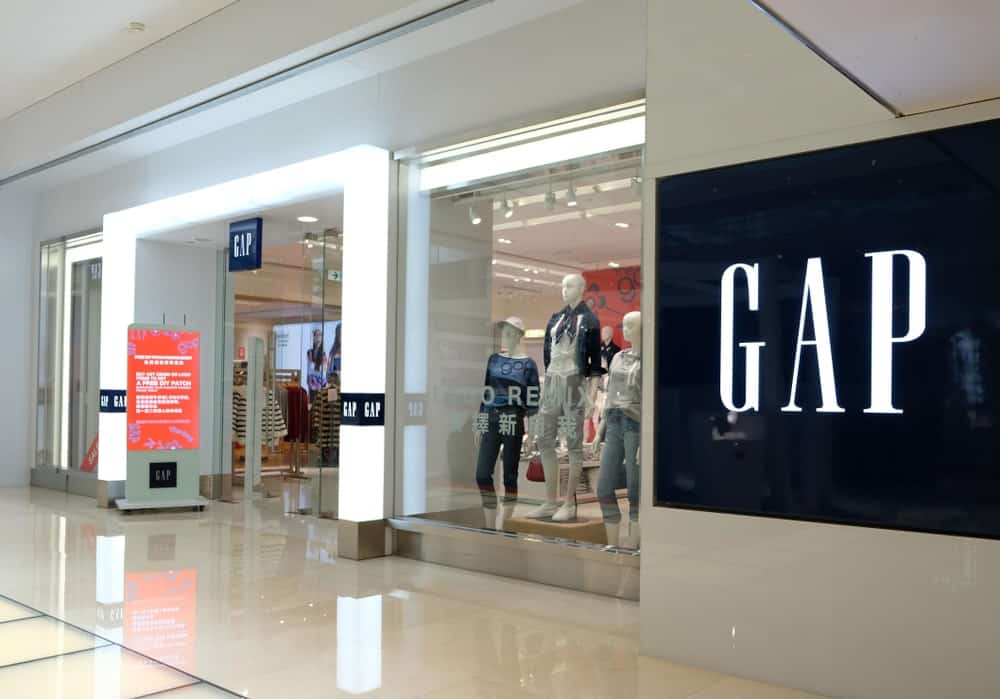 Although Athleta was originally founded in 1998 in Petaluma, California, it was acquired in 2008 by The Gap, Inc. It started as a running and cycling brand. Since that time it has evolved with the political climate and adopted a “The Power of She” campaign in 2016 that aligns with the growing women’s rights movement and offers athletic clothing for a variety of different body types.

In fact, instead of taking men’s clothes and following the typical “shrink it and pink it” mentality, they instead put women first when designing their activewear. To compensate for the male half of the population, they have also developed a separate men’s line called Hill City which began in 2018 that closely mirrors the women’s-focused Athleta line but remains entirely separate in all marketing activities.

Lululemon was begun in Vancouver, Canada, in 1998. They opened their first retail location in November 2000. Although they started as a yoga studio, they quickly transformed into a community hub where people could learn about and discuss healthy living, mindfulness, and living their best life.

Since then, they have grown into a movement that empowers people to grow, become leaders, and set goals that allow them to reach their ultimate potential. Today, their market consists more of pro and elite athletes who spend a lot of time in the gym or otherwise working on their body’s physical health. This brand is meant for those who are committed and dedicated to bettering their bodies and achieving remarkable things with them.

Benefits of Each Brand 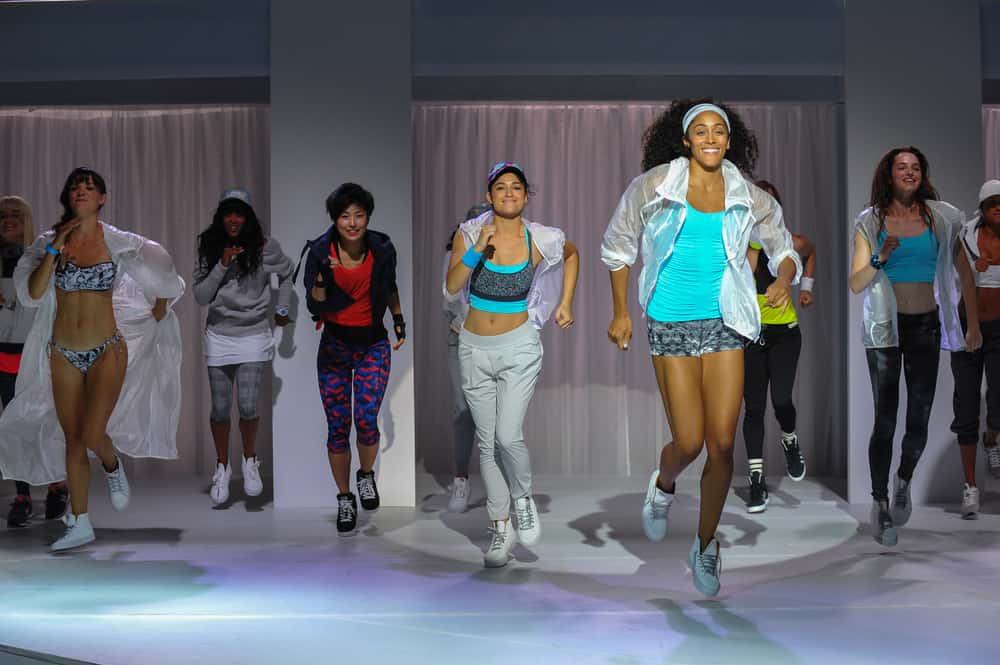 What’s great about Athleta is its female empowerment mission. Today’s generation is about standing up for women, speaking our minds, and getting what we deserve. It’s refreshing to see an activewear line that is specific to women and not just remodeled after a men’s line.

I also like that they are inclusive of all body types and sizes, not only in the products themselves but also in their models and online content. Women don’t work out just to be skinny. We do it to be healthy, to relieve stress, and okay, maybe so we can enjoy a cupcake or two at the office birthday party.

It’s nice to see a brand that celebrates and empowers women and gives them the tools they need to rock their worlds. 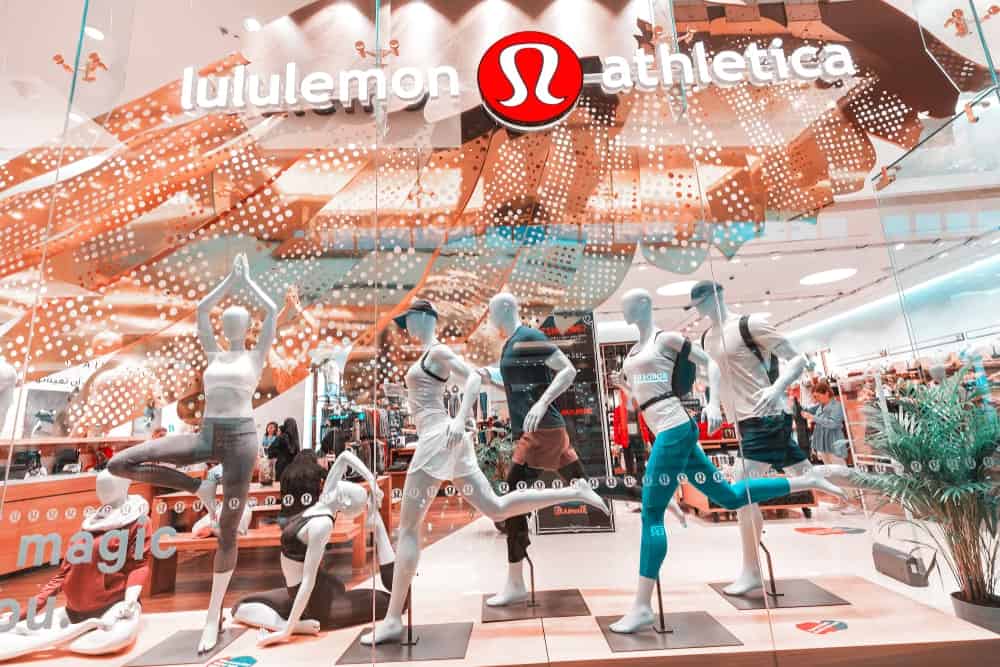 Lululemon comes from a place of whole mind and body wellness. They like to focus on what activity will make you the best you can possibly be. They focus on your entire life and offer clothes to get you from brunch, to work, to the gym.

They offer an inspiring community of elite athletes and store ambassadors to help you on your fitness journey and encourage you to step outside your comfort zone. They aim to show their followers that sweat isn’t bad and that it’s what happens during your sweating that unleashes your biggest potential.

Downsides of Each Brand 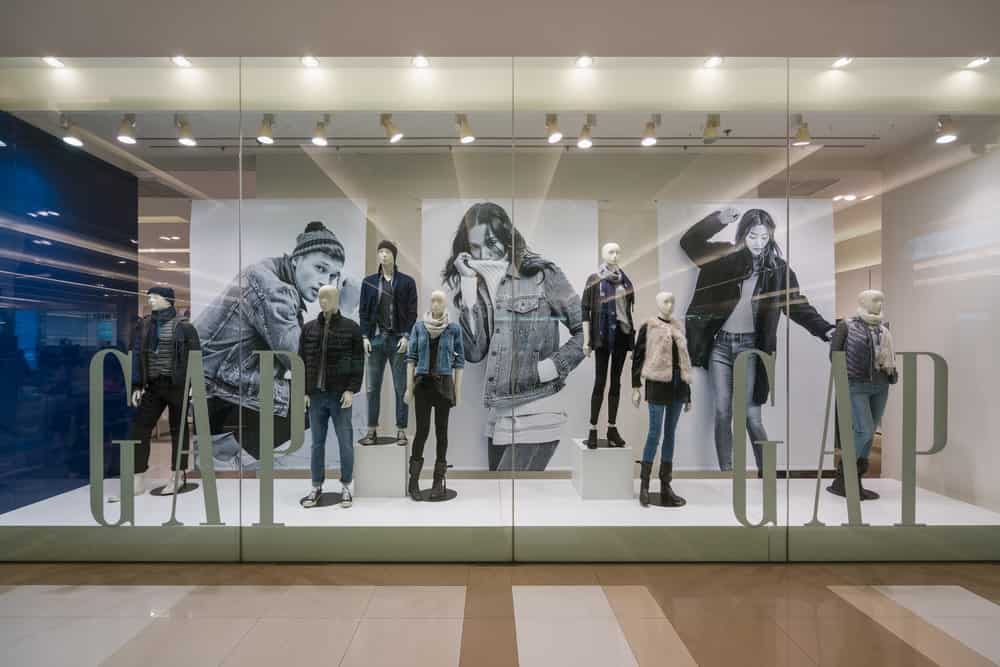 Since Athleta is a subsidiary of The Gap Inc., every dollar you spend with them is supporting Gap Inc. as a whole. In recent years, Gap has been closing many of its mall-based stores because they’ve been struggling. Some expect that this is because they’ve overextended themselves and built more stores than the customers desired.

Because of this, they have been slow to build additional Athleta stores, which is why there are much fewer locations. Gap executives are counting on Athleta and the athleisure trend to keep their stockholders happy. 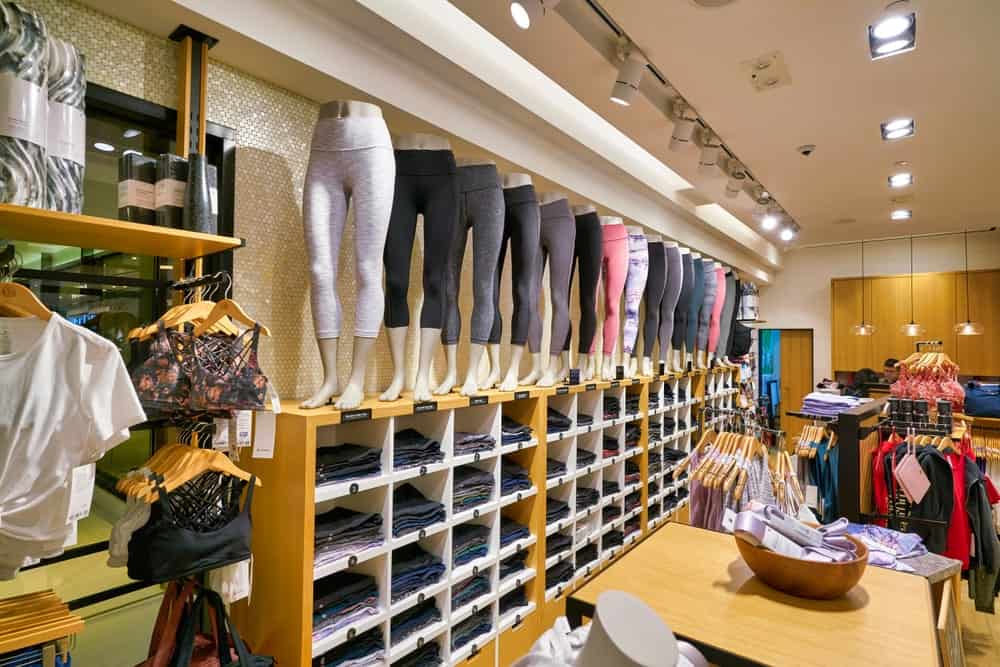 Lululemon may be too narrow in their audience profiling. By targeting the highest performing athletes, they leave out a vast majority of athletic wear buyers. I, for one, love to look cute when I workout, but I’m not winning any Olympics gold medals in my life.

Or, heck, even qualifying to go to the Olympics in the first place! I think this is their biggest marketing flaw but it doesn’t seem to be hurting them at all considering profits are just going up and up every year. 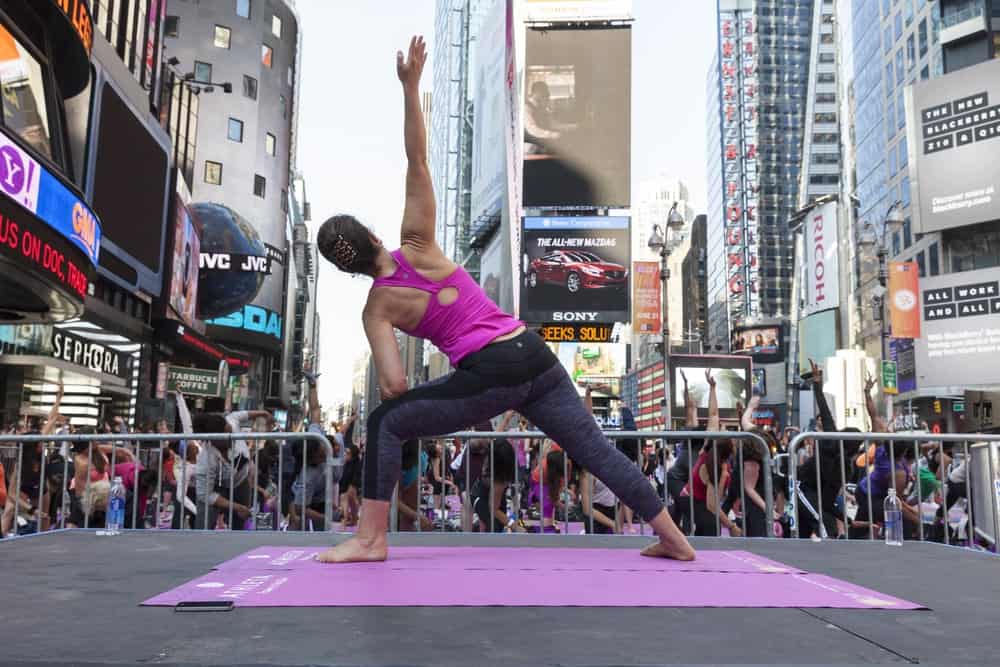 I truly think both brands offer a great product and if you can afford it, you can’t go wrong with either. It all comes down to who you want to support at the end of the day. Both are pretty big companies but I happen to be a fan of The Gap and Old Navy so I would probably choose to shop at Athleta.

I like that they are more inclusive of women’s body types as well as fitness levels. Lululemon has made a big mistake by gearing all their marketing to elite athletes. I guess there’s a place for that, but it’s just not for me.